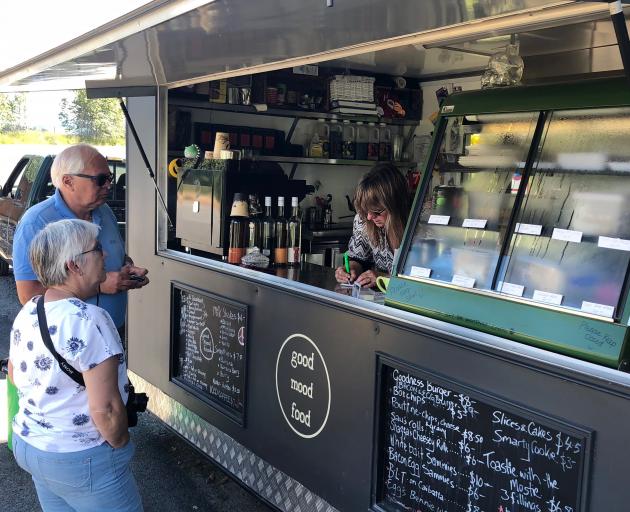 Western Southland tourism operator Joyce Kolk serving customers at the riverside food cart. Photos: Supplied
Southland has been investigating how best to boost its tourism opportunities, aiming to hit $1billion in tourism revenue by 2025. Business reporter Sally Rae speaks to one tourism operator in the region who is excited about the opportunities that lie ahead.

When Johan Groters and Joyce Kolk realised they needed to make their tourism venture into a ''proper'' business two decades ago, there was no such thing as a business plan.

In fact, if someone had asked to see such a document, they would have looked at them blankly, Ms Kolk laughs.

All they wanted to do was ''make ends meet and have fun doing it'' and they have maintained that philosophy as their eco-tourism operation in Western Southland continues to grow in ''leaps and bounds''.

The couple run the award-winning Wairaurahiri River jet-boating operation and have also expanded in the past two years to offer a second jet-boating experience, on the Waiau River.

A riverside food truck has further diversified their visitor offerings, while their business was also combined with a predator control programme helping protect vulnerable native species. 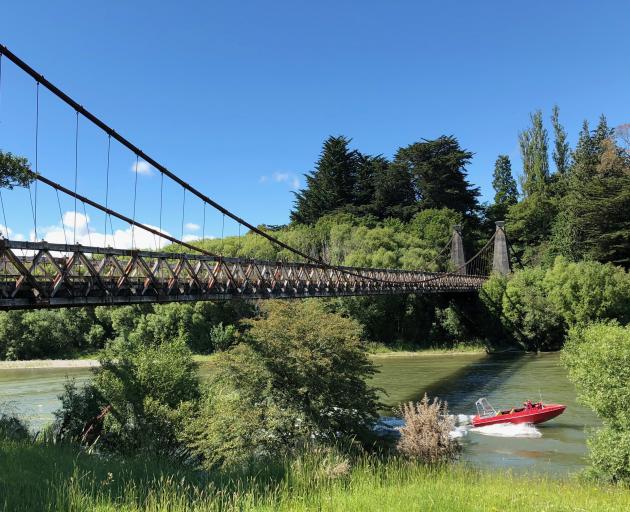 Johan Groters at the wheel of the Southern Scenic Jet boat on the Waiau River at the Clifden suspension bridge.
The operation had its origins in the days when Mr Groters and a fellow deer farming friend hunted in the area.

The pair figured there must be something they could do that would pay them to be in such beautiful surroundings, and they started taking people down the Wairaurahiri River in an old boat.

When concessions came in, they successfully applied to operate on a part-time basis. That was in the mid-1990s, and it was about 1999 when a new boat was built - and Ms Kolk was on the scene - that the decision was made to turn it into a ''proper'' business.

Back then, the couple did other things during the off-season, including collecting slink skins and chopping firewood, but it had since become much more of a year-round operation. It was not often that there was not a jet-boat trip happening, Ms Kolk said.

A noticeable change in the past couple of years had been the steady stream of tourists coming through Southland in the middle of winter, adding to the significant increases in visitors coming during the warmer months.

Their mission was to be economically, socially and environmentally sustainable to reflect the ''pristine'' environmental in which they operated.

Many of their visitors were people who had visited New Zealand at least once before, had done all the ''touristy stuff'' first time around, and wanted something different.

Throughout Western Southland, tourism operators and accommodation providers were being booked out for larger periods of the year, reinforcing the value of tourism to the region's economy, Ms Kolk said.

The presence of more high-end accommodation had also helped boost their own clientele and she was pleased to see more people venturing into providing the likes of AirBnb accommodation. Anything that helped people come to the area was positive.

''We're just confident in tourism for Southland, really. I think it's going to be a good season,'' Ms Kolk said.

She believed Invercargill should be becoming a destination, as there were so many positive things coming to the Southland region.

It appeared the Southland District Council, Venture Southland and Environment Southland were all very proactive in trying to keep the infrastructure right to cope with the increase in tourism numbers, she said.

The couple were keen conservationists and ran various eco-tourism activities, such as the hands-on Trip and Trap, and the Coastal Clean-Up.

More visitors were interested in ''the birds and the bees and the trees'', Ms Kolk said.

Visitors could become part of the stoat trapping project and,

for the price of a jet-boat ride, people were able to sponsor a stoat trap for two years. Sponsors could then take up the option of a free jet-boat ride to check trapping progress.

Sometimes traps were placed along the South Coast tracks, and the increasingly popular Tuatapere Hump Ridge track, as part of the programme.

About 1800 stoats, rats and weasels have been removed from native forest around the Wairaurahiri River since it started in 2006, and trap numbers had grown from 10 to about 300.

''The education for overseas and local visitors is so important, that New Zealand is unique, and we do need to take care of what we have,'' Ms Kolk said.

The pair was also heavily involved in coastal clean-ups, held every second year, in different locations around the southern coastlines.

This year, the clean-up was done on Stewart Island beaches. Across the past four clean-ups, more than 56 tonnes of rubbish had been removed.

During the past two years, the couple has started Good Mood Food, situated at the historic Clifden suspension bridge, and the adjacent Southern Scenic Jet, offering jet-boating from the bridge upstream on the Waiau River into the native beech forest of the Waiau Valley.

The couple employed two staff, and had a third on call for particularly busy times. Ms Kolk also roped in her son to help when needed.

She attributed word of mouth as the key reason behind their visitor numbers, the majority referred by friends and family.

Many visitors did not want to be ''with the crowds'' and enjoyed the opportunity to see few other people.

It was a beautiful, unmodified area in which to run a business, and the couple loved the interaction with their customers - Mr Groters particularly got a kick out of ''people coming away being little eco-warriors''.

''I never feel like I don't want to get out of bed every morning. Ever,'' Ms Kolk said.