Fallout may be short-lived 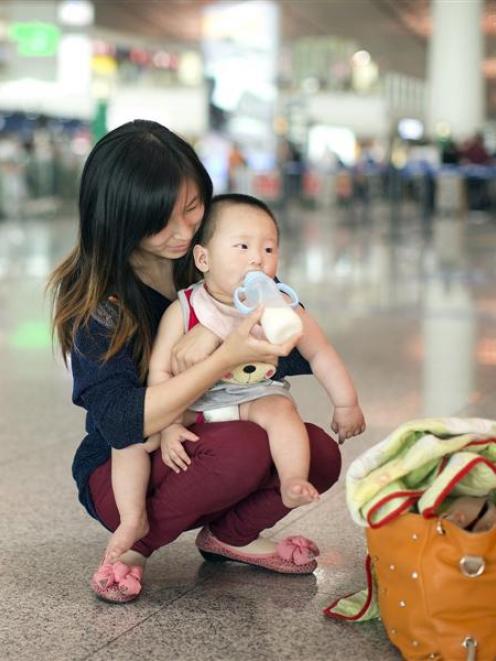 The full impact of the Fonterra crisis is unclear. Photo by David White.
The full economic impact of Fonterra's infant formula contamination scare remains unclear, although some economists have suggested it may be short-lived.

Both the New Zealand dollar and units in the Fonterra Shareholders Fund slid yesterday in response to the issue, but later recovered from the earlier lows.

By mid-afternoon, the Fonterra units were trading at $6.72, which was down 40c from closure on Friday but off their low of $6.50 yesterday morning.

BNZ economist Doug Steel said the issue was ''clearly negative'' for the New Zealand economy but just how much was very difficult to gauge.

The impact would depend on the response from Fonterra, authorities and other interested parties. However, in principle, the real economy impact should be short-lived, Mr Steel said.

The fallout was very important to monitor, as any lingering major concern about the quality of New Zealand's food production could have far-reaching economic implications, given food's large share of the nation's exports.

However, he also recalled how the DCD-residue issue in January receded relatively quickly and there was ''a chance that this does the same''.

There would be a lot of attention on tomorrow's GlobalDairyTrade auction, although none of the products that Fonterra sold on the GDT platform were affected.

It would be a useful guide to general market sentiment, he said.

ASB senior economist Jane Turner said any short-term trade impact would happen at the low of the export season.

Dairy product could be stored for export at a later date, suggesting any short-term economic impact ''could well be modest'', and any longer-term implications would depend on Fonterra and New Zealand's ability to reassure customers of the quality and safety of its food exports.

As New Zealand accounted for about a third of globally-traded dairy product, it was hard for consumers to substantially substitute away from New Zealand product, she said.

Craigs Investment Partners broker Peter McIntyre said the issue was that Fonterra had known about it for ''a number of months'' and ''haven't really come out and said anything''.

It was obviously important that the co-operative maintain a high standard of quality assurance and, from that end, it looked like becoming ''a little bit of a PR disaster'', Mr McIntyre said.

Hopefully, the issue would be sorted ''quick smart'' and it would blow over within two to three weeks.

There had been quite a wide-ranging effect on the currency markets, while some investors and farmers were seeing it as a buying opportunity.

There were also ramifications for other exporters, he said.

In a market commentary yesterday, ANZ said New Zealand needed to ''lift its game in the execution arena''.

''The past few months have seen multiple episodes of New Zealand shooting itself in the foot.

"Cynics might point to rising use of non-tariff barriers but, of late, we've seen invoicing issues (kiwifruit), meat stuck on wharves (certification issues), and now this in the dairy arena.

''It's failure on the execution side, as opposed to any lack of opportunities that risks holding NZ Inc back,'' the bank said.

There were mitigating factors to the issue - global dairy supply remained tight, the volumes involved were small ''and heavy-hitters will no doubt be doing a lot of schmoozing to soothe things over''.

At this stage, the bank believed it would not have a large impact on earnings for the financial year.

A lot depended on the extent of the quality issue, the length of time exports were suspended from markets and which particular markets were affected, and the reputational hit, it said.

Mid-Canterbury-based milk processor Synlait Milk yesterday moved to reassure its customers that all products it manufactured were safe.

It had not used any of the whey protein concentrate recalled by Fonterra in the manufacture of its nutritional powder products.

Managing director John Penno said the company expected the incident would result in some short-term disruption to trade and some additional testing requirements for some markets, but it did not expect it to impact the growth of its infant formula business beyond the immediate disruptions.