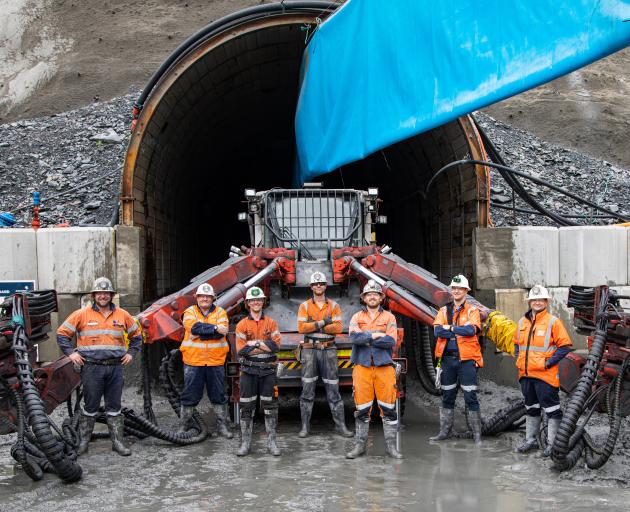 Five thousand tonnes of ore had been moved to the mill for processing at the end of October.

The start of production from the mine was an important milestone for the operation, underground mine manager James Isles said in a statement.

Golden Point Underground would soon replace operations at the Frasers Underground and was one of the projects contributing to the recent eight-year extension of the life of the mine.

The underground team had delivered first production on schedule, however encountered challenging ground conditions in the upper section of the Golden Point decline, Mr Isles said.

"To ensure we were developing a decline that delivers long-term stability and safety, we implemented a rapid cable bolt installation system.

"Using the new system, the anchors can be drilled and secured by a jumbo operating at the face as part of the normal ground support cycle and encapsulated using pumpable resin by the support crew when they come in to charge the heading.

"Cable bolts are used to stabilise the walls and roof of the drives (tunnels) and the new system is much more efficient," he said.

Macraes operation general manager Mike Fischer said such innovation was central to the approach at the operation.

The Macraes site started in 1990 with a life of seven years and recently surpassed 31 years of continuous mining.

Every day it focused on the partnerships, technologies and skills needed to sustainably mine gold "for many years to come".

Although the Macraes operation might be considered a mature mine, there was potential for the mine to be producing for another 30 years, he said.

The mine had produced more than 5million ounces (141 tonnes) of gold.

Late last year, it delivered its single longest life of mine extension, of eight years, and it was working to produce around 1.1million ounces of gold over that time, he said.

"We’re proud to be contributing to economic growth. Our operation accounts for approximately 20%-30% of the local economy and in 2020 we provided employment for around 1000 people, invested over $US124million [$NZ182million] with local and national suppliers and contributed over $US24 million in taxes, rates and royalties."