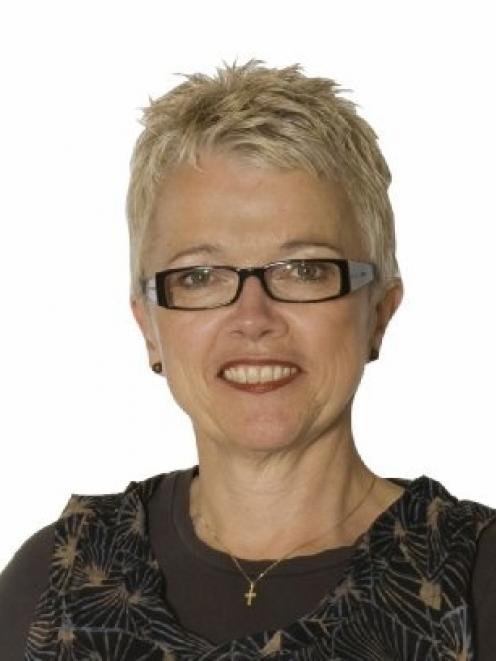 Liz Nidd
The Reserve Bank's loan to value ratio (LVR) restrictions on banks' lending has seen a large decline in the lower end bracket of Dunedin house sales, and an increased workload to sell them.

As with indications from the national data from the Real Estate Institute of New Zealand (REINZ), the numbers of house sales are declining, while the median price is rising, the latter likely because the higher price brackets are making up a larger percentage of sales.

An unanticipated consequence of the LVR, may be buyers having to dig deeper yet again to supply a wider range of reports for insurers and banks.

Nationally, the sub-$400,000 bracket historically makes up more than half of overall sales, and compared with a year ago, the number sold for March was down almost 22%, from 4042 to 3155.

''The LVR application, as a broad brush stroke, has been crazy,'' Ms Nidd said; citing Dunedin house sales in March falling 16%, from 225 homes a year ago to 189 this year.

While the LVR started in October last year, there appeared to be little immediate, measurable effect.

For the three-month period, there were a total 66 fewer Dunedin homes sold than during the corresponding period a year ago.

Ms Nidd said ''The work required to get each deal together has become huge ... up to 80% of sales now require an electrical report,'' she said, alongside more common LIM and building reports.

Subsequently, the need for more information meant more time and decision-making before a purchase could be completed.

''It is the nature of older homes, 50 or 60 years, that something will crop up from an electrical or building report. Then [buyers] want to renegotiate the price,'' she said.

In the Dunedin selling bracket of $180,000 to $200,000, Ms Nidd said to get deals through ''they had to be superglued together'', because of the increased scrutiny from banks and insurers, plus the LVR restrictions.

On the REINZ data for January, Ms Nidd said she was continuing to see the proportion of sales under $300,000 at a lower level as first-home buyers came to terms with the Loan to Value changes.

Ms Nidd noted February was a quieter month than expected, with just 160 sales, compared with 181 last February, which contrasted with 330 new listings during February.

''This is being felt at the front line as there seems to be a normal number of properties coming to market, [but] with fewer buyers to attract,'' she said.

Ms Nidd said there were also indications of a market which was ''very risk averse''.