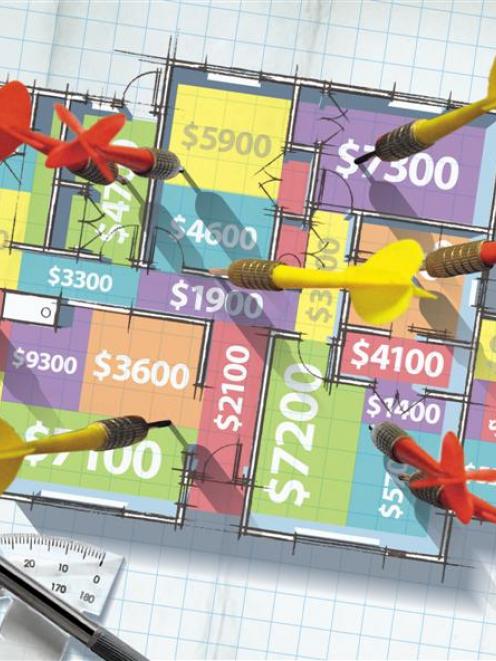 The insurance industry's move this year from offering unlimited replacement cover on homes to sum-insured cover remains fraught for householders.

While commercial property owners appear better placed, having to annually assess building values, there remain fish-hooks for them in the earthquake strengthening compliance issue.

For homeowners, the problem is where to get an accurate assessment - is their replacement value $1800 per square metre to finance a rebuild or $2850 per sq m. And a problem is whether the tradesmen and professionals assessing homes can get indemnity insurance to cover themselves should their assessment be incorrect.

The insurance sector's move, a return to sum-insured cover as it was several decades ago, comes about from the Christchurch earthquake. Many insurers were caught short, given the widespread destruction and sheer volume of claims.

Crucially for the insurance companies, moving back to sum insured gives them certainty when they themselves go to their global ''reinsurers'' to cover their polices, some reinsurers having also been caught out over the extent of Christchurch claims.

Later this month, ''intermediated insurer'' Vero, whose insurance is sold through other parties, is running a seminar for about 20 brokers in Dunedin, updating them on general industry issues, details of Vero policies and issues surrounding the sum insured and seismic strengthening.

Vero head of corporate affairs and marketing Ron Burke was contacted and said the return to sum insured was standard in developed countries, and there were no ''pitfalls'', nor were customers ''losing'' as the change was made.

''They can still insure for what they believe they will need for a full rebuild of their house.

''An owner who has an expensive house may want to take out more cover than the owner of a more standard or less costly house,'' he said.

However, quantifying how to arrive at the ''more cover'' requirement to give homeowners 100% surety they are adequately insured appears to lie in the hands of registered valuers or quantity surveyors. Potentially, that can cost from a few hundred dollars up to several thousand.

Steve Flanders, director of Dunedin registered quantity surveyors Flanders Marlow, is himself still seeking guidance from his own insurance broker on liabilities involved.

''For us, it's a difficult and dangerous situation. If a place is insured for $2500 per sq m, but it [a rebuild] is $3500 per sq m, who is going to be sued?'' As an example, he compared two identical houses side by side, but one in original, well-kept condition, and the other fully relined, insulated, LED lighted throughout and with new kitchen and bathroom.

''These will be vastly different when it comes to rebuilding,'' he said.

Mr Flanders estimated a recent client's $90,000 imported kitchen would require a $6000 per sq m valuation to adequately cover it.

''I just can't see that it's plausible to do the right valuation for them,'' he said.

Mr Flanders estimated that because of the inaccuracies of council-held building plans, alterations, and the need for an overall condition report, it would cost up to $1000 for a quantity surveyor's report.

Tony Chapman is director of Chapman Consultancy, a registered public valuer of commercial and residential buildings in Dunedin, and has few qualms about offering valuations on the incoming ''cost to replace'' requirement.

The nature of home valuations, usually for clients requiring them for bank loans, meant valuers' assessments were historically liable to be held up to legal scrutiny''We place a value and sign our name to it. Ultimately, it has to stand up in a court of law,'' Mr Chapman said.

Mr Chapman said a ''minimum'' fee range for a valuation began at $350 to $450 for a home, noting the higher fee structure for a quantity surveyor's report was higher because of the greater depth of analysis, down to pricing ''the last nut and bolt'' used in a structure. A local Dunedin builder, who has so far declined requests to value home replacements, said a basic per square metre cost was ''on paper feasible''.

However, it would require an additional ''extensive list of extras''; such as bathroom or kitchen fitouts, landscaping and retaining walls, any prominent features such as internal feature stone walls or traditional plastered ceilings.

''The sale price of a house is no guide to its [rebuild] value,'' he said.

An established quantity surveyor in Otago was contacted, but did not want to be identified because the assessment issue was still being discussed, albeit not openly.

''There's just so many variables to each house; no two are the same.''

Some media reports have suggested costs of a quantity surveyor's report would be up to $600, but the Otago surveyor estimated a two-day assessment by him, plus plumbing and electrical assessments, would more likely cost up to $2000.

''How do you justify passing on costs like that to clients?''The ''key issue'' for the quantity surveyor is who would indemnify them if their costings were found to be incorrect, following an insurance claim, he said.

''It'll give insurance companies the excuse to open up [counter claims] on another front,'' he said.

The quantity surveyor highlighted problems in getting the most up-to-date plans, assessing alterations, what type of linings were behind walls and ceilings and what maintenance had been carried out.

He said the prices paid for homes ''had very little bearing'' on their actual rebuild costs, citing as an example the difficulty in assessing the rebuilding cost of a 115-year-old wooden home.

However, under the new building standards, pre-1976 commercial buildings must have a minimum 33% earthquake-proof compliance. Dunedin building owners have been given five years to have a report done, and a further 10 years to have strengthening work completed.

Mr Burke said ''insurability'' of commercial buildings depended on a range of factors: whether it was in a seismically active area, whether it was a poor standard of building or whether it was likely to kill or seriously injure people in an earthquake. If a building was less than the mandatory 33% compliant, but had a strengthening plan under way, that would be a factor Vero would take into account when considering whether to insure.

''If they had no plans to strengthen the building, we would not insure,'' Mr Burke said.

Mr Burke said there were many reasons why the insurance industry was moving to the sum-insured approach, including that property owners and insurers could both be clear about how much would be paid out on a major, or total loss.

'' Confusion about that has been a cause of significant concern for some customers in Christchurch following the earthquakes,'' he said.

He said the overseas reinsurers also wanted to know how much they would have to pay out if there was another major disaster in New Zealand.

''They were surprised at the amount of the losses in Christchurch and have been pushing for a move to sum insured,'' he said.