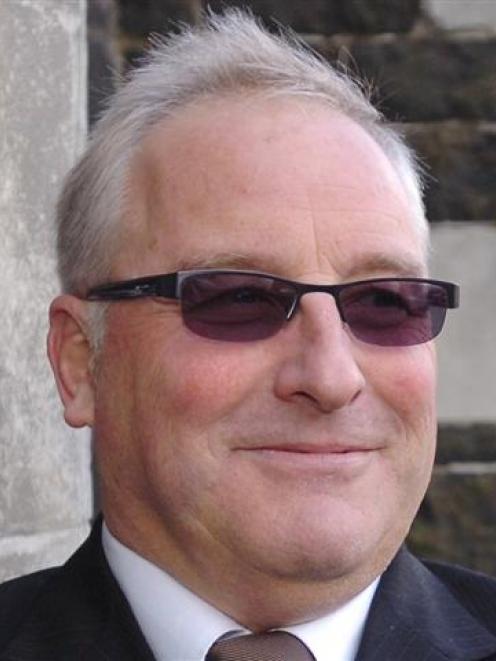 Stuart Young
Dunedin's historic Catholic churches are next in line to face forecast rises in insurance premiums, which has been likened to a "tsunami about to hit".

Dunedin Catholic Diocese general manager Stuart Young said church parishioners were ultimately the ones who would bear the costs of rising insurance premiums, brought about by the Christchurch earthquakes.

"It is a tsunami about to hit us. We face a renewal of our policy at the end of the month... we are also in a position where our broker is negotiating with a new [insurance provider]," Mr Young said.

New Zealand's Catholic dioceses are in a similar position to Presbyterian parishes, after insurance company Ansvar vacated the market last month and left the religious groups having to find a new provider.

Mr Young said negotiations were under way with three potential providers for insurance cover for next year.

Dunedin's Catholic diocese had not experienced any increases in its insurance cover to date, but he was concerned about the financial impact of its impending policy renewal.

"It's like a firecracker about to go off. The insurance market has had several reactions to recent events," Mr Young said.

Ansvar's move had "come as quite a surprise; they pulled out completely", from the New Zealand insurance market, he said.

"The indications are we will get cover. We're pragmatic about the [insurance] we will have next year. Heritage buildings and earthquake cover don't mix," Mr Young said.

The Catholic diocese has about seven heritage churches in Dunedin, including St Joseph's Cathedral in city rise, and churches at Port Chalmers and Northeast Valley, with another eight spread around the region.

"We need to be sensible about what risk we take and look at a diocese-wide perspective. In the event of an earthquake we might not have insurance which will allow us to totally rebuild any [damaged] heritage churches," Mr Young said