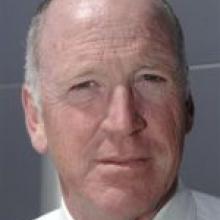 Barry MacKay
The University of Otago will incur a significant financial hit to insure its $2.3 billion worth of building and contents assets next year.

Premiums have risen by 62% in the wake of a response from international markets to the earthquakes in Christchurch.

Figures released to the Otago Daily Times show insurance premiums to cover material damage and business interruption will increase by about $860,000 to more than $2.1 million.

University financial services director Grant McKenzie said the university had secured more than 50% of its insurance cover from the international market.

The university renewed the insurance policy for its buildings and contents on December 1 at the same level as the previous year, when premiums cost about $1.3 million, he said.

The university is among a lengthening list of Otago-based organisations to be hit by rising financial costs and increasing insurance premiums for heritage buildings built before 1936.

Insurance premiums to cover historic churches have soared, while the heritage courthouses at Balclutha, Oamaru and Dunedin have been closed for earthquake-strengthening.

The University of Otago has 13 category 1 heritage buildings registered with the New Zealand Historic Places Trust and another six category 2 buildings.

The insured valuation of the university's heritage buildings is about 18% of its $2.3 billion building and contents assets portfolio - equivalent to about $41.4 million - Mr McKenzie said in an emailed response to the ODT.

Buildings built before 1936 attract higher premiums from insurance companies because New Zealand did not introduce any building standards until after the Napier earthquake, in 1931.

Mr McKenzie said the terms of cover for the university's "pre-1936" buildings were determined by the percentage of building code compliance for each structure.

The financial services director told university council members at a meeting recently there had been doubts about whether the level of insurance cover gained would be sufficient to rebuild any heritage buildings if they were damaged by fire or earthquakes.

"Of all the buildings the university owns on its Dunedin campus, only those constructed prior to 1976 were considered 'at risk' under current NZSEE guidelines," he said.

Mr McKenzie said the change in insurance premiums meant the university would have to carry "higher deductibles" as part of its cover.

Various factors would determine whether any damaged heritage building was replaced, and this decision was likely to be made by senior executive managers and the vice-chancellor at the university, he said.