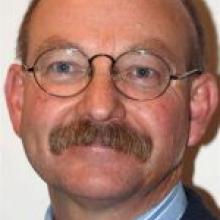 Peter Manins
Structure investor Infratil sold its stake in Auckland Airport yesterday, booking a loss of about $53 million for which it blamed the previous Labour-led government.

Infratil spokesman Tim Brown pointed out it was the second time the company had tried to sell the stake, and bemoaned the role of former finance minister Michael Cullen in preventing that earlier sale going ahead.

Infratil sold its 3.87% investment in Auckland International Airport at $1.84 per share.

The 47.4 million shares were sold by institutional placement and raised $87.25 million.

Mr Brown said the original investment had cost Infratil about $140 million, and would have been worth about $180 million under a bid last year by the Canada Pension Plan Investment Board for 40% of the airport, which the former government blocked.

The government's decision to veto the bid came after Dr Cullen moved to tighten up overseas investment criteria in response to the Canadian bid.

"Looking back, you would say it [the Auckland Airport stake] was a very poor investment. After all, we paid a lot of money for something which we sold for quite a lot less," Mr Brown said.

Forsyth Barr broker Peter Young agreed Infratil's investment in Auckland Airport had not been a good one, but he said the investment and sale should be put into context.

Infratil's Auckland Airport investment represented 6% of total assets, and while the loss was large, it did partially reflect the general collapse in equity markets over that period.

The Shell assets were rumoured to be valued at about $600 million, he said.

"Infratil is only interested in the Shell assets if the price is right and it can demonstrate it will add value for shareholders without needing to raise equity."

Infratil was trading at a 30% discount to Forsyth Barr's assessed net asset value of $2.92 a share. Mr Young acknowledged sentiment towards Infratil was more negative than it had been in previous years and the interest towards its involvement in acquiring Shell was "less than enthusiastic".

However, the company was trading at an excessive discount, and over the next six months there should be some action in disposing of the assets previously mentioned, he said.

Mr Brown said Infratil considered Auckland Airport to be a fantastic company and the new owners of the stake would do extremely well from the investment.

Infratil meanwhile had other plans.

The company had widespread investment activity under way, he said.

Infratil also recently decided to exercise a put option that resulted in its quitting a 90% stake in Lubeck Airport in northern Germany.

Mr Brown said that for now, Infratil's investment focus was on Australia and New Zealand, where "tremendous" opportunities were available.

The investment market was less competitive than it had been a few years ago. At the same time, the Government was trying to encourage the private provision of infrastructure. Multinationals such as Shell were reducing their investments, he said.