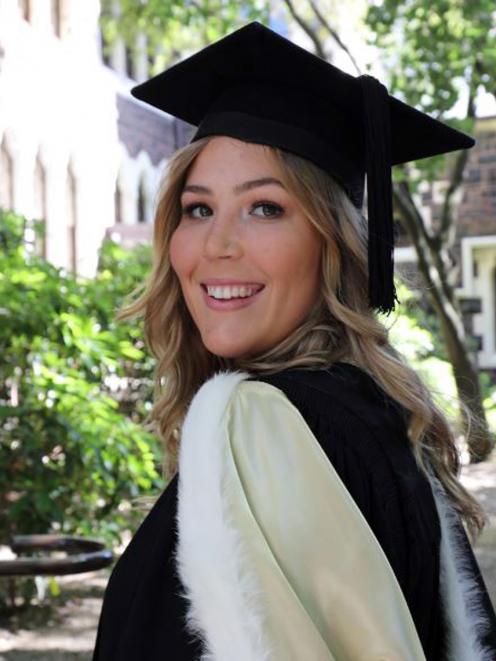 The C-Prize challenge is an environmental competition where competitors have to create a business that tackles global problems with innovation.

Competitors were asked to address three key focus areas: cleaning up waterways, reducing or reversing human impacts on climate and smarter use of finite resources.

Ms Northcoat’s business, EcoTex, designed an innovation called LessCut that would take textile off-cuts and turn them into insulation.

‘‘During the manufacturing process, no matter how efficient it is, if you are working with textiles there will always be off-cut textile waste.

‘‘We’re focusing on synthetic fibres, plastic basically ... and trying to re-use that into products.’’

Ms Northcoat said synthetic fabrics made up about 70% of all textile manufacturing.

The key to making houses warmer was a relatively simple idea, she said.

‘‘Insulation is all about trapping air ... without giving away IP [intellectual property] that’s what we’re focusing on, is trapping air and durability.’’

The combination of her studies and a desire to reduce environmental harms led to the idea.

‘‘It started with what I was studying,’’ she said.

‘‘I was studying textile science and I was always intrigued with that ... over the past year or so I’ve become more aware about sustainability and the environment.’’

As a finalist Ms Northcoat will receive a $10,000 grant as well as business mentoring from Callaghan in the next six months.

The winner will be announced in June and receive $100,000, as well as further support from Callaghan.

Ms Northcoat said the grant meant she did not have to work full time, giving her more flexibility to focus on her business idea.

‘‘I just graduated in December so it’s given me a bit of flexibility to continue working, but maybe not work as much or go into a full time role that takes up the time at the moment.

‘‘I’ve decided I really want to focus on this and give it a lot of energy.

‘‘It does need a lot of time as you can imagine.’’

She was also considering taking up postgraduate study, possibly in IT.

Ms Northcoat was excited for the chance to network with fellow entrepreneurs.

‘‘At the end of it we obviously pitch this idea for a more substantial amount of money.

‘‘But I guess at the end of the day, even if you don’t get that, you still went through the process and you still were able to meet and network with a bunch of people and you never know who’s in the room.’’