New leader steps up in agri-tech 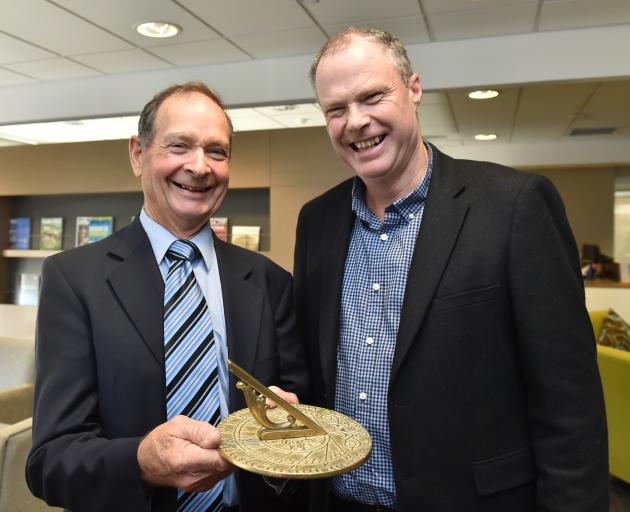 Retiring TracMap chairman Pat Garden (left) with the sundial he received as a retirement gift, and new chairman Chris Dennison. Photo by Gregor Richardson.
Tracmap's new chairman says it is an exciting time for the Mosgiel-based agri-tech company.

Chris Dennison, who farms at Hilderthorpe, in North Otago, replaces Pat Garden, from Millers Flat, who has stepped down after just over a decade.

TracMap was established by Colin Brown in 2006 after he identified a gap in the market for a rugged and easy-to-use GPS guidance and mapping system, specifically designed for New Zealand conditions.

He initially saw the opportunity in ground spreading and the application was pushed wider as it had been developed.

It now provided job management, guidance and tracking systems for agriculture, horticulture and viticulture sectors and was expanding in the Australian and Californian markets.

Mr Dennison, who was appointed to the board in August last year, said the company appealed to him for several reasons.

He used technology quite heavily on his own farm, it was an agricultural-based business and it was something ''a little bit different'' to what he had been involved with.

The product also had a very good reputation.

Mr Garden was appointed in 2006 to provide independent guidance in the start-up phase by Mr Brown. Mr Dennison said his predecessor had done a lot of hard work in terms of leading the board. The company was now into its second phase around penetrating new markets, mainly in California.

It was now a mature product with respect in the market and was known to be reliable.

''We believe we've got a unique offering in the market we're targeting,'' he said.

Mr Brown also thanked Mr Garden for his ''really valuable contribution'' to the board and TracMap's progress over the past 10 years.

''We would not be where we are today without Pat's guidance and sound advice over many years.''

Being involved with Mr Brown in developing an idea he hatched in a back-street marine electronics shop in South Dunedin into a successful agri-tech company able to compete on the world stage had been ''quite an amazing journey'', Mr Garden said.

''The original concept of providing GPS positioning, tracking and guidance to a fertiliser truck has grown into a sophisticated solution providing online job management, proof of placement, yield management and reporting for a wide variety of harvesting applications from vegetables, fruit, nuts and vineyards.

''Aviation and ground spreading applications here in New Zealand are still an important part of the business but the diversity of uses and the international reach of TracMap are now the hallmarks of the company. It has been quite a journey, but the best is yet to come,'' he said.

Mr Brown was relocating to California next month to lead the expansion across the vast horticulture and viticulture sectors in the Salinas and San Joaquin valleys. He was excited about the opportunities.

''We have had successful trials with a select group of growers and are now fielding inquiry from many others, and from further afield in the USA, too.'' 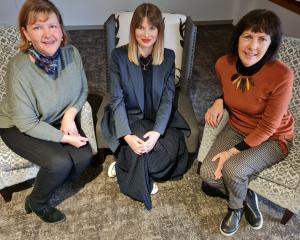