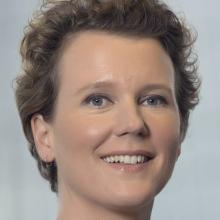 Sharon Zollner
The Reserve Bank will keep the official cash rate (OCR) at 1.75% on Thursday.

Interest rate cuts are likely to remain on the table should the economic data disappoint.

The central bank was likely to acknowledge the strong GDP result, which rose 1% in the three months to June and 2.8% for the year to June.

"The June quarter feels long ago and forward-looking data has been a touch more negative."

The Reserve Bank’s communication was not likely to change substantially, she said. The bank was likely to continue to state the next move in the OCR could be up or down — leaving cuts firmly on the table.

Markets were pricing in about a 20% chance of an OCR cut by the middle of next year.

Ms Zollner expected the Reserve Bank would be comfortable with the market pricing and would not be setting out to elicit a significant market reaction in either direction.

"Our expectation is the OCR will be on hold for the foreseeable future."

The Reserve Bank’s forecasts suggest economic growth needs to accelerate over the coming year to above-trend to see inflation return to the target midpoint of 2% in an acceptable timeframe. ANZ expected that would be a difficult task in the current environment.

In the near term, inflation looked set to increase. The Reserve Bank would remain focused on underlying demand and the degree to which inflation was expected to persist over the medium term, Ms Zollner  said.

"All up, we continue to view a cut in the OCR as more likely than a hike."