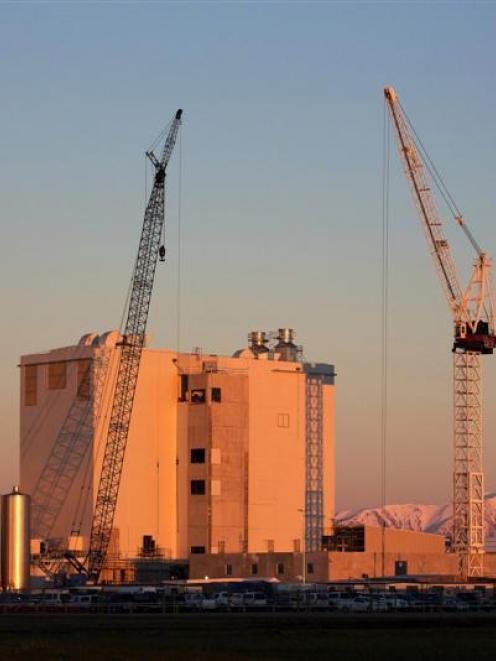 Fonterra is forecast to have a bright future as it moves into the NZX-50 index. Photo by Fonterra.
The price of Fonterra's units is expected to rise further next week when it joins the NZX-50, Craigs Investment Partners broker Chris Timms says.

Mr Timms said yesterday having Fonterra listed in the top 50 would also give other institutions the confidence they needed to lift their positions in the units.

Craigs had initiated coverage on Fonterra with a recommendation of ''hold'' on the units. Craigs had a price target of $6.43 on the units, which were already trading at $7.30.

Mr Timms said the unit price had risen based on demand and it would get worse once the company was in the NZX-50.

''Our valuation is based on our model but the demand by investors to get a stake in the company has prompted the unit price to run ahead of our model forecast.''

Craigs was optimistic about Fonterra's prospects. Improvements in operating margins and profitability underpinned attractive medium-term growth for earnings well above more recent performance, he said. Viability around base earnings remained inevitable and an element of trust in the new management on the execution of the price realisation and cost-out initiatives was required.

Craigs' forecasts for 2013 was for earnings of $1.124 billion with the uplift over prospect forecasts reflecting the cost-out initiatives Fonterra had announced but were excluded from the prospectus guidance.

''This uplift in earnings outlook for 2013 has seen us increase our dividend forecast to 34c per share from prospectus guidance of 32cps.''

Craigs was forecasting significant improvements in earnings from 2013 to 2016, with 2016 earnings likely to be around $1.6 billion, Mr Timms said.

There was an expectation for significant cost reduction and stronger disciplines in procurement and the supply chain. While implementation was in its early stages, management's plans to exert greater discipline in that area were credible and could drive sustained improvements.

''We do stress that the ability to realise premiums in this business is limited by the sheer volume of milk Fonterra must process, its plant configuration, distance from key export markets and the resulting commodity nature of much of its product mix.''

Craigs viewed New Zealand Milk Products (NZMP) as a ''commodity plus'' play rather than a value-added business as its earnings were largely underpinned by return on capital employed as opposed to superior returns from value added operations, Mr Timms said.

Among the regional businesses, the greatest growth was expected from the Asia and Middle East regions, given the maturity of the Australian and New Zealand markets.

Opportunities for organic growth from Fonterra's existing capabilities were ''particularly strong'' in the Asean economies and China, he said.

''We recognise that with around $2 billion of sales across this wide region currently - around 10% in China - the opportunities outlined in Fonterra's strategy to grow beyond existing positions and markets are significant.''

Fonterra was a world-class dairy co-operative with an enviable position in commodity ingredients and a good mix of regional businesses with a value-added food services and consumer focus, Mr Timms said.

''We expect improvements in margins largely on the back of greater discipline within NZMP on price realisation and costs which will provide strong earnings momentum over the next three to four years,'' he said.