Rural sector key for many of Otago's SMEs 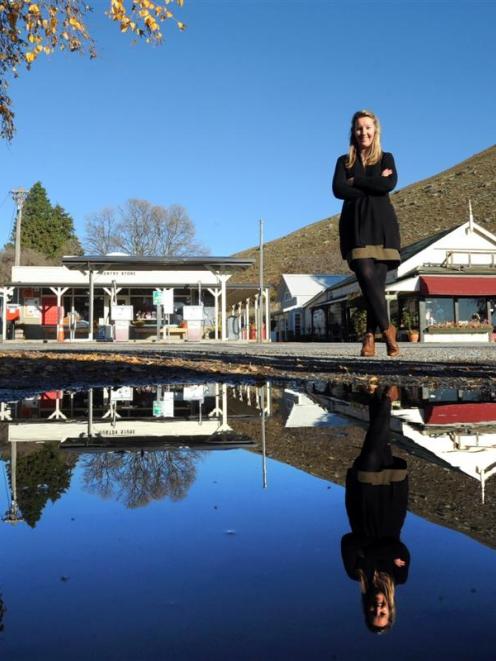 Christina Perriam combines the rural and retail sectors at the Tarras complex of stores. Photo by Stephen Jaquiery.
More than half of Otago small and medium-sized enterprises (SMEs) receive business income from the rural sector.Kiwibank group manager business markets Mark Stephen said with New Zealand's agricultural sector economic growth lagging in the three months ended in June, the drought had squeezed the sector.

Even those small enterprises which did not directly deal with the rural sector were found to be supplying customers who did deal directly with farmers.

''That's how the Otago statistic goes up quickly to 51%. Your businesses are attuned to what goes on in the rural sector.''

Rural spending had an impact across the region, he said.

The MYOB survey showed 38% of primary respondents expected their revenue to go down, compared with 39% in March.

The proportion of primary sector businesses reporting revenue growth had fallen from 21% in March to just 15%.

''There's very good news in other sectors though, with any thought of a manufacturing `crisis' now dispelled on the back of these results. And the construction sector is still showing growth.''

Revenue had improved dramatically for the region's manufacturing and wholesale sector, with 36% now reporting growth over the past 12 months and just 16% a fall. In March this year, the readings were 27% and 35% respectively.

The construction sector was also in positive territory, with revenue growth improving from 31% of operators in March to 37% in the latest survey.

''Although there are some constant pressures and some sectors in which some weakness remains, overall, our local SME sector is looking pleasingly healthy in this latest MYOB Business Monitor,'' Mr Scollay said.

Thirty percent of small enterprises reported a revenue rise over the past year and 43% reported stable revenue. Just 24% saw a fall.