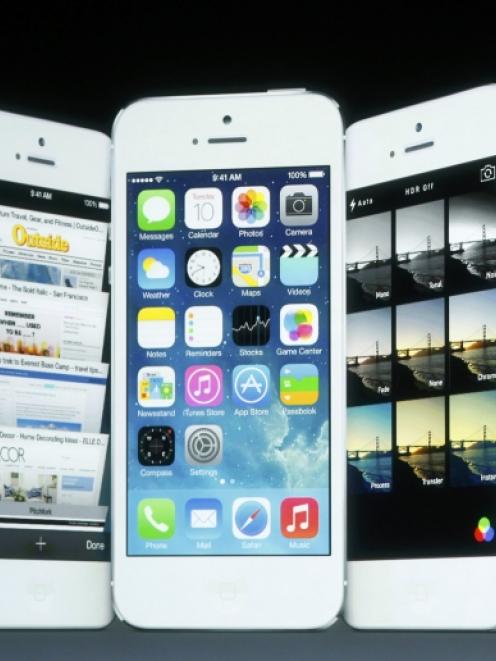 Apple's iOS 7 represents the most dramatic update to date of the software that powers iPhones and iPads. It also appears to be one of the buggiest.

When released last month, iOS 7 generally drew rave reviews from tech analysts, including yours truly, who liked its clean look and new features. But since almost Day One, users have complained about a smattering of problems with the new software.

Do a search on Google for "iOS problems," and you'll find a litany of them.

Hackers quickly discovered a flaw in the iOS 7's lock screen that allowed users to gain access to the device without having to enter a passcode. More recently, some users complained that iMessage, the text and multimedia messaging service built into Apple's devices, refuses to send messages.

Apple quickly issued an update to iOS 7 to fix the lock-screen problem, and it told The Wall Street Journal last week it was working on an update to fix the iMessage problem.

But users are encountering plenty of other problems that Apple has yet to address. Many have complained that the new software drains the battery life of their devices or slows them down noticeably.

Worse, many users with visual impairments or motion sensitivity say that iOS 7's new design has made using their phones difficult or even impossible.

Some say the new software makes them dizzy or nauseous because apps zoom into view when launched and zoom out of view when they return to their home screens.

Other users - including two of my co-workers - have complained that text labels in iOS 7 are difficult to read because they are too small or too faint. And one reader said a family member of his who suffers from some vision loss is unable to use his phone because the new color schemes, some of which involve placing gray or blue text on a white background, don't provide enough contrast to allow him to read what's on the screen.

I've run into problems with iOS 7 myself. My initial installation of the software on my iPhone 5 failed, and I had to completely delete everything on my phone and start over.

Meanwhile, my new iPhones 5S has crashed several times, something I used to run into frequently on PCs but don't ever remember seeing happen on an iPhone.

The crashes seem random; I'll be using an app or switching between apps, and all of a sudden I'll see a black screen with the white Apple logo on it.

My wife, too, has run into problems. On the way from downtown Denver to Denver's airport recently - a trip of about half an hour - the battery life on her iOS 7-powered iPhone 5 plummeted from 100 percent to about 50 percent.

IOS 7 is not the first update to Apple's handheld software to have bugs. Many users complained of troubles related to Apple's iCloud service when the company launched it with iOS 5. And iOS 4 slowed my old iPhone 3G so severely it was almost unusable.

Early iterations of Apple's software and services have frequently been buggy. Apple's new Maps apps was so awful when it launched last year, filled with bad data and offering poor, even dangerous directions, that CEO Tim Cook publicly apologized for it.

Apple usually gets around to fixing the worst problems in its software sooner or later. And in some cases, users can solve the problems themselves.
Several tech sites have now come up with a list of ways to extend battery life under iOS 7.

Their chief advice: Turn off the new feature that allows applications to update in the background, or limit the number of apps that are permitted to do that. Another tip: Limit the number of items that Spotlight, iOS's universal search feature, indexes. The more items it sifts through, the more power it requires.

Users having problems with the legibility of text on the iPhone can go into the "Accessibility" area of the Settings application and turn on bold text, increase the type size, or increase the contrast of the display. Similarly, users who experience motion sickness can choose an option to "reduce motion."

That won't turn off the zooming effect, but it will mute another effect that appears to give depth to the home screen when you view it from different angles.

Regrettably, because of the way Apple has designed the iOS update process, users can't just go back iOS 6; updates in iOS are a one-way process. So if iOS 7 makes you dizzy or has made your device unusable, you're stuck with the problem until Apple addresses it.

For all its problems, I still like iOS 7. But I wish Apple would squash its bugs more quickly or let users switch back to iOS 6.