In Budget 2022 Finance Minister Grant Robertson is placing a great deal of faith in the projections contained within three graphs.

Mr Robertson is eager for things to return to pre-pandemic normality, as we all are, and it is that expectation which underpins this year’s Budget.

The first of those three graphs tracks Obegal — the government’s operating balance before gains and losses.

It is a touch more complicated than this, but in general terms that graph tracks whether the Government is in the red (deficit) or in the black (surplus).

For 30 years or more, economic orthodoxy in New Zealand has dictated that the Finance Minister should budget for a surplus.

But chuck in a global financial crisis or a worldwide pandemic and the Government suddenly has to spend money to fix immediate financial problems, such as buying vaccine or implementing a wage subsidy, and the surplus goes flying out of the window. 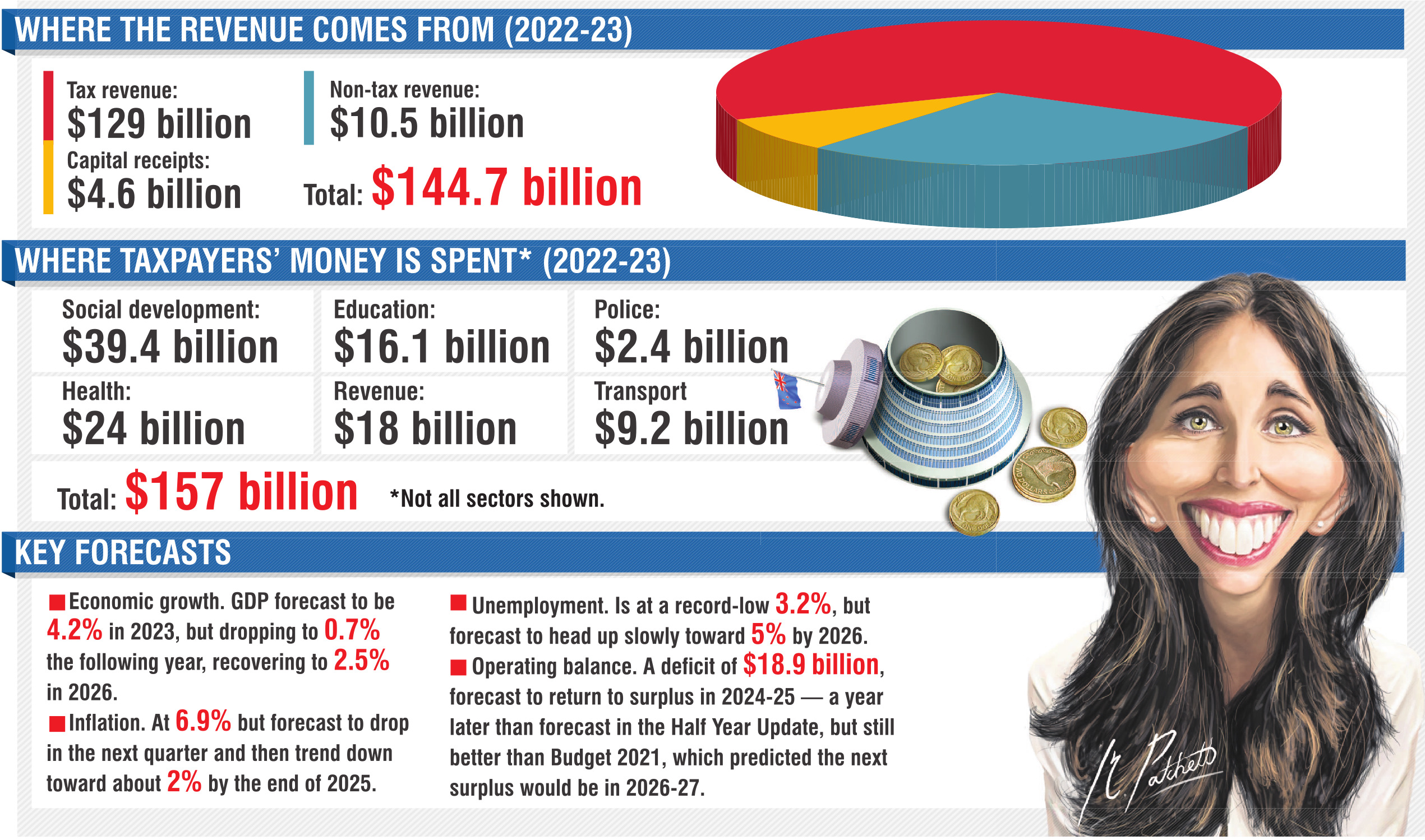 In his past few Budgets Mr Robertson has run large deficits, but the economy has performed better than expected: graph one predicts New Zealand will be back in surplus in 2024-25.

Graph two tracks inflation, the bugbear which has made framing Budget 2022 so difficult for the Finance Minister.

Mr Robertson has had to splash more cash than he might have ideally wanted on short-term income support measures, but he has done so heartened by inflation projections which suggest in a couple of years the rate will be back to the comfort margin of about 2%, far below the current 6.9%.

Graph three, unemployment, is the economic achievement Mr Robertson has hung his hat on: it is at a historic low, and while forecast to increase, it should still be within a manageable level.

The lines on all three graphs should intersect somewhere around 2024 or 2025 when, Covid-19 willing, Mr Robertson — should he still be Finance Minister — will be able to say New Zealand is back to something approaching normality, economically speaking.

Hence his branding of Budget 2022 as being the "Secure Future" Budget.

Much of the sector spending is on multi-year funding, something which allows organisations to plan and implement change without wondering whether they will have money to turn the lights on in a few months’ time.

The Government has always done this, but Mr Robertson has brought greater rigour to it and a welcome pledge to do more of it.

This has come with a caveat that he has already committed some of the spending in the 2023-24 Budget towards it, something the Opposition has found fault with.

However, it does demonstrate a plan, even if it is one National disapproves of, and Mr Robertson has been transparent about it.

New Zealand does still have worryingly high levels of debt, despite Mr Robertson’s soothing insistence that they are low compared to many other countries.

He has chosen to maintain high spending for now: the health reforms need to be paid for this year, and there are Three Waters changes and the reform of the Resource Management Act to be factored into coming Budgets.

Mr Robertson has also left himself some wiggle room, should the economy continue to perform well in the next 12 months, to splash some cash in the election year Budget.

Tax was barely touched in Budget 2022: should the cost of living remain an issue in 2023, that is an area where Mr Robertson might start to tinker.