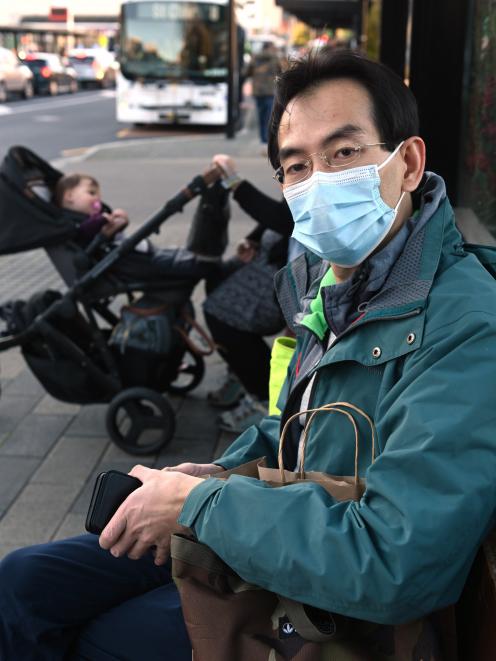 However, the news came as the Otago Regional Council apologised for ongoing bus delays caused by sick drivers.

Yesterday, dozens of Dunedin bus services were flagged as cancelled due to driver illness on the council’s alert system, and some services are affected again today

"When you have 50% of anything off it will make a difference," he said.

Otago Polytechnic student Tristan, who declined to give a surname, was also pleased.

He had been taking the bus about twice as much since the half-price fares were introduced.

Louise Fangupo said she was already using the bus a lot as it was easier than finding a park.

The half-price fares would make it easier for people to use public transport, which was also good for the planet.

She had noticed the driver shortages, but had learnt to work around them.

She believed the bus was "a great way to go" despite often seeing complaints on social media about it.

Danielle, who declined to give a surname, said the extension of half-prices fares was wonderful, but it was "really poor" that more buses had not been put on.

Driver illness had been very disruptive for her this week, which had been "really stressful", especially as she commuted with an infant.

Council transport manager Doug Rodgers said bus services would continue to be affected over the next few days as a significant proportion of drivers were ill.

Operators were working in challenging circumstances to maintain as many services as possible, but more services would have to be cancelled.

"We understand how this will impact our passengers and we are truly sorry," he said.

As at 7am on Friday, 13 services had been cancelled, and the quarter-hourly Balaclava service had been halved to half-hourly, to depart at 28 and 58 minutes past, all day.

The ORC is urging the public to check its "Notifications and Alerts" page  before travelling.

The council welcomed the funding announced for public transport yesterday.