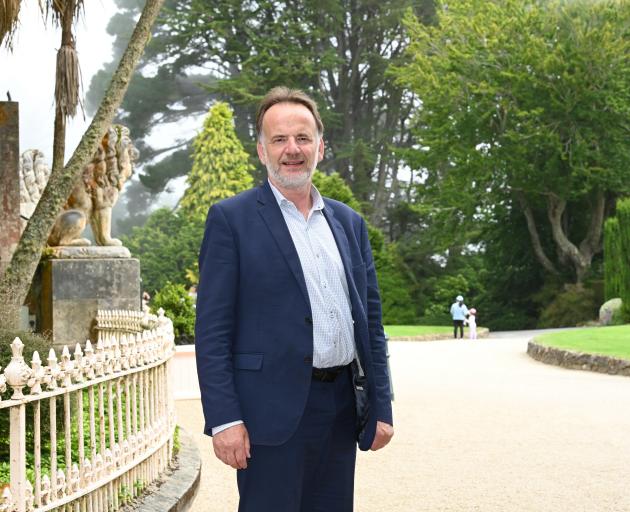 DunedinHOST chairman and Larnach Castle general manager Paul Phelan said the Government had taken decisive action and he hoped that meant a swift bounce back for tourism business in the future. PHOTO: SUPPLIED
Many businesses are waiting with bated breath to see what the Government announces in its multibillion-dollar relief package today. As business reporter Jacob McSweeny finds, tourism and hospitality operators are desperate to keep staff with hopes an economic downturn will pass in time.

Many tourism and hospitality operators in Otago say their ability to keep staff when revenues are down will depend on the Government’s stimulus package announced today.

With all visitors to New Zealand, except from the Pacific islands, having to self-isolate for 14 days, cruise ships banned and New Zealanders encouraged not to travel, revenues in the tourism and hospitality industries have been shot to pieces.

The government package will be announced today with the aim of trying to keep as many people in their jobs as possible.

Options on the table include wage subsidies and a targeted response for the industries worst hit, such as the tourism sector.

Forsyth Barr head of wealth management research Matt Henry said the Government support package was crucial to stop businesses laying off staff or closing down during a moment of "massive demand shock".

He did not think the financial shock from Covid-19 would last years, but months.

"Once the virus plays out you’d expect a recovery in demand but what you don’t want is, whenever that may happen, for that to be exacerbated by otherwise healthy businesses going to the wall or having to lay off staff they don’t necessarily need to on a longer-term horizon."

As well as what was effectively the end of international tourism in the short term, New Zealanders were also slowing their spending, Mr Henry said.

Otago Motel Association president and Palms Motel owner Alex Greenan said the industry had "the rug pulled out from under them" with the Government’s announcement on travel restrictions on Saturday.

"The phones are literally red hot with cancellations.

"It’s frightening, because we’ve got massive overheads for all our businesses. Our incomes are getting less and less by the minute.

"The percentage of what we’ve lost, we don’t know yet, it’s too early, but it is substantial."

He would have preferred a stimulus package announced at the same time new rules around border controls were revealed.

"There’ll have to be some redundancies, I’m guessing.

"It’s really frightening because we’ve got great staff and we’ve trained them all up and it’s the last thing we want. We’ve got to try and survive somehow." 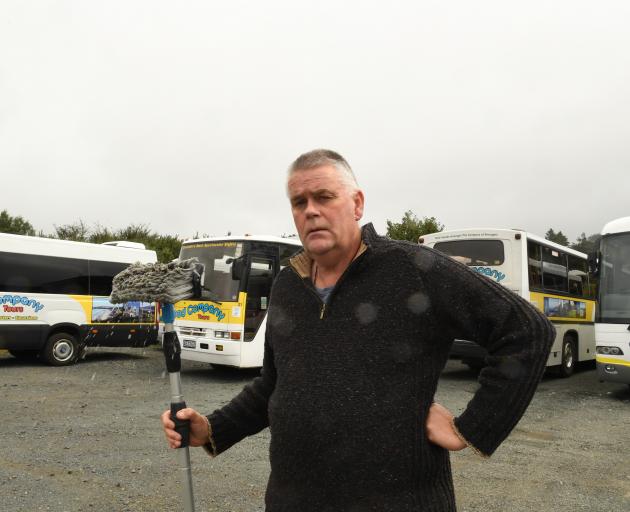 Good Company Tours owner Richard Trainor said he was waiting to see what the Government was going to offer before talking to staff. PHOTO: STEPHEN JAQUIERY
Mr Greenan said locally if people were going to book motels they should do it directly rather than through websites such as Booking.com or Expedia, as those websites took 15% from reservations.

"All that money’s going offshore. We need every cent right now."

He said motels needed tax and rates relief from Government and the Dunedin City Council to help them get through the difficult times ahead.

The owner of a central city Dunedin cafe who did not want to be named said it was too early to notice much of a downturn in the number of customers.

But he said his cafe was heavily reliant on tourist traffic and just a short time without revenue would be dangerous for business.

"All it takes is a week, essentially.

"If you have a week of no trading but your overheads and your staff costs are the same ... a week without any revenue is starting to get into dangerous territory in terms of being able to continue."

The owner of cafes and eateries The Perc and The Swan, Sarah Hussey, said she would do everything it took to look after her staff.

"We’ve been thinking about how we are able to take care of our staff on our own, without any assistance."

But she said it was too soon to say what could happen.

"With The Swan being a new business it makes me a little bit more nervous ... we haven’t even found our feet yet.

"With Perc, we obviously have a lot of local support and most of our business is from our regular customers, anyway. But if they put us in lockdown ... I don’t know what we’ll do."

She said it would be "amazing" to get Government support for small businesses.

If workers had to be quarantined they could call on former staff and Sarah Hussey’s husband Patrick Hussey to try to fill gaps.

"We’ve already said to all the staff - especially ones that are not from Dunedin or people that are living on their own - if it gets difficult, we would literally have them up to our house and look after staff from up there, if we need to."

Tour operators were in shock from the weekend announcement and many were looking at today’s stimulus package as a means of survival.

"Ninety-five percent of our clients are from overseas ... so we will have no income," Elm Wildlife Tours owner Brian Templeton said.

The company was facing having to let staff go - something the Elm Wildlife Tours had not done in its 30 years of operating.

"We have four permanent staff and what we want out of [today’s] announcement is the ability for us to be able to continue... paying our staff. We will need financial support from the Government to allow that to happen."

Normally companies would have business insurance, but he said it did not cover pandemics and war.

"We’ve done everything right but like a lot of others we’ll be pushed into a position that’s unparalleled."

The owner of Dunedin tour company Good Company Tours Richard Trainor said he was waiting to hear what the Government announced before informing staff what the company would do.

The company had 14 staff but during the off-season that dropped significantly, because 11 drivers were on casual contracts.

"It’s an early winter for us."

Mr Trainor said the company had been hurt significantly by the Octagon trial closure that started at the end of January and was still in place.

He said customers numbers for his business were down by more than 50% because of the Octagon closure.

"If this happened here without what happened in the Octagon ... I would say ‘oh well it’s an early winter, carry on’. But it’s hit us harder because of the loss of income during the Octagon closure.

"This was the time we should have been clawing [revenue] back."

Would the business have to close?

"That’s something I can’t say for now ... I’m waiting to hear what the Government package is tomorrow.

"What I need is a subsidy for the likes of my administration team and my fulltime staff - to continue to hold them right now."

DunedinHOST chairman and Larnach Castle general manager Paul Phelan said the Government had taken decisive action and he hoped that meant a swift bounce-back for tourism business in the future.