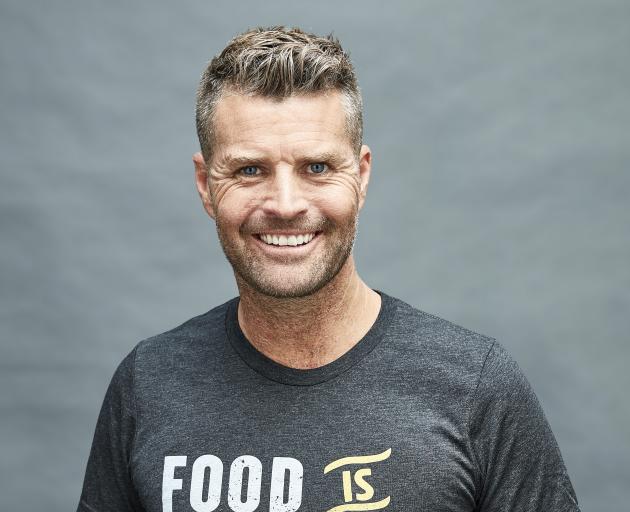 The major New Zealand retailer replied to multiple people on social media who questioned whether it would drop the chef’s books.

It replied saying it was “currently in the process of withdrawing stock in our stores and online”.

It'll be interesting to see if they will be dropped by NZ shops over the next few days.@MightyApe @thewarehousenz and Kmart all stock his books.

Evans posted the cartoon to his Facebook and Instagram accounts over the weekend, featuring a caterpillar with a MAGA hat and a butterfly with the Black Sun symbol, also known as the sonnenrad or sunwheel.

celebrity chef pete evans inevitably starts posting nazi and neo nazi memes on his facebook page. for anyone still supporting this man, and publishing him, and making him a “celebrity” — it’s probably time you took the hint pic.twitter.com/bguZRiXHkD

The Christchurch terrorist used that same symbol in his backpack and his manifesto.

The Warehouse is the latest outlet to drop the Aussie chef’s books over the memes, following in the footsteps of publisher Pan Macmillan Australia, which said yesterday it would end its contractual relationship with the chef.

The Guardian reported that Evans has been fired from Channel Ten reality show I’m a Celebrity … Get Me Out Of Here!

In a statement, major Australian supermarket chain Woolworths Group said it has removed the chef’s titles from its Big W range from this week.

Coles said on Twitter it was working to remove the chef’s products from its range.

Evans has made other headlines recently for his posts about conspiracy theories, in which he claims, among many other things, that Covid-19, the dangerous pandemic that has killed hundreds of thousands of people across the globe, is a hoax.

Evans has been well known for his insane hate filled ravings for several years. I'm surprised it has taken s long for him to be banned.
A big thumbs up and well done to al those agencies that have dropped him.