2 Comments
Fleetwood Mac is returning to Dunedin to play another concert under the roof at Forsyth Barr Stadium this year and this time they will have a Kiwi in the band.

Dunedin Venues Management Ltd chief executive Terry Davies said it was "fantastic news" the band were coming back to play in Dunedin on Saturday, September 21.

Tickets go on sale January 25, but are set to be released early for Spark customers.

Mr Davies said: "It’s fantastic news that Fleetwood Mac will be back under the roof.

"Their 2015 show was so popular and sold out in less than an hour.

"We know there were a lot of fans disappointed that they missed out and now they’ll have the opportunity to see this incredible band perform.

However, fans will be in for a different experience at this year's gig after New Zealand music icon Neil Finn replaced vocalist, lead guitarist and key band member Lindsey Buckingham. 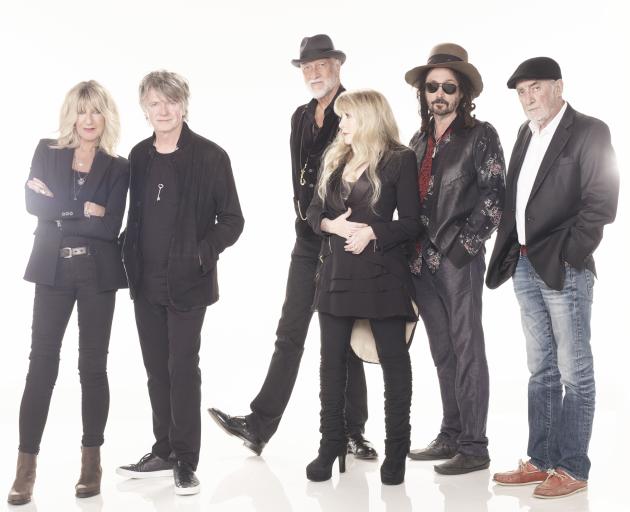 Drummer and founding member Mick Fleetwood said the band had "always been about an amazing collection of songs that are performed with a unique blend of talents".

"We jammed with Mike and Neil and the chemistry really worked and let the band realise that this is the right combination to go forward with in Fleetwood Mac style.

"We know we have something new, yet it’s got the unmistakable Mac sound," he said.

The band was "thrilled" to welcome "musical talents of the calibre of Mike Campbell and Neil Finn into the Mac family".

"With Mike and Neil, we’ll be performing all the hits that the fans love, plus we’ll be surprising our audiences with some tracks from our historic catalogue of songs," said the group collectively.

"Fleetwood Mac has always been a creative evolution.

"We look forward to honouring that spirit on this upcoming tour."

Fleetwood Mac was founded by Peter Green in 1967 and was named after Mick Fleetwood and John McVie.

After Peter Green left in 1969, Fleetwood and McVie remained as original members, and the band has since featured a cast of brilliant talents.

Most notably, Christine McVie joined the band in 1970, with Stevie Nicks and Lindsey Buckingham joining in 1974.

The enduring spirit of Fleetwood Mac stands for an incredible body of great music that has connected with generations of people all over the world for more than 50 years.

Fleetwood Mac has sold more than 100 million records worldwide and the Grammy-award winning band was inducted into the Rock and Roll Hall of Fame in 1998.

The band is also playing in Auckland on September 16 and 19.

Actually both Neil Finn and Mike Campbell replaced Lindsey Buckingham, one as vocalist the other as guitarist but that's semantics. It will be interesting to see how popular this version of The Mac will be, probably still popular enough I guess. I'll probably pass this time around though.

Lindsey Buckingham is the master guitarist/ ILL pass on a concert