Queenstown Lakes District Council has voted unanimously in favour of a referendum on introducing a visitor levy to help fund "desperately needed infrastructure".

Queenstown Mayor Jim Boult made the announcement about the referendum earlier this afternoon.

The non-binding referendum  - for residents and ratepayers - was considered as an urgent item at today’s full QLDC meeting, and was passed unanimously.

It was the "nationally significant announcement" the council signalled it would be making yesterday, and today Mayor Boult called it a "watershed moment".

“Queenstown Lakes has one of highest visitor-to-resident ratios in the world," he said.

"No other city or district in New Zealand experiences the ratio of 34 international visitors per resident. By comparison the Auckland ratio is one to one and Christchurch is three to one." 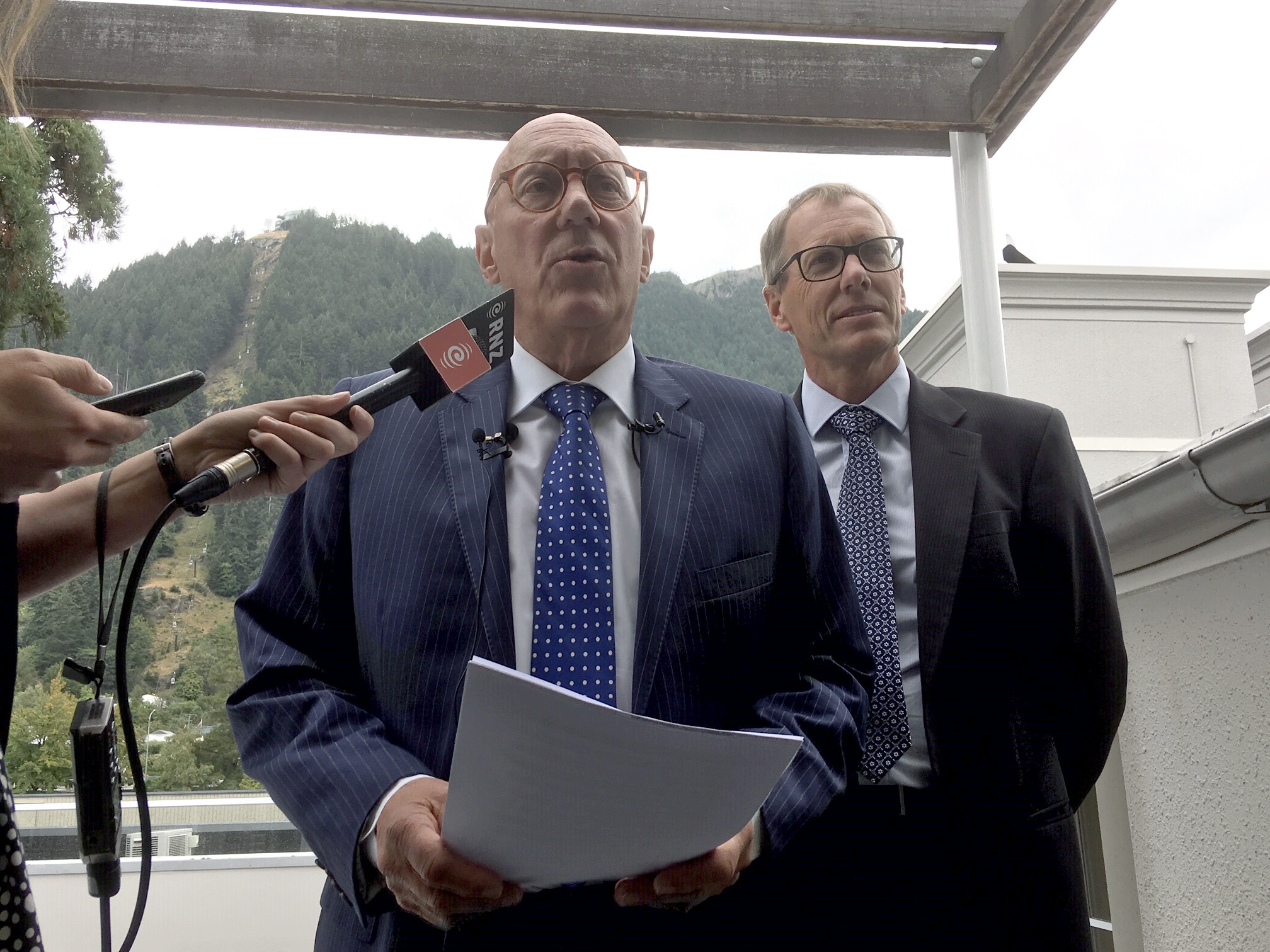 The pressure of funding a premier international destination by 24,000 ratepayers was "unsustainable", he said.

"While Queenstown Lakes is a place synonymous with wealth and luxury, at the heart of the district are communities where people are struggling to find affordable housing and traffic is a growing challenge.

"The council has been clear that the ability of the district’s community to support growth in Queenstown Lakes through rates alone is simply not possible.

"Such a cost threatens to undermine the wellbeing of our communities.”

The council was seeking a partnership with Government that would consider long term growth and development, investment and future funding in Queenstown.

"Such an initiative recognises the unique role that Queenstown Lakes District plays in the international and national reputation of the country, and the stress that this popularity places on our local communities.”

The work would be centred on a 30 year spatial plan for the country’s fastest growing district and would enable QLDC to investigate a new funding model to enable new infrastructure investment based on a visitor levy.

“The government has said it recognises our district’s challenges are exceptional, and that if there is clear support expressed through a referendum it would consider our proposal for a sustainable growth partnership, and legislative change to allow a visitor levy to fund the infrastructure the town desperately needs.”

"My hope is that the communities of this district will get in behind this referendum and give us the mandate we need to progress," Mayor Boult said.

Clutha Southland MP Hamish Walker said he looked forward to seeing the details of the referendum.

"Because of growth over the last few years, Queenstown's infrastructure needs are now urgent. As local MP I continue to work hard in Wellington so that we get our fair share of Government funding, like the Provincial Growth Fund [of] which more than 40% has gone solely to Northland.

"This Government has inherited billions of dollars in surpluses - they can deliver relief to Queenstown and many other areas right now if they stop their wasteful spending and prioritise tourism.

"As the local MP, I will continue to push hard for Queenstown to receive funding as quickly as possible and to ensure that we focus on long term solutions to the pressures we face."

Look forward to this Forget about the regional growth fund there are no votes in it for labour. So we are on our own here. Need a hospital and up-to-date medical services even the cat scan is behind by one year and counting. Let's see how this will work out

If its not binding, why waste ratepayer money on a referendum?? I can tell you right now that the majority will vote yes as thats the natural answer if more money is coming in to the area, at no cost

Yes, but will accommodation businesses be keen if it means adding a bed tax to their room rates?
Everyone wants more money for infrastructure, but no one will want to put their charges up to gather it.

Queenstown's situation is similar to Caesar Augustus' decision to introduce taxes for Rome .