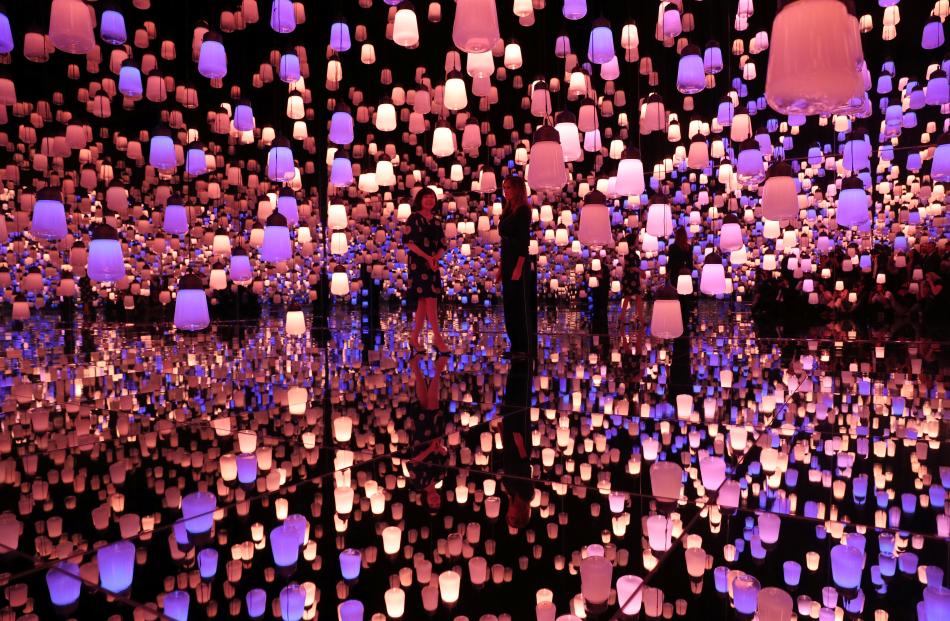 US first lady Melania Trump and Akie Abe, wife of Japanese Prime Minister Shinzo Abe, tour the teamLab Borderless exhibit. Photo: Reuters
US President Donald Trump urged Japanese business leaders on Saturday to increase their investment in the United States while he chided Japan for having a "substantial edge" on trade that negotiators were trying to even out in a bilateral deal.

Trump arrived in Japan on Saturday (local time) for a largely ceremonial state visit meant to showcase strong ties even though trade relations are problematical. In the evening, the Tokyo Sky Tree tower was lit up red, white and blue in Trump's honour.

Shortly after arriving at the airport to a red-carpet welcome, Trump attended a reception at the residence of US Ambassador William Hagerty that the White House said included Japanese business executives from Toyota, Nissan , Honda, SoftBank and Rakuten.

Trump told the company officials there had never been a better time to invest in the United States and repeated a complaint that the Federal Reserve's policies had kept US economic growth from reaching its full potential. 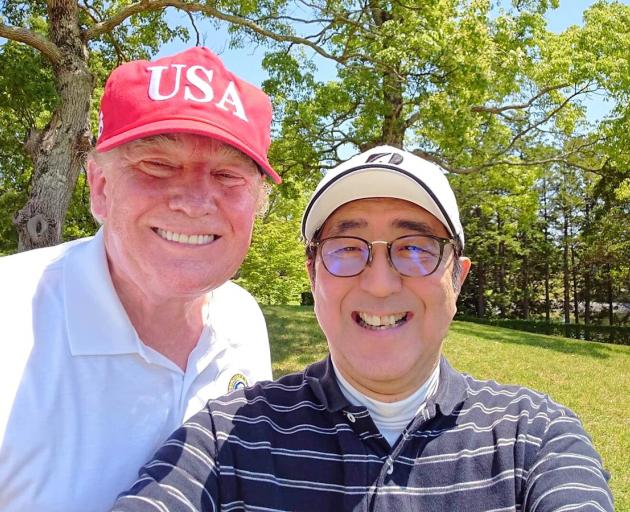 Japan's Prime Minister Shinzo Abe poses for a selfie with U.S. President Donald Trump at Mobara Country Club in Mobara, Chiba prefecture, Japan, May 26, 2019, in this picture obtained from social media. Courtesy of Instagram via Reuters

With trade talks ongoing, Trump also got in a dig at Japan and said he wanted a deal to address the trade imbalance between the two countries.

"Japan has had a substantial edge for many, many years, but that's OK, maybe that's why you like us so much," he said.

"With this deal we hope to address the trade imbalance, removing barriers to United States exports and ensure fairness and reciprocity in our relationship," Trump said.

Trade is one of Trump's signature issues, and encouraging foreign investment in the United States is a hallmark of his trips abroad.

Trump will meet Japanese Prime Minister Shinzo Abe on Sunday for a round of golf, a sumo tournament and a private dinner.

The two men share a warm relationship, which the Japanese leader aims to emphasise as Washington considers tariffs on Japanese auto exports that the Trump administration views as a potential national security threat. 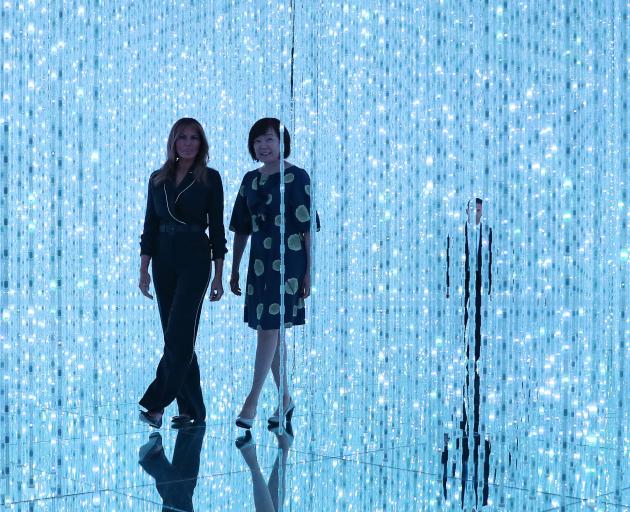 Trade is likely to be addressed during a formal meeting on Monday between Trump and Abe, but even a partial trade agreement isn't expected, said Trade Minister Toshimitsu Motegi after meeting his counterpart, US Trade Representative Robert Lighthizer, in Tokyo on Saturday.

Motegi said there was no discussion of Trump's decision to declare some auto imports a national security threat.

"We deepened our understanding of each other's positions on trade. However, we're not in complete agreement," Motegi told reporters following the talks. "There are still some gaps. We need to work to narrow our differences."

The United States is in the middle of an expensive trade war with China, and trade tensions als als simmering with Japan and the European Union.

Trump's Japan trip is largely ceremonial in nature. The president will become the first foreign leader to be received by new Japanese Emperor Naruhito since he inherited the throne earlier this month; he and Harvard-educated Empress Masako will host an elaborate dinner for the Trumps on Monday night.

A medium-strength earthquake hit eastern Japan, causing buildings to shake in Tokyo, hours before Trump's arrival. The epicenter was southern Chiba, southeast of the capital, the prefecture where Trump is due to play golf on Sunday.

No tsunami warning was issued and there were no immediate reports of damage.

The President had a Snowflake moment, insisting the USS John McCain be not visible.