In light of an endorsement of Boris Johnson's buffoonery and a slow response to Donald Trump's racism, New Zealand's leading politicians need to lift their game on the world stage, Prof Patman says.

The international relations specialist has stinging criticism for the likely next Prime Minister of the United Kingdom and the incumbent President of the United States.

Prof Patman says there has been surprisingly little reaction in New Zealand to Peter's recent glowing but "risky'' endorsement of Johnson.

"It is risky because we are engaged in a trade negotiation with the EU,'' the University of Otago academic says.

"And the EU has made it quite clear it has even less respect for Mr Johnson than they have for his predecessor Mrs May.''

Turning his attention to Trump's racist tweet telling four Democratic Congresswomen to "go back'' to the "crime infested'' countries they came from, Prof Patman says it makes it difficult for the President to escape the description of "white supremacist'' or "white nationalist''. 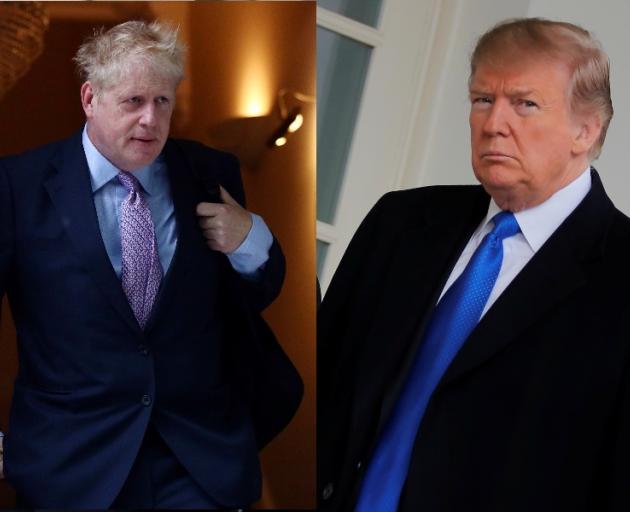 Candidate for the Prime Minister of the UK Boris Johnson and US President Donald Trump. Photos: Reuters

New Zealand's government should have been quicker to condemn the comments, he says.

"The lesson of Christchurch is that we do not allow racist narratives to go unchallenged.

"I think the people in this country expect New Zealand to be consistent with its ideals on human rights, tolerance and diversity . . . we expect to project that internationally.''

Perhaps the NZ Government should also comment on the EU trying to bully Switzerland to come under its control. The Swiss appear to have a great deal of courage and let's hope the NZ Government doesn't roll over and give away sovereignty for market access.

it will be hard to get any deaL with the US as our PM is not a trump fan...