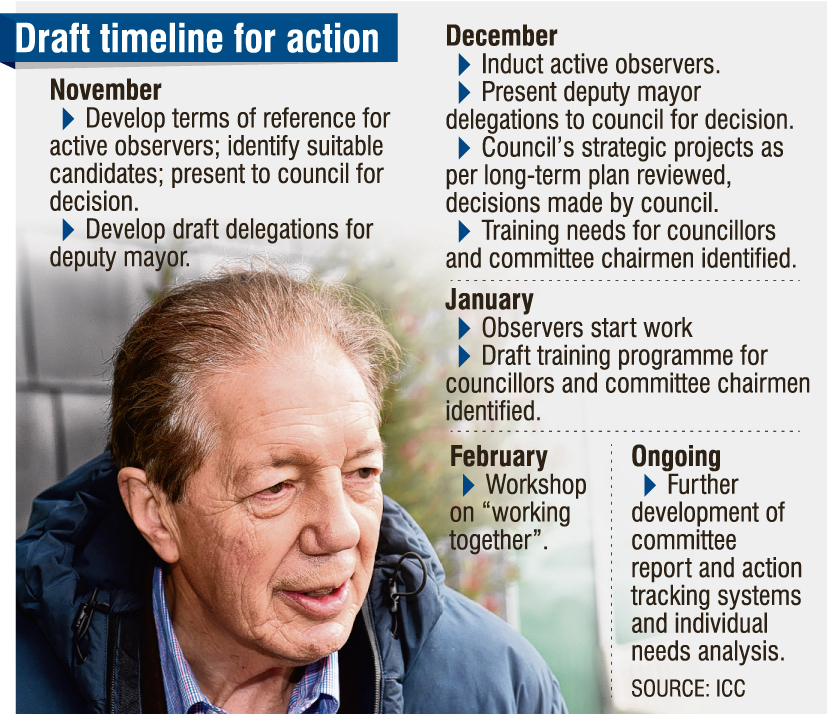 Invercargill City councillors still reeling from Mayor Sir Tim Shadbolt’s surprise press conference say they will go ahead with major changes with or without his support.

On Monday, Sir Tim hit back over an independent report which found his performance left a "leadership void" at the heart of the issues the council was facing.

However, councillors did not believe his opposition to the report’s findings would have any impact on council’s plan of action as they are prepared to carry out what had been decided — with or without Sir Tim’s blessing.

A councillor described the mood after the press conference as something like a funeral, while another said it was Sir Tim himself who seconded the report that he now challenges.

Councillors earlier this month unanimously agreed to the findings and the plan following a review carried out by Richard Thomson who said, among other key issues, Sir Tim was struggling to fulfil certain aspects of his role. 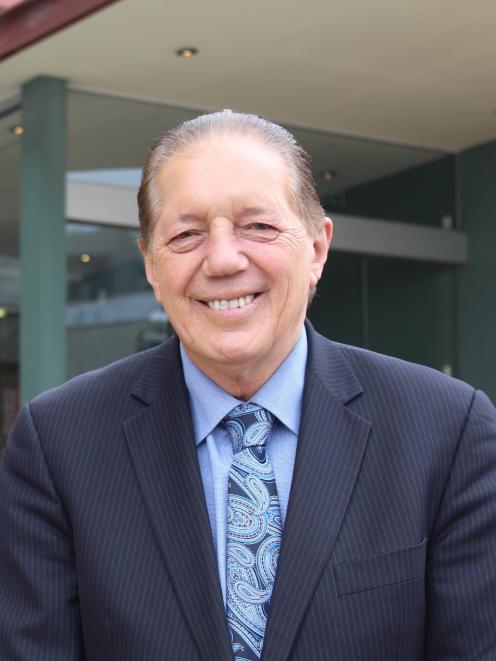 After agreeing to its contents little more than a week earlier, Sir Tim struck a completely different tone at Monday’s press conference where he said he would not be the "scapegoat" for council’s dysfunction.

Everyone was surprised — even his deputy mayor.

Cr Clark said during the closed meeting when the report was discussed, he was the one who moved the document for approval and Sir Tim seconded it.

So he was shocked at Monday’s turnaround from Sir Tim.

"I was surprised that he went down this track. I didn’t think that is where we were heading collectively.

"It seemed to have a good feeling around the table prior to the media release, that we would be forward-focusing, would put the past in the past and would look to a way forward — I’m not sure whether His Worship did that."

He said the mayor was having a "pretty rough" time following pressures from media and fellow councillors.

Cr Clark understood where Sir Tim was coming from, but did not believe the press conference was the right place to do it, he said.

Cr Clark admitted his role and that of the committees’ chairmen would be more "hands on" than in the past, but he was happy to do it to get things done.

He said the bottom line would be not focusing on personalities but on actions.

"Now we need to have 13 leaders — not just one provincial leader. And that is the way to go for us."

Cr Rebecca Amundsen agreed and said she was not worried about how Sir Tim’s refusal would affect the council’s action plan as there were 12 councillors willing to work their "butts off" to show the community they could achieve what they promised.

While the majority of councillors spoken to yesterday said it was not their call to say if it was time for Sir Tim to leave the role, Cr Amundsen thought his response on Monday supported the view sometimes you get to a point when it was "time to give it up".

Cr Graham Lewis hoped Sir Tim could reflect on his comments and change his attitude so the council could progress positively, "for the sake of the city".

Cr Peter Kett said he was still stunned by the press conference and the mood in the room following Sir Tim’s speech, which he compared to a funeral.

He said the council was determined to be unified and to "put all this crap behind".

Department of Internal Affairs (DIA) ministerial advice, monitoring and operations director Anita Balakrishnan yesterday said the statements made by the mayor did not change the fact the council had agreed to develop and implement an action plan.

Sounds to me that they all want the job of mayor and are trying to force Sir Tim out to get to it.

Once you run a failed coup-detat, the usual next step is blood letting of the traitors.

The CIA ran its first major coup operation in Iran in 1953. A colour revolution to depose the popularly elected traditionalist Mosaddegh and replace him with the USA puppet Shah. An unmitigated disaster for Iran and the World.

This operation in Invercargill is equally misguided. What ever happened to the will of the people. Or are we ruled by a kleptocracy of bureaucrats?