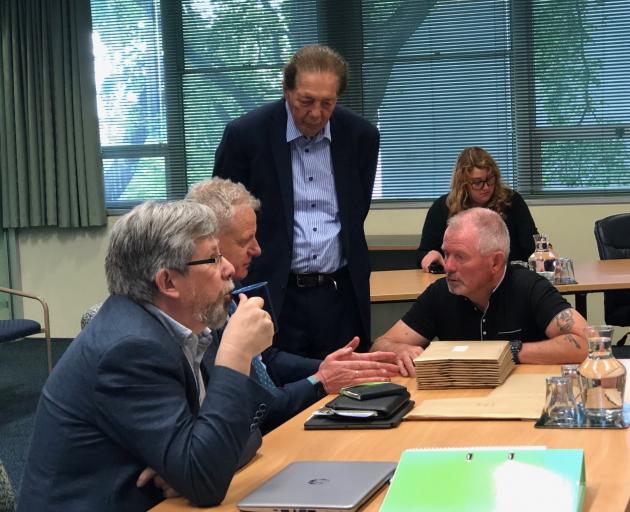 Before an Invercargill City Council meeting at which the review was discussed are (from left) independent evaluator Richard Thomson and governance expert Bruce Robertson who talk to Invercargill Mayor Tim Shadbolt and deputy mayor Nobby Clark. PHOTO: LUISA GIRAO
A review of Invercargill City Council paints a detailed and damning picture of a mayor not up to the job and suggests it will be up to others to continue to pick up the pieces. Reporter Vaughan Elder selects some of the highlights of Richard Thomson’s report.

On Sir Tim’s performance as mayor

"He is increasingly unable to deliver on the kind of leadership that might unite a struggling council, and his difficulty in discharging many of the normal duties of a mayor, is becoming increasingly obvious.

"This is both distressing to many councillors, but also dangerous as there is no-one to lead the changes necessary in the way that a mayor might normally be expected to do.

"There is a clear consensus that the mayor is struggling to fulfil significant aspects of his role and that the result of this is a leadership void in the governance arm.

"Many interviewees reported a range of obvious concerns including short-term memory deficits, confusion and the need to be closely managed by both council staff and senior councillors in order to chair a council meeting.

"It should be stated up front, however, Sir Tim has never been a ‘standard’ mayor and he would acknowledge this. He has always seen himself as a promoter for Invercargill, rather than a ‘policy and process’ mayor."

Mr Thomson also commented on recent changes to the council’s committee structure which have reduced the importance of Sir Tim’s role.

"The mayor saw this as a deliberate diminution of his power, which it accurately was, but in my opinion that was a side outcome of the change rather than the primary motivation of the change.

"Many of those I spoke with saw it as a compassionate way to protect his reputation and mana by reducing the opportunity for his difficulties to be apparent to the public."

On Cr Nobby Clark and his appointment as deputy mayor

"I cannot help but worry that the mayor’s lack of insight into what is needed has resulted in him appointing the person least likely to enable a collegial path forward.

"His elevation to deputy mayor is likely (in my view) to risk further destabilisation of both governance and governance/management relationship, unless he changes his approach to a more collegial one.

"He is a complex character who is seen by the majority of councillors as extremely polarising.

"There is a sense of ‘mission’ about Cr Clark that I think comes from the right part of his body — his heart. But colleagues find his manner and methods hugely aggravating and many point to Cr Clark as a significant cause of the governance disharmony.

"If council do not have confidence that the deputy mayor is leading in an appropriate manner, given the mayor’s difficulties, they have the means to rectify this."

On chief executive Clare Hadley and her relationship with Sir Tim 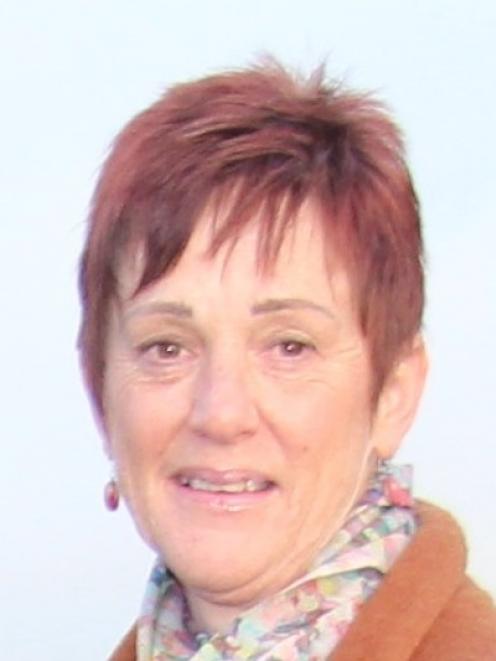 "It is doubtful that there has ever been a meaningful relationship between the CEO and mayor. The mayor feels abandoned by management and unsupported.

"The CEO, on the other hand, would say that she has found herself attempting to work with a mayor who is unable to carry out his role.

"I sense also that the absence of a meaningful relationship is a function of the CEO seeing the mayor as unable to discharge the normal mayoral duties."

Mr Thomson said Ms Hadley had been placed in a difficult position because she had taken on some governance roles due to a lack of political leadership.

“The CEO is clearly working in both a very difficult, and essentially unsafe environment, where she is damned if she does and unable to act sensibly if she doesn’t.

“The CEO is generally seen as very competent, even by most of those councillors that appear to be less supportive of her in the role.

“It is also clear that there is a significant minority of councillors that see the CEO as being a primary cause of the governance dysfunction. They see, incorrectly in my view, that their problems would be resolved if the CEO were to leave or be got rid of.

"It needs to be said there was a significant view from staff, and many councillors, that the only thing holding the council together at present was the quality of her leadership.

"I would encourage the CEO to focus on how her body language may be being picked up by others."

"Councillors largely believe that there is a community perception that they are unable to work cohesively together but also feel that this overstated and largely due to issues from a couple of members.

"Some further relate this perception created by the use of media which highlighted conflict over issues by a small number of councillors.

"However, it goes further than this with some councillors describing the atmosphere around the table as ‘toxic’.

“I am not persuaded that the general mix of councillors (mayor, as he currently presents, excluded) as any better or worse than that which would be found in many councils.

“I can report that there were some councillors that expressed the view that commissioners [replacing the council] might be the best option . "

On writing the report

"This has been a very difficult report to write, principally because of the huge regard that so many have for the mayor’s extremely long service to the city.

"At times people have expressed anxiety about being honest as they are worried about the impact on the mayor, his mana, and his legacy. I, too, have had to confront these issues."