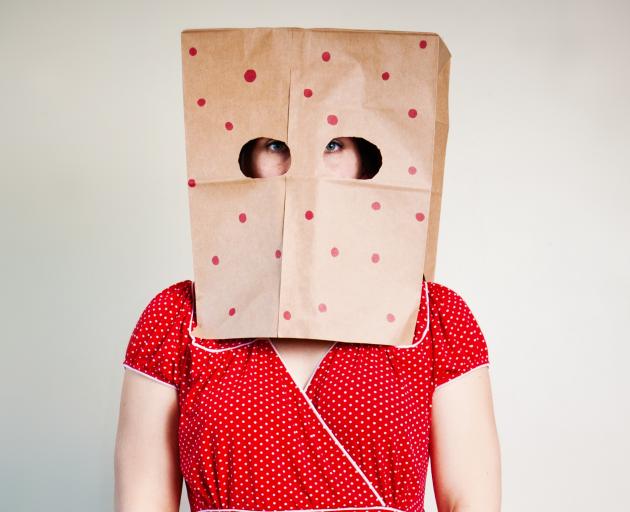 The lifelong impact of acne is something the medical profession is finally taking seriously. Photo: Getty Images
Teenage spots can ravage not just skin but mental health, too. Martin Love considers the lasting issues that can still be triggered years later.

Pimples, spots, plukes, pustules, boils, eruptions, carbuncles, zits ... If there are dozens of different words for snow, there must be at least as many in the school bully’s armoury for spots, or to give the condition its mercilessly judgemental medical name, acne vulgaris.

I was a gloriously acnified teenager - we aren’t talking about the odd sprinkling of spots here and there, more a deeply crusted carapace. I can still feel the heat rising under my throbbing adolescent skin as I traced the ugly bulge of each new ravagement, moving my fingers from one drying scab to the next like a never-ending game of join the dots.

Looking back, I was lucky enough to come through those challenging acne years with only a few physical scars, and most of those are on the back of my neck, out of sight, leaving my face relatively blemish-free. But only now, more than 30 years later, am I also considering the deeper, emotional scars that the condition left. And these scars are so much slower to heal.

The lifelong impact of acne is something the medical profession is finally taking seriously.

At the end of June, England’s National Institute for Health and Care Excellence (Nice) recommended mental health support for those who have been affected by their acne, stating that acne vulgaris and the scarring it leaves can have a strong psychological effect, potentially causing anxiety or depression.

Dr Tanya Bleiker, president of the British Association of Dermatologists, said: ‘‘Acne has a particular effect on appearance, so in addition to depression and anxiety it can be damaging to self-image, leading to isolation and sometimes to severe mental health disorders. This is often at a time in life when people may feel vulnerable.’’

I remember my first pimple so well. I was 13 and in the first foothills of puberty.

The zit was a fairly innocuous bee sting of a lump on my top lip. I almost welcomed it. I figured with it would come broad shoulders, a hairy chest and more than just bum fluff on my chin. In fact, it heralded 15 years of inflamed skin, livid welts and a relentless assault on my fledgling sense of self.

You’d think I’d be over it by now, but I’m thinking about my spots more and more - and the acute cruelty of being dealt such a blow just when it feels you can cope with it the least.

I’m not saying my acne was a life-changing event. People have had to deal with so many things much worse. But for me, having acne was awful and it has left a lasting legacy.

Back then, I was ‘‘the spotty one’’. For years I lived with that identifier. And spotty people were unclean, dirty, imperfect. And that was me.

I recently stumbled across the acne positivity movement. Over the past few years a growing number of bloggers have been openly, and with searing honesty, talking about their skin issues.

On social media they put up bare-faced selfies. Young, clear eyes staring out over the battlefield of their cheeks alongside hopeful statements, like: ‘‘The sum of you is greater than any imperfect part,’’ and: ‘‘Never let acne be the reason you cry’’. They’re brave and brilliant, but they also do make me cry.

One of my nicknames was Pink Floyd. I was named after their album, Dark Side of the Moon, because my face was cratered like the surface of the moon. Every time someone called me Floyd, even if it was meant fondly, I’d feel a hot flush as if my pimples were flashing red.

I once worked out that the only parts of my entire body that I hadn’t had a spot on were the soles of my feet.

Of all the thousands of spots I’ve endured there are some I can still remember.

I remember one giant that sat on the side of my nose for weeks. It was so big I could actually see it if I squinted downwards, disrupting my vision.

They hurt, too. It’s not just that they were unsightly.

I tried everything. I was on amoxicillin for months at a time. Clearasil, Quinoderm, vitamin E cream, azelaic acid. I didn’t eat chocolate for at least five years. None of it worked.

Today, kids are put on Roaccutane - and the results are spectacular. But there are side-effects to deal with, too. There are no easy answers.

I can still remember the last spot. It was a gigantic final fling that bubbled up on my throat on the morning of my wedding, when I was 26. I woke with what looked like a second Adam’s apple. The sharp collar of my shirt rubbed at it all day, leaving the mound shiny and sore.

The irony is that I have good skin now. People compliment me on it. And whenever they do I always blurt out that I used to have ‘‘terrible acne’’ as if somehow that made it OK that I was now spot-free. The scars have faded, but they are still lurking there. I’m not sure how far down they go.

I survived acne. It doesn’t sound like much of a boast. But when I look back I realise it is actually quite a feat.

I’ve felt myself blushing writing about it here, because there was always a hovering sense that in some ways it was my fault and if only I’d washed more or eaten more healthily I’d have had smooth and flawless skin.

That isn’t true, but no-one tells you that. And that is what I’d like to say to the younger version of myself: ‘‘Yes, you had acne, but it wasn’t who you were.’’

Dairy Intake and Acne Vulgaris: A Systematic Review and Meta-Analysis of 78,529 Children, Adolescents, and Young Adults - Conclusion, any dairy, such as milk, yogurt, and cheese, was associated with an increased OR for acne in individuals aged 7–30 years.

Vulgaris? Do the proper and circumspect not get acne?