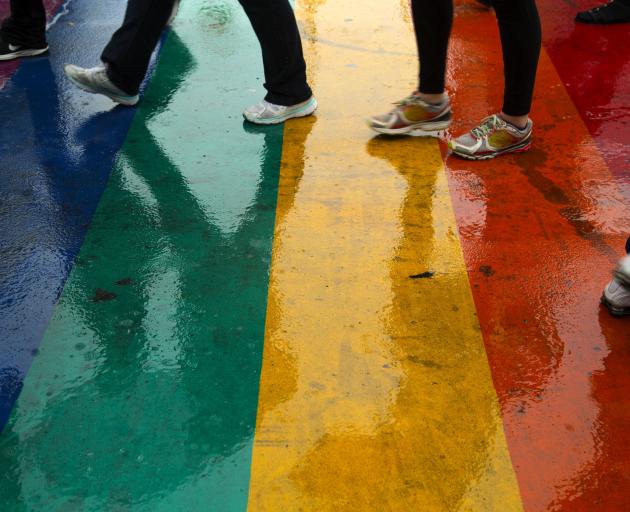 A rainbow-painted pedestrian crossing in Toronto. PHOTO: GETTY IMAGES
Dunedin businesses have nailed their colours to the mast, as signatures in support of a rainbow crossing streaked past the 3000 mark.

A petition seeking the painting of an entire Barnes Dance intersection in rainbow colours to support the queer community was hosted by 29 businesses and organisations in recent weeks.

There were 3243 signatories to the petition at the final count, Woof Bar co-director Dudley Benson announced on the bar’s Facebook page

Company of Strangers owner Sara Munro said she hosted a copy of the petition in her clothing store and the reception from her customers was great.

"We have quite a varied array of customers, from students to elderly people, and everyone that we talked to about it was keen to sign it."

The fashion industry had always been very inclusive, and it was good to be able to use the store’s platform to show support for the crossing. 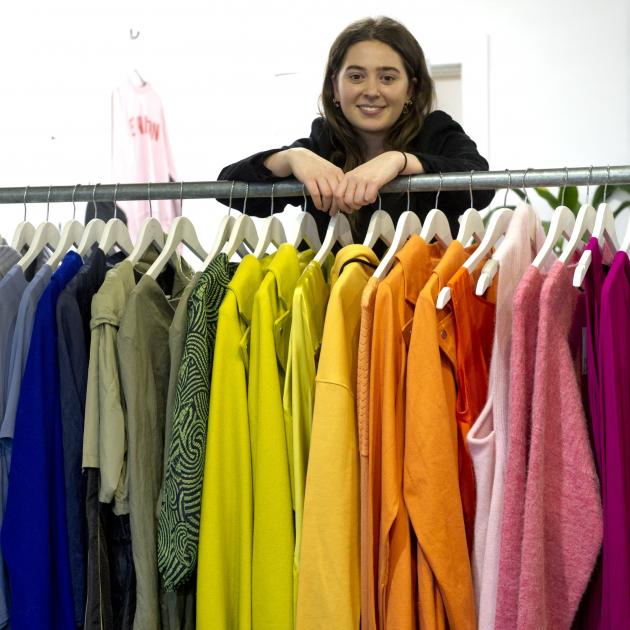 Emerson's Brewery staff member Frankie Scoles said she saw the petition on the internet, and approached her boss about hosting a copy in the bar.

Management were "100% on board’’ with the idea, and bar staff proactively encouraged patrons to sign the petition.

Ms Scoles said she was nervous about how receptive punters might be to the petition, but she need not have worried.

"We brought in customers to be honest, we shared [the petition] on social media and we had people come in and tell us they’d seen it and wanted to sign.'

Mr Benson said he would present the petition to the Dunedin City Council at a meeting in September.

An online version of the petition was scheduled to launch on Friday.

Why not go all in and paint rainbows on all Dunedin's pedestrian crossings too, it will show solidarity and support the mental health of our lbgtqi++ communities. The white stripes are a little-known relic from Aotearoa's colonial past. Also, new research from Massey University shows that our queer community was disproportionately affected by the Covid pandemic. Time to take action!

Then ask all the petition signatories to put in $5 each and you have $15,000 which is a good start to paint the crossing. A GiveALittle page, permission from the DCC and its done!
There is a reason that pedestrian crossing are painted white.......it's cheap and its about safety. But at the base of this, I don't support what can be considered 'artwork' to be placed on public roads. There are enough distractions out there. Road space isn't a game of dots, nor is it a place to celebrate diversity, leave the painted roads to Toronto, paint the poles, paint the pavers, paint the footpath, OR, make the space pedestrian only, then I to will sign the petition and pay $5.

Council also needs to educate our hapori, particularly tamariki - biological sex is a societal construct, historically used to enforce a heteronormative and patriarchal hierarchy of power. It's disgusting that we still assign babies with a biological sex at birth. Otago University faculty of gender studies showed that this damages the mental health of trans babies later in life.