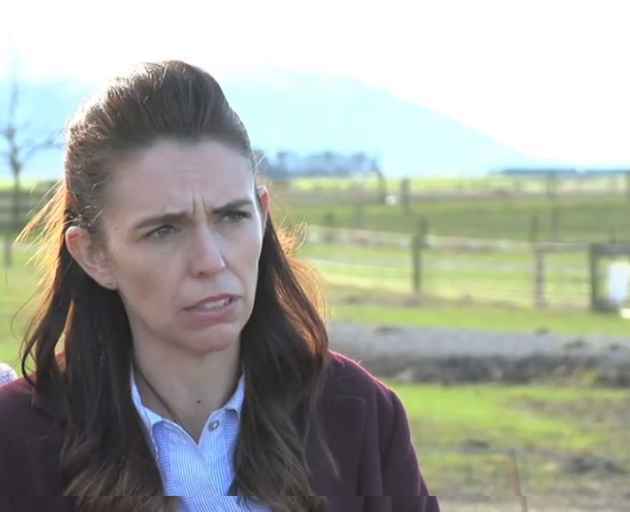 Ardern is still the preferred prime minister at 45.5%, down 2.6%. National leader Judith Collins has jumped by the same margin up to 8.2%, but sits behind Act leader David Seymour on 8.6% after he received a 3% bump.

When asked who they preferred, voters chose Seymour over Collins by a significant margin - 41.7% to 25.9%, with 32.4% reporting they did not know.

The poll comes after a turbid few months for the National Party, with the high profile retirement of veteran MP Nick Smith citing an employment issue, and former leader Todd Muller's forced retirement.

The Labour-led Government has also come under increasing scrutiny over the Covid-19 response, in particular the vaccination rollout and immigration and managed isolation and quarantine issues.

Former PM John Key was higher than Collins on 6.7%, while backbench MP Christopher Luxon was on 2.4%.

And that sound fairly realistic to me. I'm picking that is where they'll stay, give or take a few percent through to the next election. I would put the drop down to pandemic fatigue.
The major interest in the polls over the next couple of years will be how that floating 10% shifts around the small players. These are NZ First voters looking for a new home. At the moment ACT are looking good but I doubt that will last. The silent weirdo ACT MPs will cause that to erode the flier we get to the election.
Interesting, but hardly surprising, that none of Labours loss has gone to National.

Three polls in the last couple of weeks showing the same trend. Labour are losing a lot of support.

They are still well above anything the last nat govt got to. National only had a 1 seat majority for the last few years of thats why none where removed when they got into trouble despite nats xalling for labour resignations for way less.
Nothing to start worring about unless they drop below 40 and at the moment thats very unlikely because collins cant even fet national out of the 20s

To be expected and what normally happens as you start to implement policies like water reforms that we all know are needed but don't like the medicine.
Coupled with a growing right wing movement noticed by the infiltration on talkback radio & emails.
Having right wing media also doesn't help particularly the negativity over the Covid management.
For those that support ACT need to remember that they have no one to go with with their right wing radical loony policies that would rip society apart.
The headline here I expect from the media but the crux is the Nats are doomed.
All leaders of a nation are unpopular but the nuts & bolts is Labour is still high at 43% & Jacinda 45%.

Right wing media in NZ? TVNZ is basically a mouthpiece for the govt. Hardly any airtime for dissenting views on govt policy. Other media also well known for their lean to the left. I suppose there might be the odd right wing talk-back host.

On what basis do you judge TVNZ as being a mouthpiece for the Govt? Their current affairs and news programmes are full of dissent from Govt policy. They do better than TV3 in trying to present a balanced view but they are hardly Govt friendly. TV3 is, in my opinion, effectively NZ's equivalent of Fox TV with Duncan Garner apparently basing his on screen persona on Tucker Carlson.

Labour will continue to go down in the polls whilst they introduce legislation that they have no mandate for, and deservedly so. People are starting to see through the veneer of Arderns spin and the future of New Zealand is not in separatist, divisive policies.

We can agree on one thing, the future of NZ is not in separatist, divisive policies.
We've had around 180 years of that so far and our Govts still rule with an underlying colonialist philosophy. Admittedly some moves forward have been made starting with the Kirk Labour Govt and even National Govts have removed some of the really divisive legislation on the books, although admittedly their motivation was economic rather than any sense of inclusiveness.
I do however disagree with your assertion that the people of NZ are starting to see through the veneer of Ardern's spin. You give your fellow Kiwis to little credit. They can see her spin for what it is, always could do. They did not abandon National and flock to the Labour banner because of her spin, they abandoned National because of crusher and her destructive ideas. They'll stay away until National come to their senses and dump her. They also went to Labour because NZ First had the stupidity to anoint Shane Jones the heir apparent and thereby removed that option from them. Nothing to do with a sudden realisation that Ardern is a master of spin.