By Hamish MacLean
2 Comments
Covid-19 Response Minister Chris Hipkins wants answers as to how a student managed to breach lockdown by flying from Auckland to Dunedin.

Police confirmed yesterday a $300 infringement notice would be issued to the University of Otago student who breached Alert Level 4 restrictions by flying from Auckland to Dunedin without an exemption on Monday. 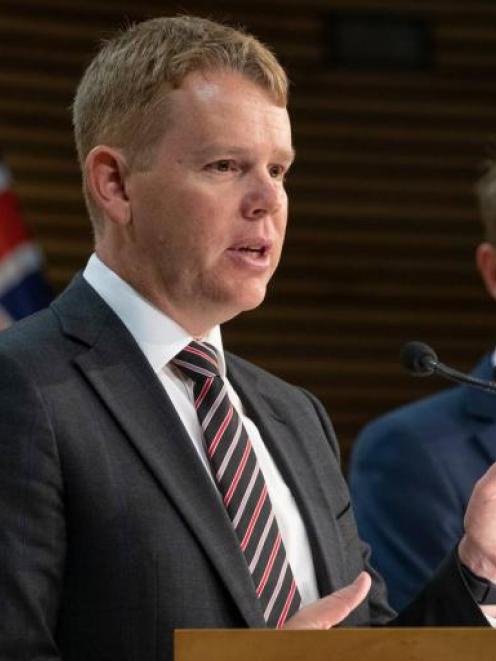 It was not an isolated incident, police said.

An infringement notice was issued to another student who flew from Auckland to Wellington without an exemption on Monday evening, police said.

Yesterday, Mr Hipkins could not say how the students were able to board their flights.

He could not offer any details on the system in place that he said should have prevented the students from even entering the terminal.

There was a range of criteria that made somebody eligible to travel, and the student should have had to demonstrate they met that criteria before they were able to get into the terminal before then getting on the plane, he said.

‘‘At this point I don’t have information about what information they supplied when they went to the airport in order to get on a plane and leave Auckland,’’ Mr Hipkins said.

‘‘Until that information has been assembled, I’m just being very cautious about making a conclusion about whether or not that system is robust.’’

He said he would look again at the issue, including to see whether the standards remained in place as he understood them to be previously.

‘‘This is disappointing. These people should not be travelling,’’ Mr Hipkins said.

An Air New Zealand spokesman said under Alert Levels 3 and 4 only essential workers should be travelling.

However, Aviation Security was responsible for ensuring customers were travelling for the right reasons, he said.

A Civil Aviation Authority spokesman could not say yesterday how the students got on board planes, but said Aviation Security was reviewing how it checked passenger eligibility after the police infringement notices.

A police spokeswoman said the Ministry of Health had said it was investigating.

A Ministry of Health spokeswoman said the agencies involved were ‘‘working together to resolve this issue’’.

On Tuesday, Southern District Health Board medical officer of health Dr Michael Butchard said the Otago student was interviewed by Public Health South after arriving in Dunedin and the public health risk was assessed as low.

This Govt putting out fires as they go along.
This guys meant to be in charge?

He should look to the justice minister for answers who presides over a no consequences, no personal responsibility society the he and his government helped establish.

Look I will admit labour is doing a good job on somethings, including covid, but law and order is certainly not one of thier strong points.