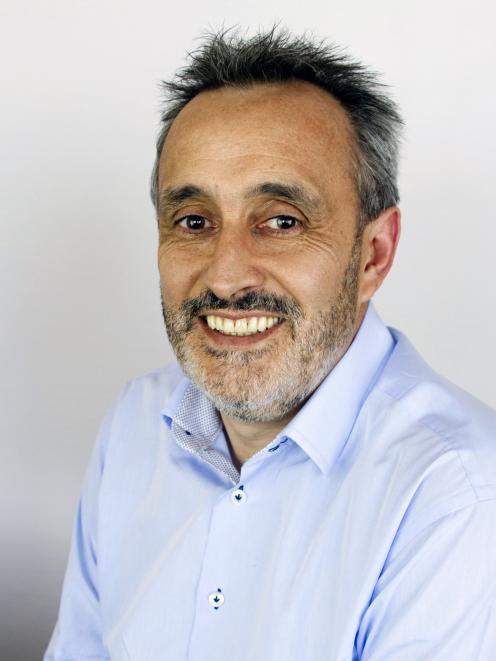 ORC corporate services general manager Nick Donnelly
An Otago Regional Council general manager lost his cool at councillors, accused them of piling on the work, and called one resolution a "load of rubbish" at a meeting yesterday.

At an audit and risk subcommittee meeting, ORC corporate services general manager Nick Donnelly was asked to weigh in on subcommittee chairwoman Cr Hilary Calvert’s proposal for a new working party of councillors to undertake a review of a new contract management policy for the council.

Mr Donnelly said the resolution would involve jumping ahead of the ORC staff’s planned work programme.

"I just look at this and I go, ‘that’s interesting’, but I’ll actually have to talk to Sarah [ORC chief executive Sarah Gardner] about whether that’s achievable or not — I doubt it very much.

"What concerns me about this is it’s yet another working group where you’re basically just telling me to jump in and start working — do my day-to-day job — with a group of councillors," said Mr Donnelly.

"And it’s just this sort of thing is happening every meeting that you are making these resolutions; they’re just not workable.

"You did it yesterday, you did it in December, I mean, this sort of thing just has to stop.

His rant continued: "I’ve got a job to do. Staff have a job to do. This resolution, quite frankly, is a load of rubbish.

"If you want to make this resolution you can, but I’ll talk to my boss about the feasibility of me getting that done."

Cr Calvert said managing contracts was "core business for us" and said the work should be made a priority.

But Mr Donnelly stopped her.

"Cr Calvert, please do not berate me in a public meeting.

"I find this line of questioning quite inappropriate and I would prefer that you would stop," Mr Donnelly said.

Cr Kate Wilson said the matter should be discussed in a public-excluded session due to privacy concerns and commercial sensitivity as it related to an item to be discussed behind closed doors later in the day.

Despite a protest from Mrs Gardner, the public discussion on contract management was duly stopped.

Nevertheless, the issue cropped up later in the meeting.

Mrs Gardner said decisions made during meetings that created work and drew staff away from budgeted work programmes was becoming a "serious problem" at the ORC.

She said the role of councillors was to "be strategic" and link the council’s work programme with commitments that had been laid out in the long-term plan.

But instead, councillors were making decisions on the fly that were taking more and more staff away from their normal duties within the council in order to do the extra work.

"This is an increasing problem. It causes pendulum swings in the organisation on a constant basis," Mrs Gardner said.

"I’m not complaining about extra work, but we need a better system. This isn’t working."

Cr Alexa Forbes said she did not like "policy on the fly" that asked staff to do work that had not been budgeted for.

Cr Forbes said councillors were putting staff under undue pressure by not "staying in [their] lane".

"We cannot, cannot, just be constantly asking more and more of staff because suddenly we have a great idea about something," she said.

Cr Calvert said councillors needed to spend some time reflecting on the discussion.

Oh dear ... more than 2 documents a day to sign must be so damn stressful !!

In spite of over 100% increase in rates and almost doubling staff numbers over the last four years, ORC fails to deliver the basics. Contract management is a basic! The high turnover of staff and executive over the last four years demonstrates the general incompetency of the executive and the failure of the chief executive to deliver. ORC used to be the number one regional council in New Zealand, but is now a laughing stock whose processes are under review by the Government and judiciary. Sadly, ORC councillors seem incapable of making good decisions and are receiving no guidance or leadership from the executive. It really is time for a commissioner to be appointed and the executive to resign or be dismissed.

It really is amazing that we should be hearing this sort of nonsense! ORC executives are paid salaries of hundreds of thousands of dollars and provided with cars and other benefits by ratepayers. It seems they can't deliver a contract management plan, which is a basic part of running an organisation. If these people are not up to the job, they need to move on or be sacked. If they can't take the heat they should get out of the kitchen. Will councillors do anything about it? Of course not - other than another meeting at ratepayers' expense!!!