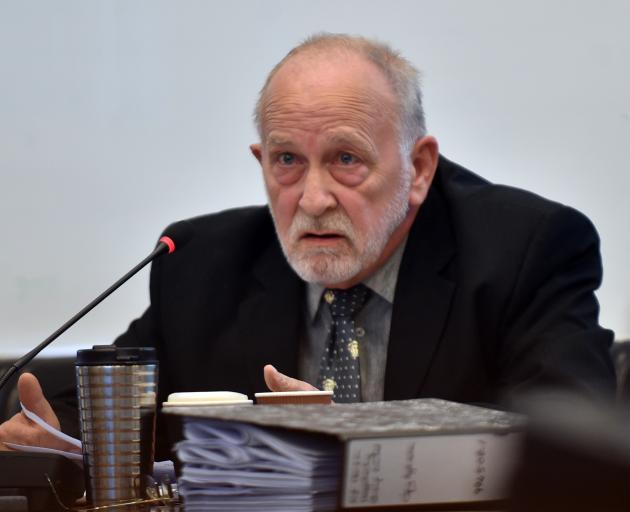 Anthony Tosswill, Property developer based in Tekapo discusses the benefitrs of his proposed hotel in Moray Place at the Dunedin City Council hearing on Monday. Photo: Peter McIntosh.
A tower would be an essential part of Dunedin’s first five-star hotel, an international hotel investment specialist says.

The assessment came from Ken Harris, of THC Group in Christchurch, who spoke for the development of a five-star hotel in Moray Pl, opposite the Dunedin Town Hall, at a consent hearing yesterday.

Mr Harris was among seven consultants assembled by Tekapo businessman Anthony Tosswill  as part of  Mr Tosswill and lawyer Phil Page’s presentation of the case for the hotel and apartment development yesterday.

Yesterday, he told the hearing he had been considering a hotel development in Dunedin for five years, while working as  New Zealand regional manager of Australasian hotel chain Mantra Group.

The right opportunity never materialised, until he founded his own hotel management company last year and began working with Mr Tosswill.

Now he was confident the development would work for Dunedin — but only if the city’s first five-star hotel ticked all the  boxes, including building up.

The developers were in talks with two five-star brands about the Dunedin project, but they had to be confident of success.

They were very particular about location, service delivery and viability, and not prepared to compromise their "very strict" brand standards, he said.

For Dunedin’s development to work, the prerequisite was  180 rooms "at a pinch", but preferably 200 or more, he said.

The hotel’s success would be based on its occupancy, but also the average room rate it could charge, and the latter was driven by location, guest experience, quality and views, he said.

That made a tower development ‘‘extremely important’’ to maximise views and drive up room rates, boosting the project’s viability, he said.

The inclusion of apartments for sale was also an increasingly popular part of hotel developments, as it gave the opportunity to pay down debt, he said.

Those features were essential for the hotel to succeed, but  demand was already high for such a facility, he said.

The project would also boost the city’s event and conference facilities, generating jobs and lifting  the room rates  other operators could charge, he said. Mr Page, in opening arguments yesterday, said  criticism by some submitters  the development amounted to a take-it-or-leave-it offer for the city was unfair.

Mr Tosswill’s team had earlier rejected a recommendation by independent planner Nigel Bryce, who suggested consent be declined unless the building was reduced from 17 storeys to 13.

Mr Page said Mr Tosswill had been "fastidious" in working with the council to refine the design.

Chris Wilkinson, a retail strategist with First Retail Group, said the "bold" project could also boost spending in the city and help revitalise a ‘‘vulnerable’’ part of  George St.

However, Mr Tosswill’s team was  challenged by the panel hearing the application.

Independent commissioner Stephen Daysh, of Napier, repeatedly questioned the lack of hard data on the touted economic benefits associated with the  development.

The information was needed to weigh against submitters’ concerns about shading, visual dominance and loss of views, but the panel had been given only "vibe stuff", he said.

Panel chairman Andrew Noone later told Mr Page the need for such information was something "you may want to think about" before the end of the hearing.

Mr Tosswill’s team is expected to wrap up its application today, before the first of about 60 submitters who want to speak at the hearing have their say.

• 17-storey building, including three below ground

• Retail and range of other facilities 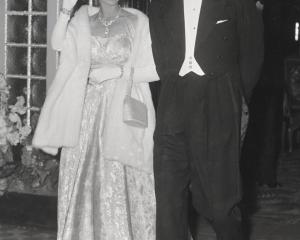 I think people would be more in favour of a hotel if it was a decently designed building. This guy has given us exactly what our last girl gave us - a building of glass - no taste no design factor. Just a blob of glass.