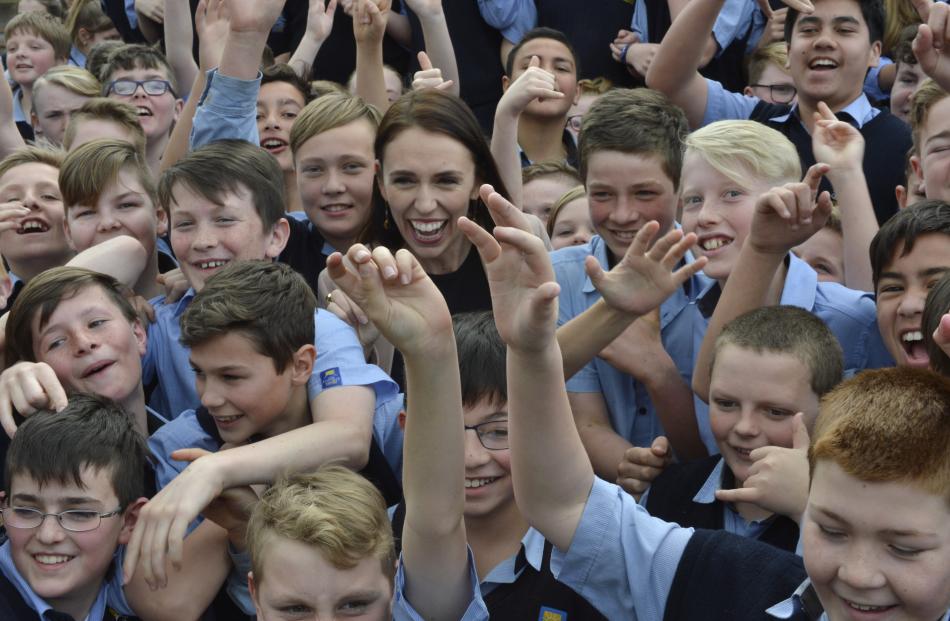 Labour leader Jacinda Ardern is mobbed by Taieri College pupils during a visit to the school yesterday. Photo: Gerard O'Brien. 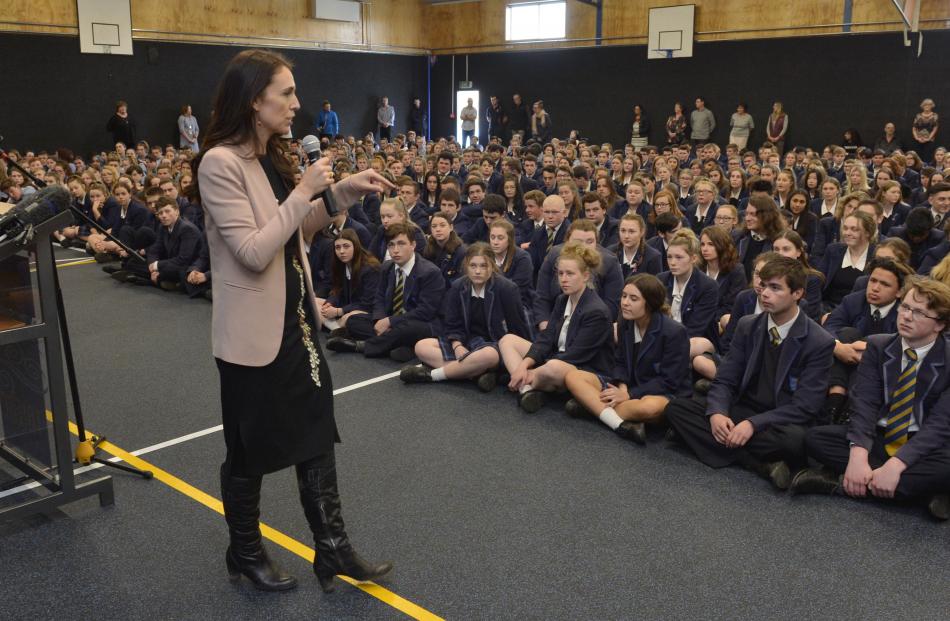 Jacinda Ardern speaks to Taieri College pupils during a visit to the school. 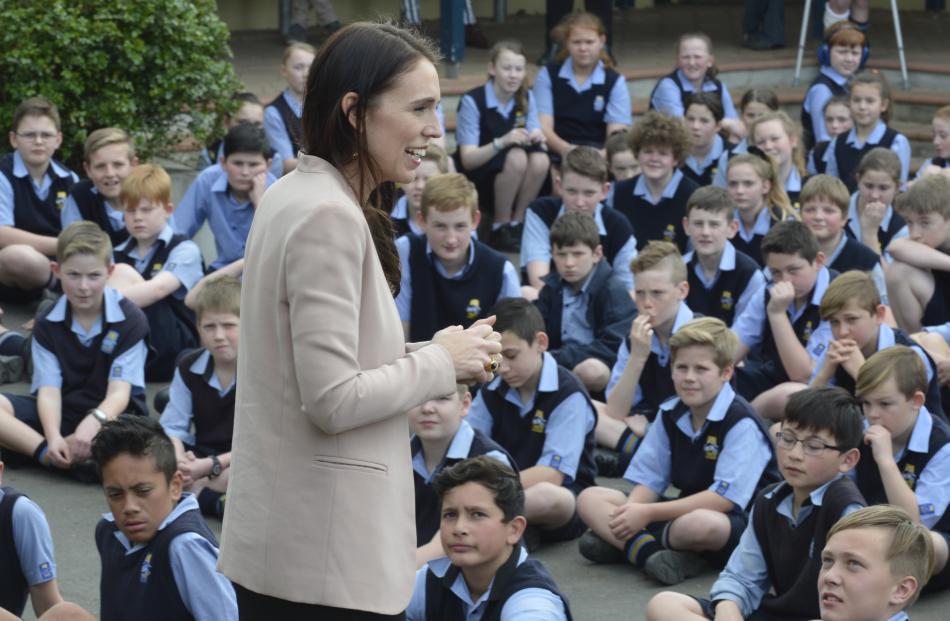 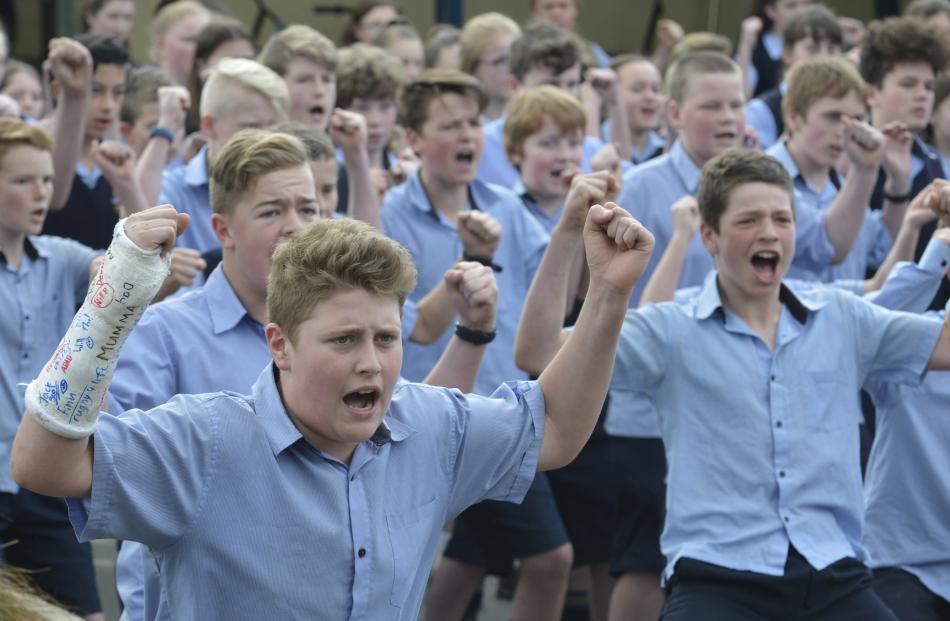 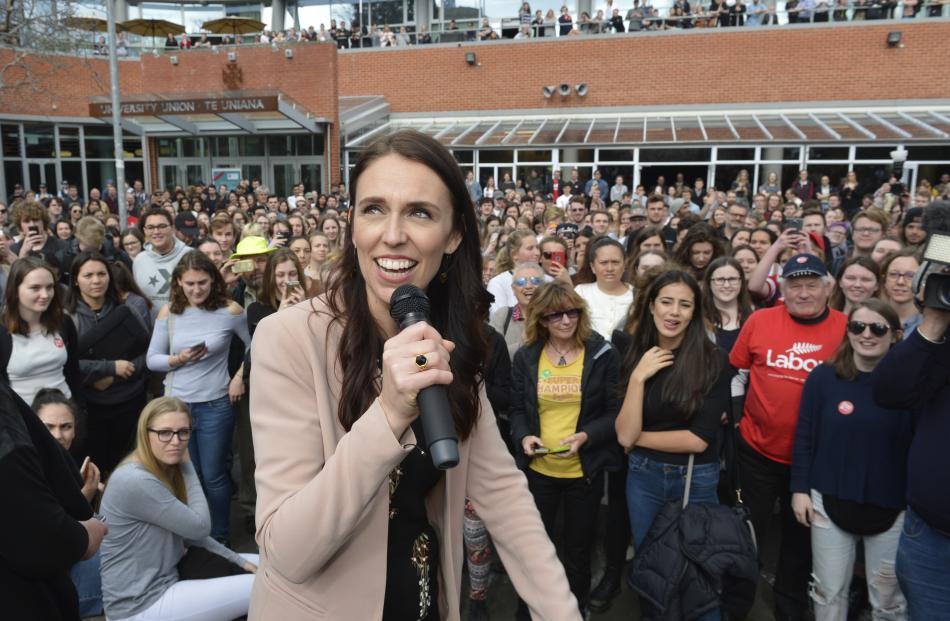 Jacinda Ardern speaks to a crowd outside the University of Otago Student Union. 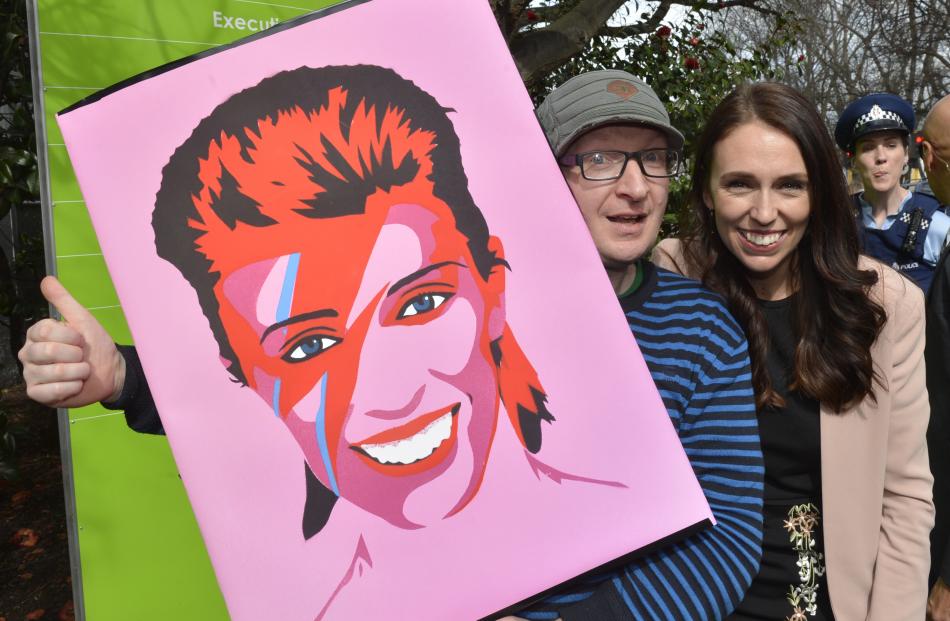 Dunedin artist Sam Sharpe with his Ziggy Stardust based image of Jacinda Ardern at the University of Otago. 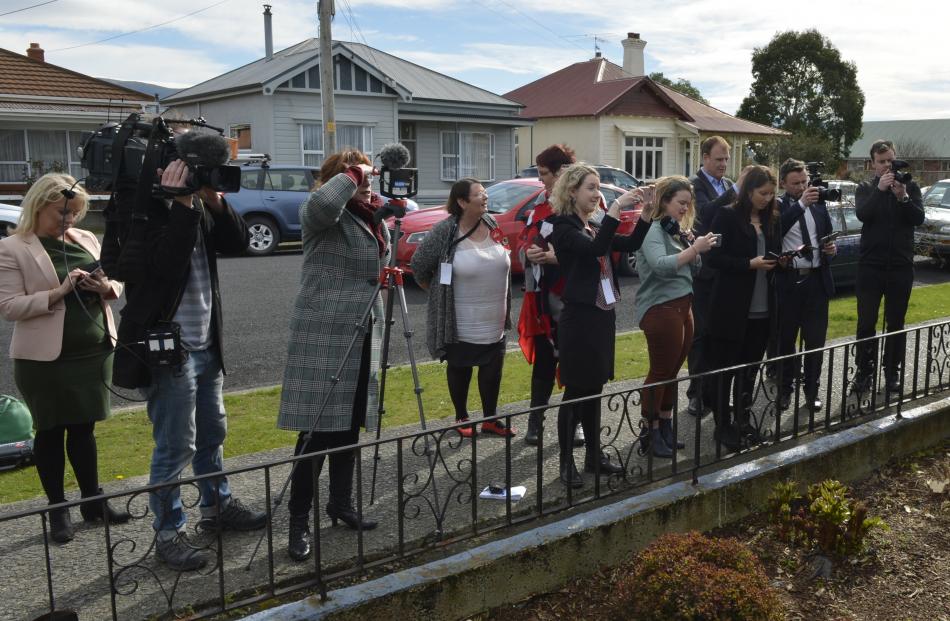 Media outside a Bellona St address wait for a press conference with Jacinda Ardern. 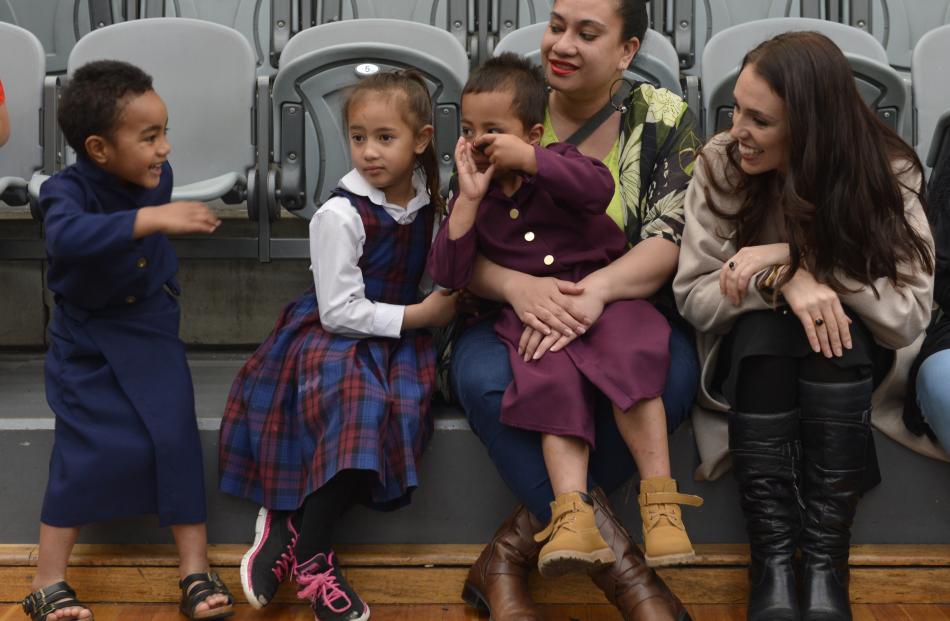 Tansel Oliveti (4) dances for Jacinda Ardern as (from left) Theresa Vakauta (5), Tua Vakauta (3) and Pele Lolohea look on at Polyfest at the Edgar Centre in Dunedin.

Dunedin residents opened their schools, homes and arms to Labour leader Jacinda Ardern yesterday, during her second whirlwind visit to the city.

The leader’s "stardust" seemed to coat every place she visited as she stopped for hundreds of selfies and signed the occasional autograph.

The eyes of people watching performances at Polyfest at the Edgar Centre were diverted from young performers onstage as Ms Ardern and her entourage, including retiring Labour MP Annette King, spent five minutes fielding the views and concerns of those there.

Pele Lolohea, of Dunedin, and her children posed for photos with  Ms Ardern.

Through a broad Labour-red lipstick smile, Ms Lolohea said she would "definitely" be voting for Labour.

Down the road from the Edgar Centre, South Dunedin resident Loncey McCullum nervously waited at his door with daughter Brooklyn (9) for Ms Ardern to arrive for a tour of their flood-affected home.

The family had spent the previous two nights  giving the home "a bit of a spruce-up" in preparation for the visit, Mr McCullum said.

Two years on from the devastating  floods,  he hoped Ms Ardern would offer some answers on how his home, which was riddled with rotting floor boards, would be repaired, Mr McCullum said.We have always been a Labour-voting family.

"I wasn’t sure about Little, but I like Jacinda and I hope she will help things," Mr McCullum said.

d it "hard" to keep the news the possible future prime minister was visiting her house from her friends at St Clair  School.

Word of Ms Ardern’s visit to the University of Otago campus was well and truly out,  about 700 people packing the university lawn and others craning their necks from nearby buildings and balconies to  welcome her.

When he heard Ms Ardern "own" the name after  National leader Prime Minister Bill English said her effect was like stardust, he decided to create the work, he said.‘‘Jacinda and I have a mutual friend and when he arrived in Wellington with no furniture, she arrived with a cup, plate and bowl.

"She is a genuinely good person."

Hundreds of others seemed to share the same view, and there were roars of applause when Ms Ardern promised to combat cold flats and fight climate change.

Among those wanting hugs and selfies with her was Ms Ardern’s cousin, Elle Warwick (18), of Auckland.

The pair exchanged a long hug before Ms Warwick said she was "extremely proud" of her cousin, but it still felt strange seeing her mobbed by hundreds of supporters.

"Jacindamania" had also reached  Taieri College,  and during Ms Ardern’s  visit to the school, a group of year 7 and 8 pupils spontaneously broke out in a chant of "let’s do this!" when posing for a photo with her.

She later fielded  questions from pupils and staff,  including one from a pupil who asked how she felt about Mr  English’s performance in government.

He had done "a pretty good job" as finance minister, but his time was up, Ms Ardern told the young crowd.

Despite most of them  being too young to vote, many pupils still chose to immortalise the visit with a selfie with the Labour leader.

A public engagement to balance 'Face Children At School'. Famous old people will ask "Do you know who I am?"