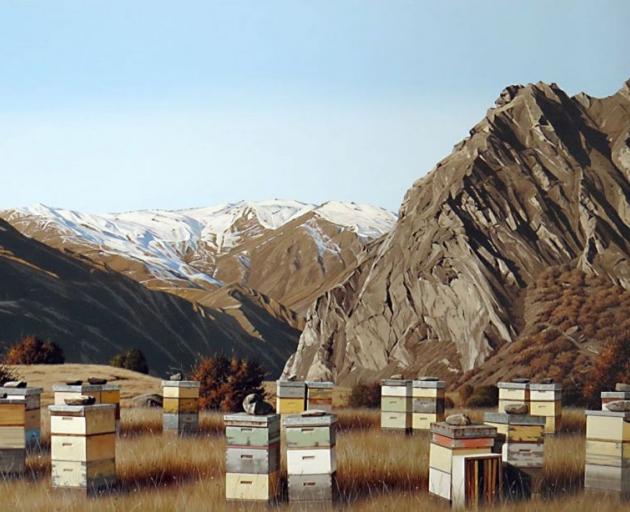 Michael Hight is a masterful painter of scenes of rural New Zealand.

His works, linked by the constant presence of beehives, depict the natural landscape and the human mark upon it, producing images that are simultaneously depictions of our high country scenery and reminiscences on, and allegories of, the hand upon the land.

The hives become a visual synecdoche, a simple motif through which we understand the changes that have been wrought by settlement.

Unlike many of Hight's exhibitions seen in Dunedin in recent years, this exhibition focuses more solidly on farm buildings - the ramshackle barn of Awatere Valley, the pioneering hut of Fighting Hill: Rakaia Gorge, and - perhaps most impressively - the strong compositional elements provided by the digger and shed in Mt Hutt Station.

It is, as always, the panoramic backdrops of New Zealand that steal the show, and Hight's depiction of these vast vistas is no less skilful than the loving care he brings to the faded weatherboards and rusting corrugated iron.

The rugged land dominates images such as Nevis Bluff and the deep-field perspectives of Towards Erewhon, and in Ngauruhoe the conical peak of the volcano provides a perfect counterbalance to the serried ranks of hives arrayed across the foot of the image. 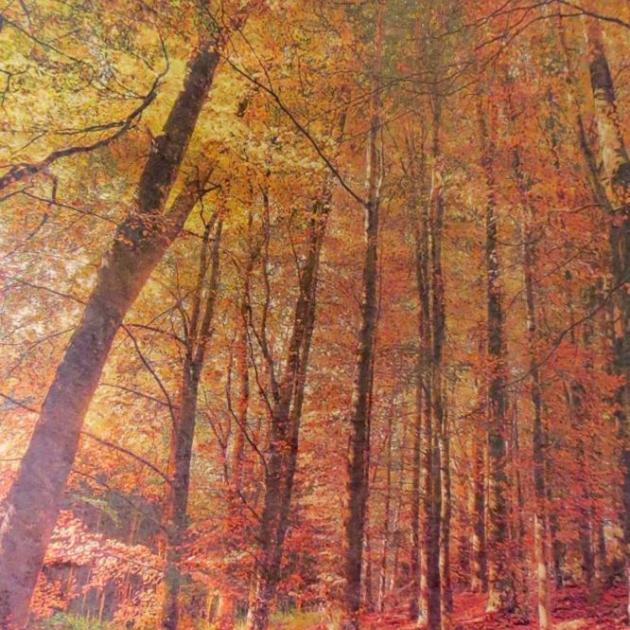 Murray Crawford also provides us with a series of landscapes, though the similarities between his work and Michael Hight's in subject matter is outweighed by the differences.

In some ways, Crawford's landscapes are the antithesis of Hight's. Hight emphasises the grandeur of the land with subtlety, concentrating on its comparisons with our meagre incursions upon it, producing oil paintings that approach the photographic.

Crawford's works, by comparison, take the photographic image and embellish and enhance the emotional content through digital means to the point where they approach the painted scene.

Subtle they are not, yet there is a strength in them even while we are aware of the computer manipulation involved.

Colour is a particularly powerful tool in Crawford's armoury, and he wields it well; the lush ambers and siennas of autumnal trees and the rich deep blues of a twilit harbour bathe the senses.

So too, the use of soft focus and pastel tones on Crawford's image of lupins is very effective.

The photographer has used corrugated sheet iron for several of his works, the undulations of the surface used to good effect in works such as Wanaka Lane, where the steepling trees seem to gain an even more towering aspect from the contours. 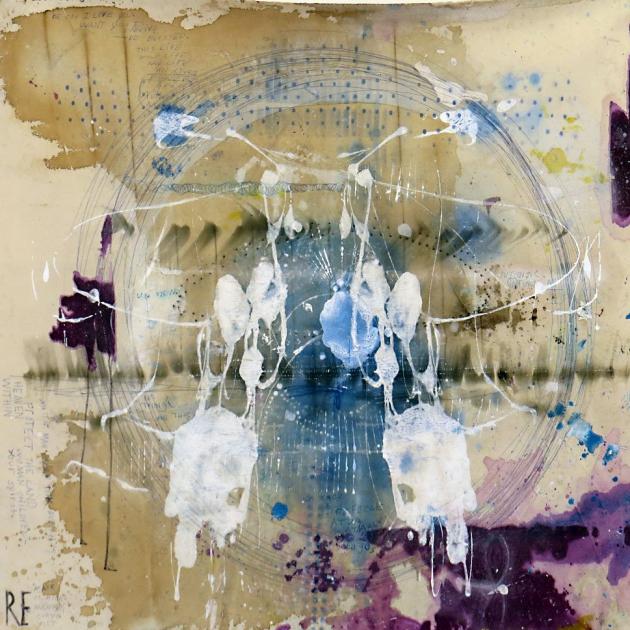 Max Bellamy and James Robinson are not two artists you would instantly think of as exhibiting together, yet the pairing creates an impressive chemistry in ''WHF Outcomes''.

The exhibition's title refers to the artists' residencies at Invercargill's William Hodgkins Fellowship (Bellamy in 2011, Robinson in 2013).

The two videos presented by Bellamy are artefacts of that time, and form a centrepiece to the exhibition.

In one, we watch an aircraft flying low through a forest.

It is clearly a model, yet we are still unnerved by the closeness of the trees.

The other video is a slow, hypnotic trip, looking up at pylons and wires drifting by as we travel a backcountry road.

Robinson's hanging canvases provide a counterpoint to this calm, though they are quieter than many of the artist's earlier works and, odd though it may seem with brutal abstracts, also appear more joyful.

The written elements are positive, ''Be blessed ... this is God, life force'', and the deliberately symmetrical nature of the works suggests there is more balance in the artist's designs than his jagged earlier works.

The exhibition is completed by two groups of photographs by Bellamy, one of which forms a haunting narrative of marriage and artificiality.