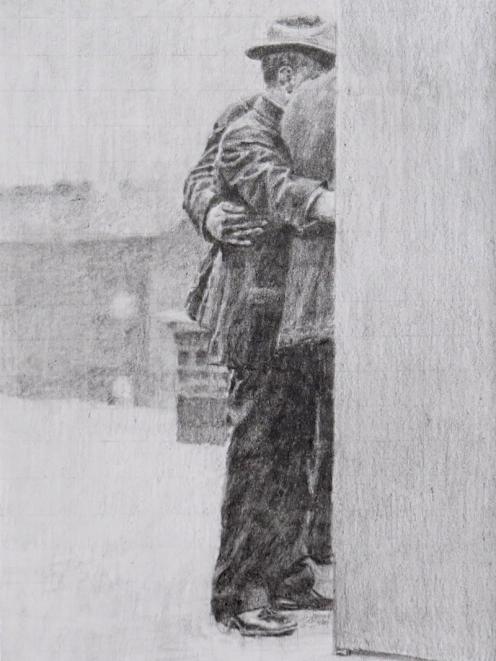 A first glance at Philip Madill's meticulously worked drawings might suggest that the artist has moved into new, happier territory in his latest series of works. Unlike his previous exhibitions, which have displayed dystopian images of a kafkaesque machine-controlled state, these works appear more open, more human-driven, and less submerged within the surveillance or control of technology.

A closer inspection, however, reveals that these are still people in some alternative-reality dystopia. We see an unnerving symbiosis or connection with machinery in drawings such as The interview. In other works - most clearly in Non-returned - we see images which would not be out of place in 1950s espionage films, or potentially in real-life espionage of the era.

Depictions such as the exhibition's titular work have a studied and claustrophobic air of repressed danger. Even the most emotion-laden and least machine-dominated of the works, the effective, audaciously composed The Self-confessed, has the same eerie air of paranoia found in the work of artists like George Tooker.

It is not just the disturbed atmosphere of these works which is worth noting. The skill of the artist and his ability to pick out fine detail impressively are shown to great effect in details such as the textured skin and reflective metals of Personal HAL. 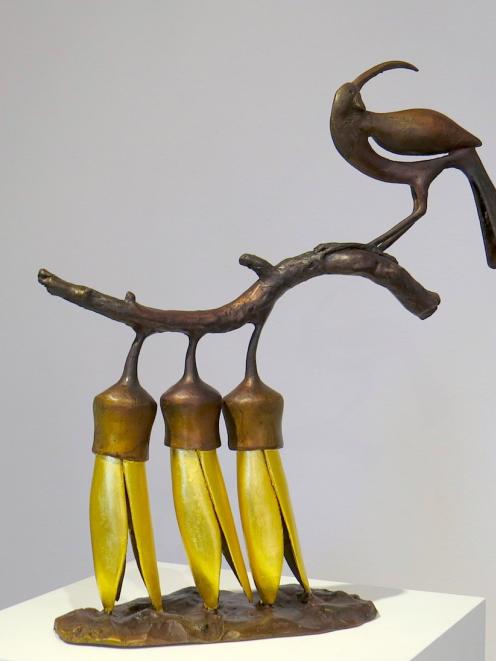 Peter Nicholls is perhaps Dunedin's finest monumental sculptor. His works reflect and complement the land while being inspired by its natural beauty. His full-scale forms may be found in several locations around Dunedin, most notably in the rising fan of timbers close to the Harbour's edge on Wharf St.

Several large works by Nicholls - along with many smaller pieces - can also be currently found at Fe29 Gallery. In what the 83-year-old artist has named his final exhibition, the gallery is displaying works from throughout the sculptor's career, ranging from the towering Arch and giant mining grinder plate of Musa, to much more modestly-sized items such as his forged steel Canopy and Shield pieces. These latter sculptures make great use of the interplay of form and light to cast intricate shadows which become part of the artworks. The exhibition is completed by several preparatory drawings and photographs of major installations.

Given the sculptures' often semi-abstract quality, there is something very human and warm in many of the pieces, and the artist's love of and connection with the land and its ecology comes through clearly in many of the works. It is hard not to see something of a self-portrait of Nicholls in Old Blue, with its striding protective figure and avian companions. 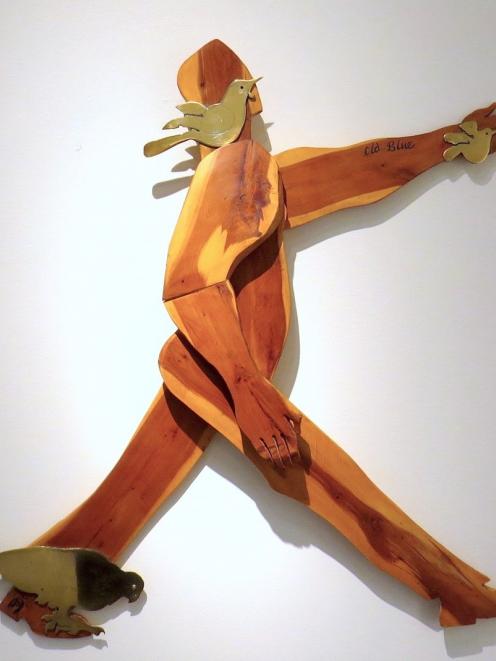 It is a good time for viewing monumental sculpture in Dunedin's galleries. The exhibition at Fe29 is well mirrored by an exhibition of cast bronze pieces by Paul Dibble, currently on display at Milford Gallery.

Dibble's work has a strong undercurrent of ecology, and, as with many of Nicholls' works, avian fauna are a major inspiration for Dibble's display.

The central works in the exhibition use the godwit (kuaka) as their motif. These birds are part of New Zealand myth and culture, their astonishing migrations being emblematic of final farewells in Maori lore, and also of departure overseas through Robin Hyde's classic novel The Godwits Fly.

Dibble has used the birds' migration as the jumping-off point for his two large-scale works in this exhibition, producing work in which the birds roost on symbolic oval forms which may be maps, globes or compasses.

The remaining works in the exhibition focus on both godwits and other New Zealand native birds. These pieces are predominantly maquettes - studies for larger works - but have power and beauty in their own right.

A fantail becomes a giant engagement ring in one lovely piece, and two sculptures featuring kereru also delight. The beautifully balanced composition of a huia on kowhai in Kowhai Means Yellow makes it a standout work.