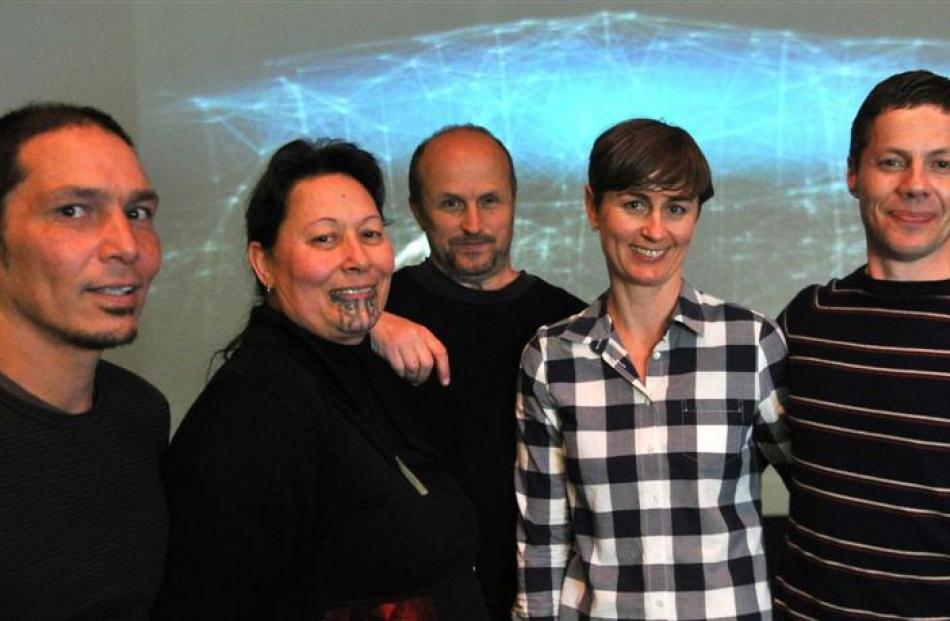 The multi-media installation was open for the first three days of the festival and the final three days, including today and tomorrow. Several of the artists would hold a public talk on the installation in the auditorium at 3pm today.

Inspired by nature, the installation transformed the auditorium into a cave-like space, where water, sound, light and hollow river stones took visitors on a tactile journey, Belton said.

The installation was interactive and people were encouraged to pick up the stones and look at and play with the reflection in the water of dancer Janessa Dufty, of the Sydney Dance Company.

The installation had captivated viewers, he said.

''One lady was in here for two hours. You could see her sitting there mesmerised, just moving things and watching.''

In the recording of the scoundscape, Dr Richard Nunns, of Nelson, played traditional Maori instruments and river stones were drummed and blown into, he said.

A film version of the installation would screen at the New Zealand Film Archive, in Wellington, in November, The Buenos Aires Museum of Modern Art in December and the Prague Quadrennial in June next year.