Conversations with Jack and Janet 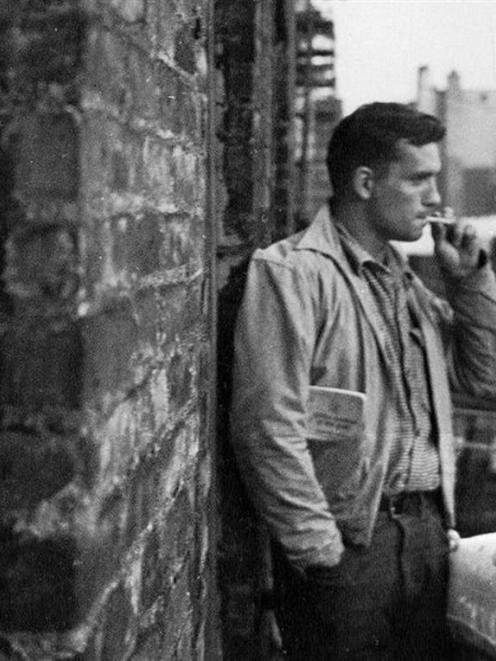 Jack Kerouac
Forty years ago, in a Dunedin milk bar, a young man was consumed by a desire to write. Otago Daily Times journalist Chris Field was that man.

Looking back, 1968 was a remarkable year. There were two assassinations in the United States, street barricades went up in Paris, Soviet tanks rumbled into Prague, war raged in Vietnam.

In New Zealand, a ferry sank.

And it was also the year I decided to become a writer.

I was meant to be a university student. It had seemed like a good idea to study again after dropping out some years earlier to earn some money.

But things had changed a lot and the newspapers were full of stories about student unrest overseas. Danny the Red and Rudi Dutschke. Demonstrations and the New Left.

At Otago there was a stink about tightening disciplinary regulations over accommodation and poet James K. Baxter wrote Small Ode On Mixed Flatting.

In the spirit of the times, I grew a moustache and furtively moved in with three women.

Nevertheless, I attended lectures regularly and, as we lived in the hill suburbs, often studied long and hard in the library.

It was also my practice sometimes to eat at a certain Dunedin milk bar.

And one gloomy Sunday afternoon I found myself seated at a table near the window, watching people struggle up the wind-blown street.

In the corner of the diner was an old television set replaying the monochrome images of a rugby league game played half-a-world away.

Behind the counter, a chubby lady took orders for steak, eggs and chips.

There was also a small book rack and when I examined the pulp offerings the name Jack Kerouac caught my attention.

The book was an anthology of new American writing and I was intrigued enough to buy it.

Kerouac dished up a kind of action prose, creating vivid word pictures from the rhetorical flood. It had an intoxicating rawness that could glorify the mundane.

I had never read On The Road or Dharma Bums but was hooked by his style.

The anthology also had interesting pieces of Americana by Hubert Selby, John Rechy, Michael Rumaker and others. A nagging itch to write had inflicted itself on me before but never like this.

I wanted to do what Kerouac and Co did.

And they had solved one of my problems - what to write about? Like them, I would write about what was going on around me.

I bought a notebook to carry in a jacket pocket and dug out an unused lecture pad.

But my early enthusiasm was stalled by the approach of exams.

Then, when they were done, I needed to find a new place to live.

As everyone knows, we writers need space.

So, when summer came I rented a flat at St Kilda, to be near the beach. Also, I got a job labouring on a council roading gang.

During the day I sweated like a pack-horse, shovelling asphalt off the back of trucks.

In the evenings I scribbled busily on sheets of ruled foolscap.

At first images poured in. Gritty impressions of the working life.

Men in overalls became Promethean heroes; muscles wrestled with machinery in the noon sun; the bitumen arteries of commerce had to stay open. When a girl I met at a party began visiting me, I scribbled less.

She was tall, with hair like straw and my interest in her began to overtake literary ambition.

Summer suddenly grew warmer and 1968 slid seamlessly into 1969. But then she left and so did my muse.

Despairing, I went back into town.

A friend of mine was in a Leith St flat and I was able to shift in, too. It was an old villa with the stream bubbling past the rear of the property.

There were four other male students living in the flat and I was now studying again.

For the moment, my interest in writing had been shelved. That year, the university arts festival was hosted by Otago.

As well as plays, concerts and exhibitions, it featured a Radical Activist Congress.

Anti-war, agnostic and libertarian, it felt good to be a paid-up member of the 1960s.

But my main interest at the festival was drama, not politics.

And somewhere, I learned that playwright Harold Pinter used to sit in pubs to overhear the conversations around him.

He was evidently fascinated by the voices and different modes of dialogue. Unfortunately, this struck a chord with me, as I found myself eavesdropping on people in public places.

I wrote down half-heard conversations in coffee bars, watched figures on the street and imagined what they might be up to.

The literary bug had returned.

Problem was, as the size of the file containing my writings grew, the quality did not.

There were verbose descriptive pieces, stories without endings and worse verse. Later that year, I read in the newspaper that Jack Kerouac had died of cirrhosis, at the age of 47.

By then I had stopped writing and gone back to reading more conventional books. And there the story should have ended, except for a curious footnote. A student I will call Roger Hammond took a room in our flat the following year.

He was a science graduate but had begun a new degree in psychology.

After a few weeks he became disappointed with the course and chucked it to become a postman.

Typically, when he had done the mail run, Roger used to retire to his room to read books, smoke his pipe and drink beer.

Buddhism and the philosophy of Friedrich Nietzsche were his main interests. Sometimes he spoke about his time in Wellington and told us he had been friends with James K. Baxter's daughter, adding that the poet himself had once been a postman.

Then we were surprised one day when Barry Crump's wife arrived to see Roger.

A writer herself, she was apparently going through a rocky patch and moved into our spare room for a while.

But as Roger was forever bringing her coffee in the room, we hardly saw her. The significance of all this was more apparent some weeks later when I answered a knock at the door.

She hesitated. "I see. Would you tell him Janet Frame called?"

Then she turned and scurried out the gate.

At the time, I hardly knew Janet Frame from the proverbial bar of soap.

But I was aware she was a writer, as a former girlfriend had read some of her books.

I told Roger of the caller and he looked thoughtful before saying he had better ring her.

By now, I was pretty impressed with Roger's role as confidant of the literati and pressed him on this, but he was unusually reticent. As the year rambled on, flat relationships got a bit fraught.

It had been the subject of some hostility after he began hanging it from a hook on the kitchen wall.

Then people got irritated by the way he nailed down his newly washed jerseys on the lounge floor to prevent them shrinking.

Some years later, I read Janet Frame's Faces In the Water and was greatly moved by it.

I even drove out to the old asylum at Seacliff and wandered around. The garden plots tended by the patients appeared to be still there.

A light drizzle began to fall as I walked back down the road to the car.