Festivities under way but blink and you'll miss them 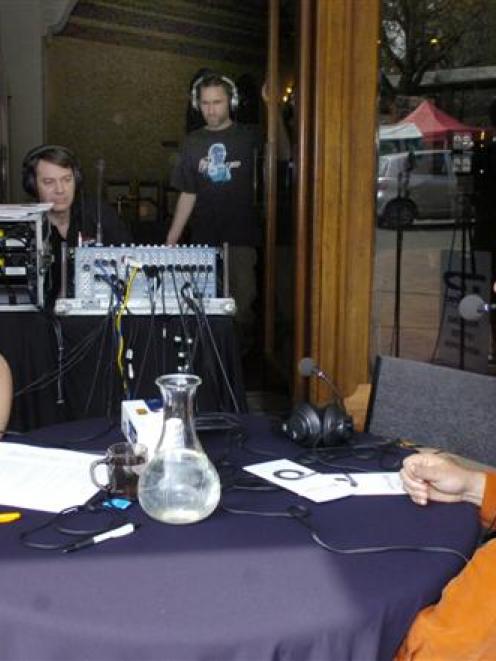 The 2008 Otago Festival of the Arts roller-coaster is out of the blocks and on its way.

And, as usual, if you blink you'll miss it.

Many of the acts have been years in the organising and several are only performing on one night.

David Helfgott has already been and gone.

The Camut Band stormed into the Regent Theatre with a performance of Afro-Latin drum and dance which was as explosive as it was extraordinary.

The Spaniards perform for the final time tonight.

The opening of the Otago Festival of the Arts was broadcast around the country yesterday with a two-hour live Radio New Zealand Concert programme from outside the Regent Theatre.

It was a reminder of just how much national and international talent is on show over the next 10 days.

Pop artist Inez Crawford launched her Bouncy Marae at the Dunedin Public Art Gallery and special festival exhibitions are being held at just about every art gallery in town.

The night's events wrapped up at the Ballentine's Festival Club in the Dunedin Town Hall, where jazz fusion exponent Subject2Change released its debut CD, 1.

The venue is a wonderful place to relax with music, wine and a late supper after the show.

The fun continues today with the opening of Opera Otago's Cosi Fan Tutte in the Mayfair Theatre and the only appearance of the Jerusalem Quartet, in the Glenroy Auditorium.

And keep an eye out for Taki Rua performers from the play Strange Resting Places entertaining at the Dunedin Farmers Market this morning.