BOYD CLARK
Best mate of Nick Chisholm and a character portrayed in Nick: An Accidental Hero. 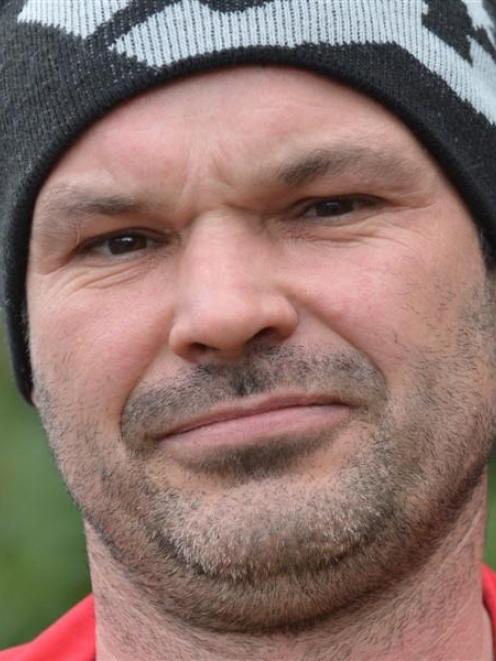 Boyd Clark.
Q When did you see the play?

I tried to go on Monday with a mate from the West Coast, who had taken the day off work and flown down for it. We went fishing and then put on our number ones and then discovered Monday night was the only night it wasn't on. He flew back Tuesday morning and still hasn't seen it. I ended up sneaking in to see it on Thursday.

Because I've got such a left-field name like Boyd, it was strange to hear your name all the time and it was hard to believe it was so long ago. I was in my 20s when it all happened. I'm in my 40s now and when she acts it out, it was like it wasn't too long ago.

Q How did you rate Renee Lyons' performance?

I thought it was amazing. That's why I'm an electrician and pull cables and she's an actress and a playwright and writes quite amazing things. It was very surreal, I was quite taken aback by it. It was surprisingly accurate. It was good, very good.

Q Who did you go with?

I ended up just going by myself because it was sold out and I didn't get tickets early enough. My partner is going with my old man tomorrow.

Q Was it difficult to watch?

Yeah, I wanted to hide in places because I know the play had to concentrate on just a few people but in reality, there was a lot of other people like me too.

Q Sounds like you don't enjoy being in the spotlight?

At the end of the play, Renee asked me up on stage and I just wanted to hide. It was hard enough doing Nick's best man speech, let alone trying to get up on stage. I probably would have got up but Liam [another Dunedin man portrayed in the play] was blocking the entrance and there was no way he was getting up and I thought, right, there's my excuse, there's my out.

Q Were Nick and Nicola Chisholm in the audience on Thursday?

Yes, when people started clearing out I went down the front and caught up with a lot of people involved - bloody good people - and relived a few memories, including some of Nick's pets. Nick had a ferret and when he got injured I had to look after the ferret and had it for years. Everyone hated the ferret and we built it a big mansion to live in. When Nick first got out of hospital for a night, we had a coming out party at my place. One of Nick's old flatmates pulled this ferret out and put it on Nick and it attached itself to Nick's lip and when she tried to yank it off, his lip was three inches long.

Q Did the ferret ever get you?

It nipped me on my thumb that bad that I had to try to drown it in a sink to get it off. It bit right through my thumbnail and because the teeth were hooked I couldn't get my other hand in to open its jaw. The more I panicked, the more it panicked and there was no way it was letting go. So I stuffed it in the sink and filled it up and it went to the last gasp. By the time it let go it was within seconds of dying and was opening its mouth like a goldfish out of water. It eventually came right. It was tough as hell. The ferret had a lot in common with Nick, it wouldn't give up.

• Nick: An Accidental Hero is on at Fortune Studio at 6.30pm tonight.