Six Dunedin men have stepped out of their comfort zones to raise awareness of mental health by sitting for Dunedin artist Anton Lambaart.

Lambaart has painted portraits of the young men to highlight the need for men, especially young men, to tell their stories and share their problems.

Titled "The stories young men keep", the exhibition is designed to show the men’s success at meeting those challenges.

"They are all successful in the end. They have met great women or confronted the past and come out the other side."

Dunedin tech company owner and rally driver Rhys Gardener is one of those who decided that highlighting men’s mental health issues overrode any concerns he had about the project.

"It’s totally outside my comfort zone but that’s another reason to do it. I have to put my own ego aside." 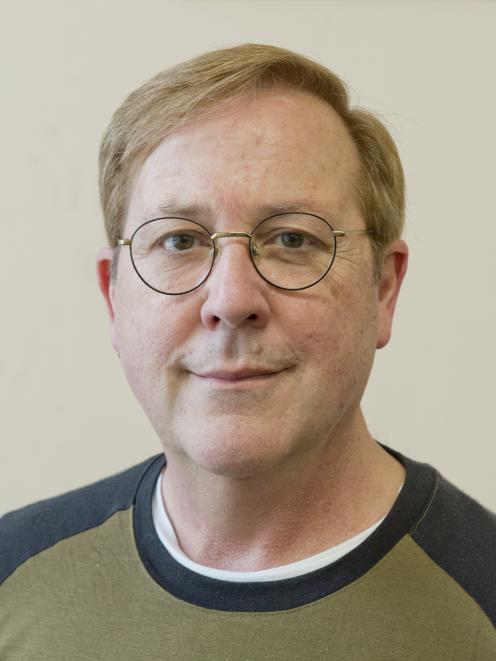 Gardener, who comes from a rural background, felt there were not enough stories about men who worked through their issues and came out the other side.

Lambaart spoke to each man about how they would like to be portrayed, but Gardener still got a shock when he saw the finished portrait.

"It’s pretty confronting. I struggled with it because it took me to the emotional state I had not experienced in a long time.

"I didn’t like that feeling, but it’s OK. It’s how you recover after you crash and burn that is important. I wouldn’t go back and undo that."

Lambaart found each of his subjects dealt with sitting for him in different ways. It took between three and five months to complete each portrait so had taken more than 18 months to pull the exhibition together.

"It’s very brave to sit for someone you have never met before; [someone] who is responsible for your story and image."

To help each of his subjects work out the symbolism of the environments in their paintings, he showed them portraits by artists Rita Angus, Colin McCahon, Andrew Wyeth, Nora Heyse and Salvador Dali.

Each portrait has been painted to draw the viewer in and in softer colours to reflect the subject’s fragility.

"It’s a style of portraiture that you can’t look away from."

Each portrait will be accompanied by poetry written by Jenny Longstaff.

Lambaart wanted to acknowledge the role women have played in each of the men’s lives — whether it’s their mother, sister or girlfriend or wife — so has included a seventh portrait in the exhibition, a woman who is pregnant with her second son.

"Her boys will go through similar issues. It shows men need feminine strength."

Tattoo artist Matt Wilson met Lambaart after the artist asked him about his tattoos while in a cafe and thought the concept was really cool.

He wholeheartedly supported the idea that men needed to talk about their mental health more. So much so, he recently submitted his own work for a Mental Health Week exhibition.

"To some degree, everyone has mental health issues. A lot of young men have lost their lives to depression, so it is close to home."

He felt Lambaart has portrayed him well and captured him how he imagined himself.

Kyle De Koning, on the other hand, found Lambaart had captured a different side to the one he usually presents.

He found the process of sitting for Lambaart to be more personal than he first thought.

"It’s such an important aspect of life to show vulnerability."

urged young men to talk to others as hearing different perspectives could be life changing.

"This whole experience has been very valuable and taught me a lot."