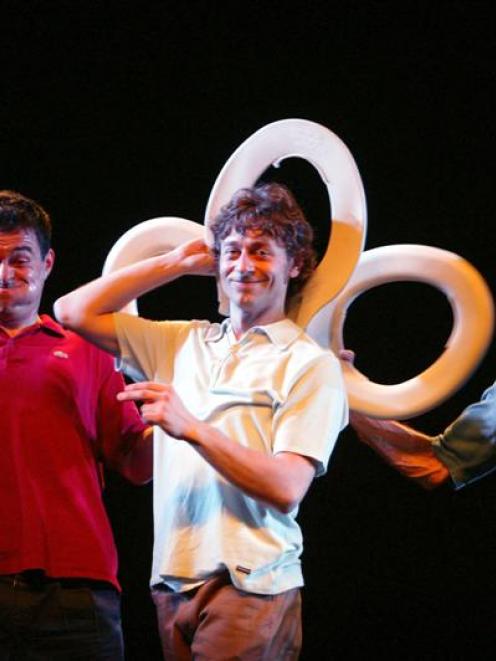 Catch Tricicle at the Regent Theatre at 8pm on Tuesday and Wednesday.

What led you into a life of performing comedy?

"It was almost a need, something almost unconscious that came out naturally."

Who or what have been major influences in your career path?

"From the classics of mute cinema.

''From Cary Grant, Jacques Tati, Billi Wylder and all those that have unified humour and gesture."

We do not readily associate Spain with comedy.Why do you think Tricicle is so successful internationally?

''Catalonia and also Spain is probably more popular for drama than comedy, but this doesn't follow the reality.

''We belong to a country with a lot of sense of humour."

There is so much comedy on TV now, what dimension do you think live theatre brings to comedy performance?

"I think that being able to see a show live is a luxury.

''Live performance has something magic that cinema will never have, neither TV.

''To feel the actors right there in front of you, this is something really exceptional and priceless."

What rewards do you get from performing?

"The laugh of the audience."

Tell us about a high point in your career

"Every day when we see the theatre full of public."

What's been the funniest unplanned thing to happen?