Spanish trio out to amuse, enthuse and bemuse 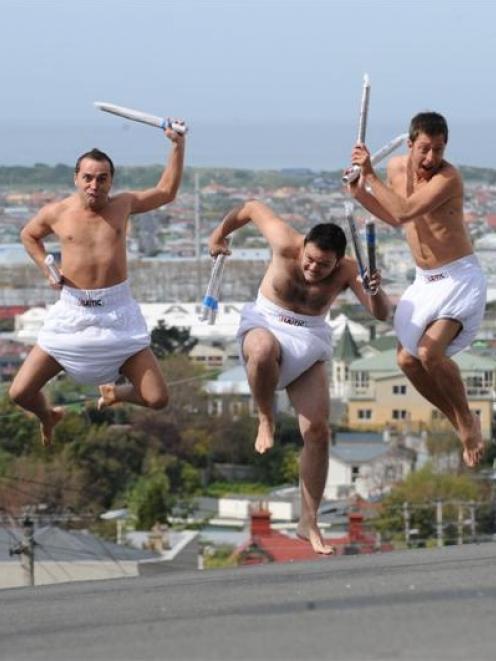 After learning the Otago Daily Times was sponsoring their Otago Festival of the Arts performances, the trio insisted on repaying the favour by helping deliver the ODT yesterday morning.

"We help you back, yes? We are very happy to be here. It's our first time here," Antonio del Valle said.

"We only knew New Zealand from the television programmes and the books. We know it is a country of great natural beauty."

Described as "the modern-day Marx Brothers", Tricicle have gained an international reputation with their colourful mime-based skits.

The troupe was founded in Barcelona in 1979 and will mark its 30th anniversary next year.

"The secret is everybody, whether China or France or United States, we all love to see comical situations and to see people ridiculous," del Valle said.

"We all like to laugh. This is international from here to the moon."

The two-hour performances, part of the Otago Festival of the Arts, were a mixture of "clowning, circus and theatre", he said.

"We like to make laugh for all the family. When we see how we make people laugh, that is a very great satisfaction for us," he said.

"We are inspired by reality, because reality is so, so funny. Everyone will laugh at this show - from the grandfather to the nephew and the son of the son."

Tricicle performs at 8pm today and tomorrow in the Regent Theatre.