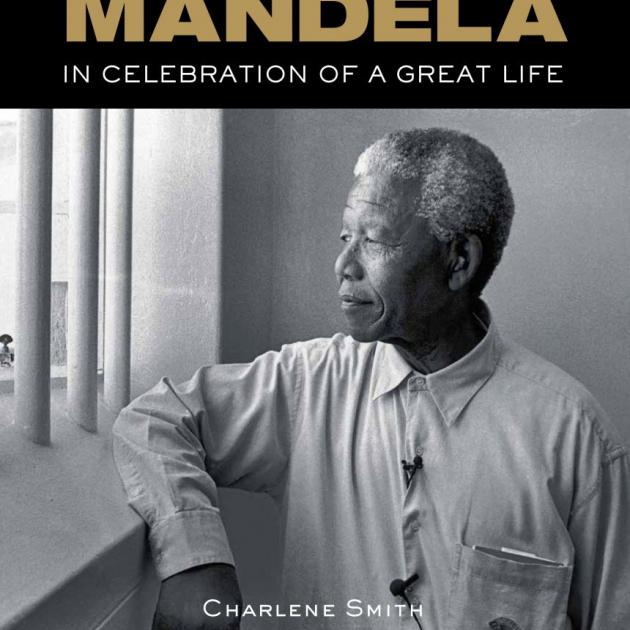 MANDELA: IN CELEBRATION OF A GREAT LIFE<br><b>Charlene Smith</b><br><i>New Holland</i>
Charlene Smith needs little introduction in media circles around the world.

As a political correspondent for Business Day, she was invited by Mandela shortly after his release from prison to interview him and became the envy of many when these sessions, as regular as four times a week, began a professional relationship built around trust and respect.

This, combined with her background in South Africa's anti-apartheid movement, mean there would be few others that could pen such an in-depth account of Mandela's life.

No other statesman, apart from Mahatma Gandhi, whose life was also forged by South African racism, has aroused deep-seated affection from a country's people, and the world at large, than Nelson Mandela. Both united their bitter enemies by setting personal examples of their own humility in an effort to unite a country torn apart by racially segregated bigotry.

Born on July 18, 1918, Mandela's leadership qualities were recognised at a young age when he was elected onto the Students' Representative Council at the University of Fort Hare in 1930. He was later suspended for joining a boycott. 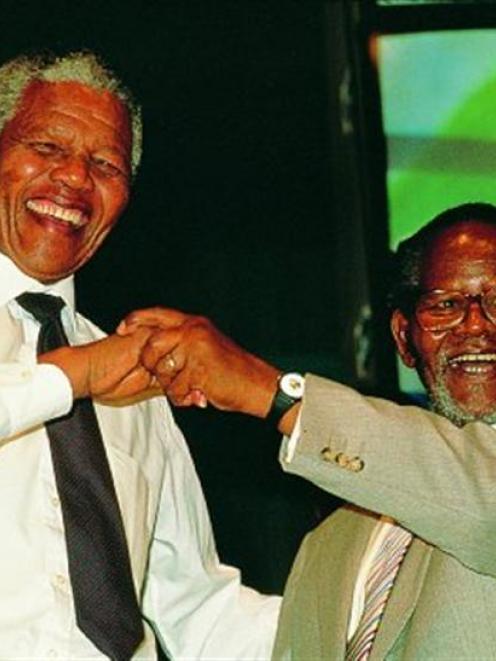 Friends and comrades Nelson Mandela and Oliver Tambo in 1990 in an image from <i>Mandela: In Celebration of a Great Life</i>. Photo by Gallo Images.
Ten years later and fleeing an arranged marriage, he travelled to Johannesburg to study law, joined the African National Congress (ANC) and formed the ANC Youth League, and his life's path was set.

Smith's work is all encompassing, taking the reader on a journey through Mandela's life against the backdrop of a racially segregated South Africa, three marriages and incidents that grabbed world-wide attention such as those at Sharpeville and Sowetto.

Some detail she documents, although historical fact, would not be for the squeamish, as Smith uncovers South Africa's dark past. None more so than the degradation many faced at the hands of authorities while imprisoned, particularly that endured by Winnie Mandela.

Meanwhile Nelson, she states, tended to arrogance before prison. But the hardship taught him patience, compassion, respect and how to be humble. Before his imprisonment in 1963, he had endured a four-year treason trial along with 155 others, which ran from 1956 until its collapse in 1961. Of the eight sentenced to life imprisonment at the Rivonia Trial in 1963, Mandela was the last to be released, on February 11, 1990.

But it was Mandela's willingness to negotiate with his enemies after his release from almost three decades behind bars, that averted a possible blood bath in South Africa, and just as Gandhi achieved for India, will forever be immortalised in South African and world history.

This new edition of the book was updated to include more recent coverage of events in Mandela's life since he stood down from public duty, and was printed before his death.

Win a copy
The ODT has five copies of Mandela: In Celebration of a Great Life, by Charlene Smith (RRP$49.99), to give away courtesy of publisher New Holland. For your chance to win a copy, email playtime@odt.co.nz with your name and postal address in the body of the email, and ''Mandela Book Competition'' in the subject line, by 5pm on Tuesday, March 4.