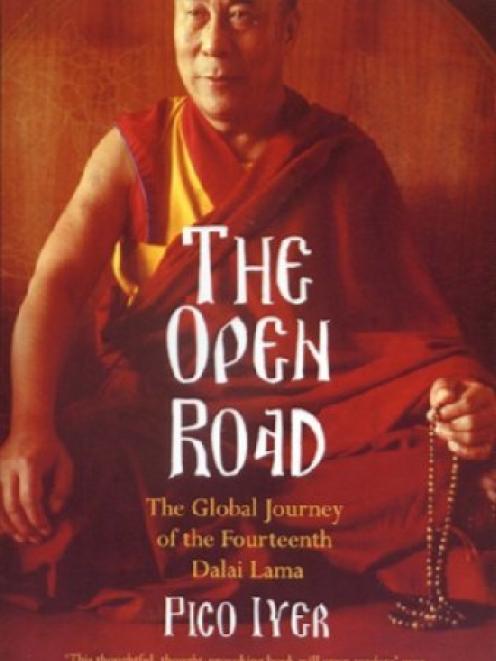 The Dalai Lama is both the political and religious leader of the exiled Tibetans - and considered a god by some.

The conflicting issues this raises, both for the Tibetans and the rest of the world, are discussed in Pico Iyer's thoughtful and thought-provoking book, The Open Road: The global journey of the fourteenth Dalai Lama (Bloomsbury, pbk, $38).

With a global perspective and a profound ability to see several sides of a story (his parents were Oxford philosophers and friends of the Dalai Lama) Iyer examines the Dalai Lama's work and ideas and the paradoxes that surround him.

He preaches compassion, kindness and non-violence to his people, many of whom want to rebel against the Chinese occupying and absorbing their country.

He promotes globalism and technology, and yet is a Buddhist monk involved in meditation, rituals and mysticism.

Although selected as a reincarnation of his predecessor, he supports democracy and suggests his successor should be elected.

Iyer sees the Dalai Lama as a global figure and an agent for change, like Nelson Mandela or Vaclav Havel.

As he points out, and as the Dalai Lama preaches, everything changes and everything is interdependent, and sudden, totally unexpected things can happen, like the Berlin Wall suddenly coming down or apartheid collapsing - or Tibet's difficulties being resolved.