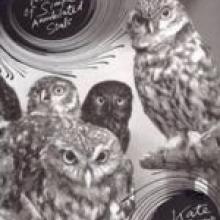 Kate Camp's first collection of poems was Unfamiliar Legends of the Stars (VUP, 1998).

It was bright, sparkly stuff.

Her fourth collection, The Mirror of Simple Annihilated Souls, turns down a dark path.

The first author of a book with the same title was burnt at the stake for heresy in 1310.

Poems in this little collection include "When things get broken we recount their history":

...One by one
I am smashing
the knicknacks
of the past.
To smithereens I blow
the family of owls
and tragically the tiny glass
hand-painted flowers
we drank from
through baby teeth . . .

This is an unnerving and disorientating trip for a reader.

But this poet is hunting bigger game than thrills.

Camp's poems sound like a mind blown wide but never to pieces. She is one cool chick. 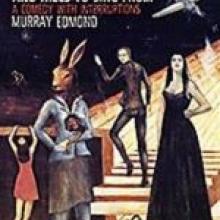 WALLS TO KICK AND HILLS TO SING FROM: A COMEDY WITH INTERRUPTIONS
Murray Edmond
Auckland University Press, $24.99, pbk

Murray Edmond is a poet, playwright, teacher, editor and critic. His last collection, Fool Moon (AUP, 2004), had a poem disguised as a plan, "The Future is Stupid".

This latest collection, his 10th, Walls to Kick and Hills to Sing From: A Comedy With Interruptions is full of them.

Gone is the relaxed, laid-back feel.

These new poems are tough, mean and sharp.

A theatrical assemblage of language and form is arranged in six acts.

Edmond throws in ballads, dialogues, the odd chorus and songs.

One poem finds Rokossovsky, a Soviet general of Polish origin, who sat on the bank of the Vistula while Warsaw was destroyed in 1944.

The man who found the severed hand in the box of Kentucky Fried
which had been chucked over his fence onto his manicured front lawn
decided this was the moment to change his life ...

Edmond is never afraid to say what is on his mind.

"The Gates of Paradise" is a neat full-stop to a collection that charts new territory while remaining true to its creator's fierce, experimental spirit.

Nothing wrong with smart, weird and wild.

Harvey McQueen is in his 70s. Goya Rules is his seventh collection of poems, his first in six years.

Goya was one of the most approachable of painters.

His verse looks at growing old and moves into territory that can be puzzling and emotionally disturbing for the reader.

Yet, these poems are rewarding.

I especially enjoyed the final section of this slim volume, "A Short Historical Blog".

Like Bill Manhire did recently, he too looks at "The Fifties".

"32 Men Got Away from Colditz" paints a simple picture with deep meaning.

Eva Hitler commits suicide
30 April 1945.
The SS manfurtively fumbles her left breast
as he carries the body for burning

Goya Rules is rich and cathartic.

Some of the poems seem very similar, but they are all imbued with something likeable.

It is easy to forgive the sense of deja vu.

The Worm in the Tequila, by Geoff Cochrane, is his 11th collection. Cochrane, who lives in Wellington, near the airport, had had a life full of suffering with alcoholism, diabetes and asthma.

Warm air broke like a wave
upon us, awakening us.
In sleep I dreamed
I had broad moons
of restfulness to give you.
Now alone, a blackbird gets inside and he looks backwards.

"The Lich-Gate": ...
So, as Neil Young sang his hurricane of need
In the lit and brittle bottle shop replete,
My life was mine as coins are brown and few
And the undertakers fattened roses blew.

A sense of loss is real.

It is given expression in "a year's supply of Edge and Optimism".

Ducks return to a hollow in the asphalt where a pond used to be.

Once again Cochrane's poems successfully flit between being haunting and heart-achingly vulnerable.

The Worm in the Tequila is a tough-minded trip through some serious trauma.

He plays to his strengths and produces devastating poems.

At times, things come slightly unstuck, but Cochrane is not worried in the least.

After writing some amazing short stories, he needed to give his poems greater latitude and take greater risks.

Sleepwalking is dedicated to his editor, friend and switched-on poet, Anna Rogers.

There are more than 75 poems and he has certainly found his mojo, delivering poems on love, loss, longing, regret and ageing.

He looks at old girlfriends, wind, dogs and students.

His poetry is bright, confident and compelling. Sleepwalking is a fascinating pleasure.

This time around, Marshall sizzles.

He is hot to touch.

It has taken Basim Furat a few years to produce his second collection, No Boat May Allow Drowning to Vanish. His first, Here and There (Headworx, 2004), brought up memories of Arabian jasmine, peacocks, doves, nightingales, date palms and oranges.

He has had a tough life.

His father died when he was 2; later he was pushed into compulsory military service for the Iraqi army in the second Gulf War.

In New Zealand, he married before moving to different parts of Asia.

All of this gets another airing in No Boat.

I wonder if some of the impact has been lost in translation.

"The Moon That Excels in Nothing but Waiting":

The moon that excels in nothing
but waiting
before his fingers
is tilling his waiting
with waiting
promising his moments with gifts
and dreaming to shake hands
with the morning
while it is waking in his hands.

Furat sounds like he is having a good time.

Perhaps No Boat May Allow Drowning to Vanish, is a little overstuffed with ideas.