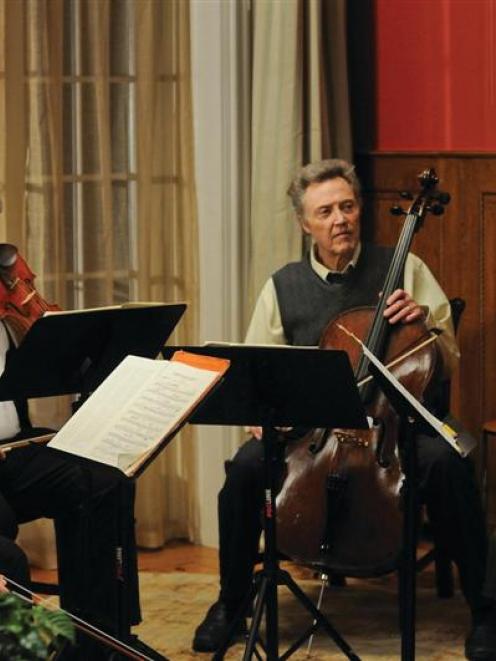 Not to be confused with the 1968 film of the same name, this Performance (called A Late Quartet in the US) has none of the sex, drugs and rock 'n' roll of its namesake, but in many respects mirrors the themes explored in any film about collaborating musicians.

On paper the premise sounds pretty dull: four individuals bound together by their love of classical music and commitment to a quartet that is about to mark its 25th anniversary, suddenly are thrown into turmoil by the impending departure of their leader.

Technically, Performance is an accomplished piece of film-making befitting the music in flaming the passions of the musicians. But, it never really gets out of first gear.

As actors aping the mannerisms of the musicians they purport to be, the illusion is kept intact, but you have to really care about the score to seize on all the little references casually dropped into the script.

Discovering that he has the early symptoms of Parkinson's disease, cellist and leader of the quartet Peter (Walken) tries to suggest a suitable replacement, who doesn't exactly sit well with the other three.

They in turn seem oblivious to his dilemma, as their own little agendas gradually impact on the quartet's future.

As the group self-destructs, there are hints of something profound about to occur, but they are only hints. Eventually, the narrative desire to tie up loose ends prevails and the love of music transcends the turmoil. Sound twee?

Well, Performance isn't actually all that bad; it just promises a lot more than it delivers.

See it with: Good hearing.