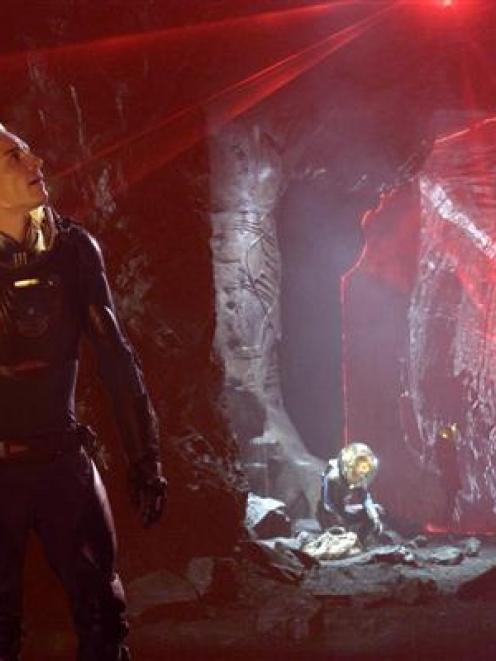 Ridley Scott directed the first Alien movie in 1979 so he is returning to his baby.

However, Prometheus (Rialto and Hoyts) is not "Alien 5" with a funny title. It is a prequel with an entirely new crew off to discover that aliens can be bad for your health.

After persuading some mega-rich guy to fund them, they find themselves in deep space about to make contact.

Their spaceship is manned by a robot called David (Michael Fassbender) various crew and overseen by Meredith Vickers (Charlize Theron), who might as well be a robot.

Elizabeth and Charlie are all about the science, but how far can they trust the others?

Where Prometheus falls short is that, with the exception of one sequence, the action comes across as silly and weak.

Fans will still want to see this but as we all know, there is only one Ripley.

Best thing: It looks amazing and for once the 3-D adds texture to the images rather than being a look-made-you-duck parlour game.
Worst thing: The title. Who wants to see something they cannot pronounce?
See it with: The knowledge that nothing will ever freak you out as much as seeing what happened to John Hurt in the first movie.