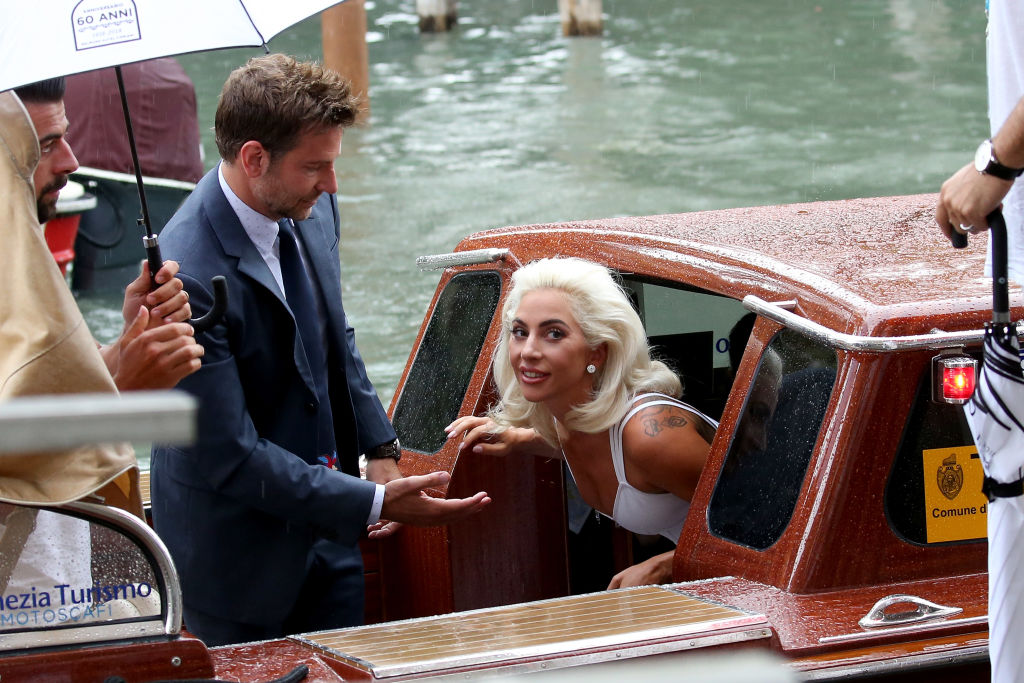 The stars of A Star is Born, Lady Gaga and Bradley Cooper, arrive by water taxi at the 75th Venice Film Festival in August. Photo: Getty
New Zealand's Chief Censor is questioning its classification processes, after a suicide scene in a A Star Is Born distressed some viewers.

The Office of Film and Literature Classification added a suicide warning to the recently released film A Star Is Born, just days after its release, following reports of young viewers being deeply affected by the content.

The film, starring Lady Gaga and Bradley Cooper, is a remake of a Hollywood classic and has received positive reviews on the global stage.

It was rated M in Australia making it automatically an M in New Zealand.

However, Chief Censor David Shanks said it did bring into question whether cross rating regulations with Australia were fit for purpose.

"There is definitely additional attention that needs to be paid in New Zealand with the vulnerable population we have, that could be affected by this content," he said.

Mr Shanks said it was a matter at looking at what other overseas censors were doing and seeing if there was anything else that needed to be done here.

He said the amount of films and publications that needed a suicide warning sky-rocketed in recent years.

Mr Shanks told Morning Report concerns came through only after a few days of the film's release.

"I wouldn't want to go into the event that alerted us initially, but we did have some viewers who were impacted very strongly by this film and we were told about that," he said.

Mental Health Foundation chief executive Shaun Robinson said dozens of people contacted the organisation distressed with the content in A Star Is Born.

Mr Robinson said it had also caused further grief for those who have been bereaved by suicide.

He said being confronted with suicide in such a way would affect some viewers more than others.

"People really needed to have that warning so that they could make an informed decision, when they were going to the movie," he said.

"It's really flying in the face of what is internationally known evidence around what keeps people safe and what doesn't."

He said this film as well as series like Thirteen Reasons Why show why the censorship laws and regulations need to be changed.