Virtual food a recipe for success 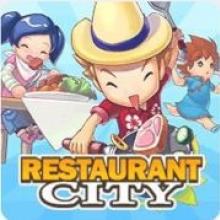 Tom Byron's restaurant, Pink Castle, is painted cotton-candy pink and topped with blue turrets. Inside, the castle resembles an old-fashioned diner with booths, checkered floors, balloons, video games and salsa music on the jukebox. Its most famous dish is a Pink Burger.

Pink Castle has been such a success for Byron that he says he'd like to franchise it. On Facebook.

"I think we all have harboured ideas of starting our own restaurant because it seems easy. Until you talk to the relative who opened a restaurant and owned a restaurant and you realise: keep it virtual," Mr Byron (47), a devoted player of the Facebook gaming sensation Restaurant City, says.

He is one of the millions of monthly users of the game, and Pink Castle is one of 10 million virtual restaurants opened since the game was launched five months ago.

Restaurant City was created by Playfish, a company that specialises in social games for platforms including Facebook, MySpace, Google and iPhone. The game is the second most popular in Playfish's portfolio and the fastest growing.

Restaurant City is profoundly basic - so much so that its addictive qualities tend to sneak up on the casual interloper.

The main goals are fourfold: decorate your restaurant on the inside and out; keep your employees (whom you hire from among your Facebook friends) fuelled on water, apples and sandwiches; arrange the furniture in your restaurant to optimise your workers' forward-moving progress, and keep the game's virtual diners happy with a menu you have created by buying and trading various ingredients.

If you do all of this, you will make money and your popularity rating will soar, allowing you to advance to bigger and better restaurant floor plans and purchase snazzy stoves, doors, tables, tiles, wallpaper, toilets, drink machines, plants, ingredients and employee uniforms.

"The general theme of food is one of the most universal themes you can think of," Sebastien de Halleux, chief operating officer and co-founder of Playfish, said. "We give people a chance to express their dream."

Often those dreams take on an element of cheeky fun.

Especially since you can hire your friends and put them to work as janitors, waiters or chefs and dress them in whatever you want. The employees of Pink Castle wear pink bunny suits, for example.

Her restaurant has a rustic look, with fireplaces, wooden chairs and pizza ovens. She plays the game with her husband, who is also a cook, and laments that his restaurant is called Tackorama to Go.

"He has no eye for design," she says.

However, most Restaurant City users do. If you stroll down Gourmet St, you can gawk at star establishments that others have created.

The players in charge of these restaurants have amassed the ingredients necessary to serve the game's more elaborate recipes, including Camembert baked in a box, lamb samosas, and seafood paella.

The universe of Restaurant City - unlike the real world - favours function over form.

An aesthetically beautiful restaurant will get only so far in the game. It's how you set-up your restaurant that will score points. For example, putting your tables uncomfortably close to your stoves will mean your waiters don't have to travel as far to run food and bus tables.

"The most requested feature of the moment are doors for the bathrooms," he says.

Also, users like Mrs Wegis clamour for a greater sense of urgency within the game (there is no losing, only a messy restaurant) and for the ability to franchise.

Mr Byron, a former games marketer, is on level 25 (out of 27) but doesn't mind starting over.

"I've blown up my restaurant and reinvented it a couple of times . . . Once I had a place called Lord of the Wing, but I couldn't build a menu around that," he says.