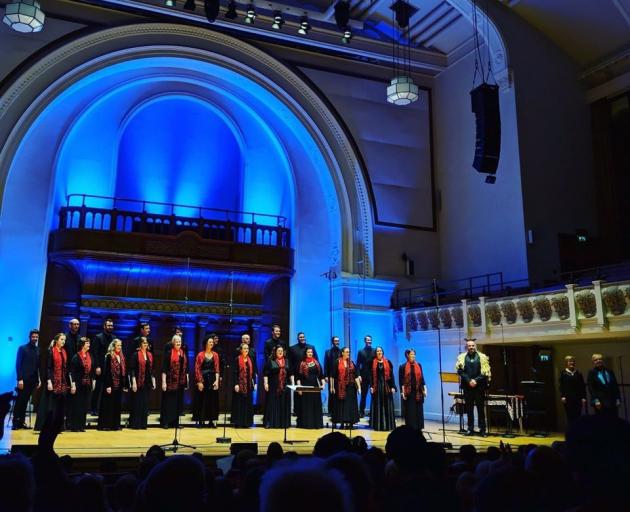 Voices New Zealand, which is touring New Zealand with Follow the Star, performs in Cadogan Hall, London, during the choir’s 2018 European Tour to London, Hamburg, Berlin, Aix-en-Provence and Barcelona. Photo: Supplied
Former Alexandra boy Brendon Shanks will perform with Voices New Zealand in Dunedin this weekend. He tells Rebecca Fox about his love of choral singing.

By day, Brendon Shanks works on the acoustics of different constructions, but at nights and on weekends he puts a building's acoustics to the test.

Shanks, a tenor, is a member of Voices New Zealand, essentially New Zealand's chamber choir, which will put the acoustics of Dunedin's St Paul's Cathedral to the test on Saturday with a programme of Christmas music. 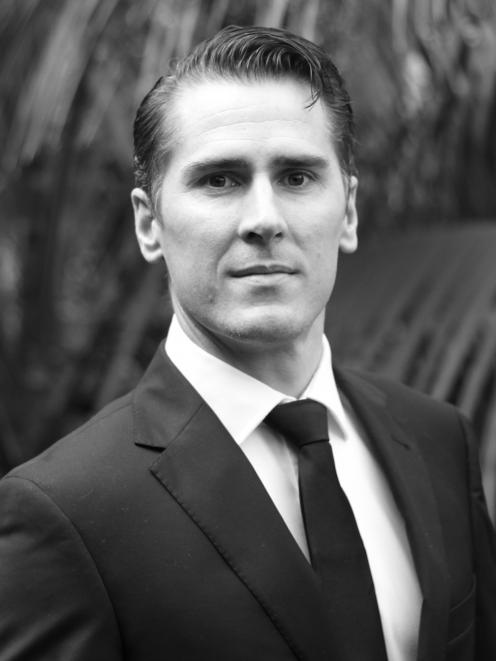 Brendon Shanks.
He has been mixing science with the arts for many years studying physics and music at University of Otago.

''They were very different courses but the combination of arts and science gives a good balance to life, I think.''

Shanks, an acoustics engineer, was lucky to discover a career path which combined his love of music with physics.

''Marshall Day are one of the top acoustics companies in the world, so I was lucky that they took me on after graduating and trained me up on the job.''

Now he works in two areas - building acoustics, which involves working with a team to design the acoustics of a space, and environmental acoustics, which looks at how sounds from outside forces impact on a space.

''Both have interesting challenges.''

His singing background comes in helpful when he is involved in designing musical spaces as he has an understanding of musical styles and what it is like to perform in different spaces.

''The science involved in my job is nicely balanced by singing in choirs. Having said that, many of the people I work with are talented musicians.'' 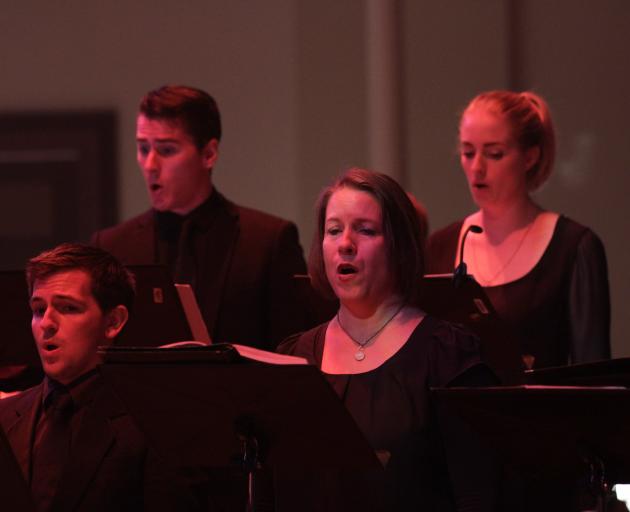 Brendon Shanks (top left) performs Passio at the Auckland Arts Festival with Voices New Zealand. Photo: Trudie Kessick
Shanks began singing while he was at primary school in Alexandra and performed in a couple of local musicals.

While there was always music around his house - mainly country music or his dad on his guitar - he did not really discover choral music until he was selected for the New Zealand Secondary School's Choir when he was 15.

''I introduced my parents to choral music and they're pretty discerning critics now.''

He had very little experience with large choirs when he was selected and found himself in awe of some of the choir's members who came from large school choirs.

''I was at Dunstan High School which, at the time, had a small group of good singers, but not enough to make much of a choir. I'm proud to see this has changed in the last few years.''

Being involved in youth choirs growing up has enabled Shanks to work with ''some amazing musicians'' and learn about music.

''Most importantly, it's a great way to meet like-minded people, particularly in the nationally selected choirs. This is still true for me with a group like Voices.''

Choral music appealed to Shanks as a child because he enjoyed the thrill of performing and seeing the reaction of the audience, but these days it's contributing to a ''bigger sound'' that is more important to him.

''I guess it's similar to any musical group, but in a choir, the instruments are the people and this adds a personal connection. You are bringing your voice and your musicanship and blending it with others.

''I still get a thrill being inside that.''

Shanks says that as a member of the New Zealand Secondary School's Choir it was his goal to sing for Voices.

''Because of the high level of experience and musicianship, this group can achieve a high standard in a short time. It also means Voices can tackle some challenging repertoire.''

As part of such a group, there are times when a part is just background texture and other moments when it is the most important line.

''When everyone in the group understands this, you can produce some amazing moments.''

To perform in a group such as Voices, which was founded in 1998 by artistic director Dr Karen Grylls and is made up of a core of 24 singers, members require not only a good voice, but the ability to pick up music quickly and know how to prepare, he says.

''We tend to have relatively little rehearsal time, so you need to have done some work beforehand. This can be tricky, particularly with new compositions where you can't listen to someone else's recording to get an idea of how a piece goes.''

That skill will come to play in the Dunedin concert when Voices perform a lot of new commissions for the tour and Dunedin composer Anthony Ritchie's arrangement of Es ist ein Ros entsprungen.

''This German carol is one of my favourite Christmas melodies ... I think Anthony's arrangement will be particularly stunning in the beautiful acoustics of St Paul's.''

Shanks also took the opportunity to broaden his singing experience when he did his OE in the United Kingdom.

''There are so many opportunities in London. That is the main difference between New Zealand and the UK. We have several Kiwi singers who are working as professional choral singers in the UK, including Dunedin singers Karl Read and Nick Madden.''

In New Zealand, there is not enough of a demand for a group such as Voices to provide full-time jobs.

''The profile of Voices NZ has been growing over the past few years but, ultimately, it would be great for the general public to be as familiar with the Voices NZ name as they are with the likes of the New Zealand Symphony Orchestra.''

While overseas, Shanks sang in Rome, Vienna, Budapest and Barcelona.

''I was lucky enough to fill-in singing for services in Westminster Abbey and St Paul's Cathedral when their choirs were on holiday.''

But it was a performance with the New Zealand Youth Choir in 2004 that stands out as a highlight.

The choir was singing in a cathedral in Slovenia, where there is a strong tradition of choral music.

The choir had sung a couple of pieces during the service, before the concert, and many parishioners stayed on to listen.

He remembers by halfway through the concert, the seats were full and more were standing at the back.

''We all felt like the concert went very well, but the response of the audience at the end was unreal. We walked out to a standing ovation.

''You never quite know what kind of response you're going to get when you travel overseas, so to receive such a response from this crowd was quite a buzz.''