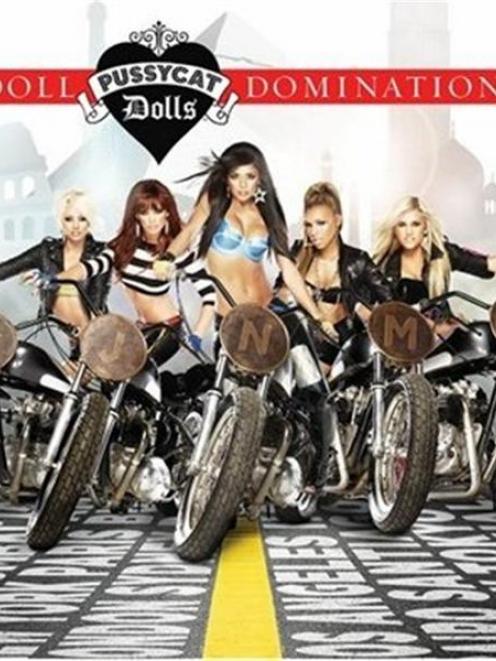 The queens of commericalism dot the Is and cross the Ts in their latest soulless outing.

It's shaping up to be quite a time for American feminism.

First, we have Republican vice-presidential nominee Sarah Palin, about whom you might have read something in the past few weeks.

Now the Pussycat Dolls, a burlesque troupe turned top-40 act, have made a collection of electro-pop songs that are the opposite of sex: belligerent come-ons and odes to singledom stripped of pleasure, adventure or anything resembling fun.

Both instances capture a particular moment in the woman-as-cultural-cipher debate, but at least Palin's nouveaux-Fargo accent doesn't come with a leather corset.

When I Grow Up is the album's first single and ideological centerpiece.

Built off a filling-loosening house beat and the Dolls' smug cackling, it's so shameless in its celebration of the monoculture of moneyed youth that it transcends taste.

It's more of a "95 Theses" as penned by Kim Kardashian and nailed to Viacom's front door with the shards of a broken BlackBerry - we demand to be on TV; to drive nice cars; to have groupies.

There's nothing that comes within sniffing distance of Don't Cha, the Cee-Lo penned bit of winking R&B that announced their presence to the world.

Instead, Doll Domination is a series of signifiers to other, more interesting, moments in recent pop culture.

Especially after a summer when something as weird as A Millie or frothy as American Boy could rule the radio, the record seems less an album than a list of itemised expenses: a few grand for a twinkly piano ballad, a few more for the galloping Timbaland swipe and a few hundred to wash away the film of cynicism that coats everyone involved with Doll Domination.