On the floor: Break from motherhood 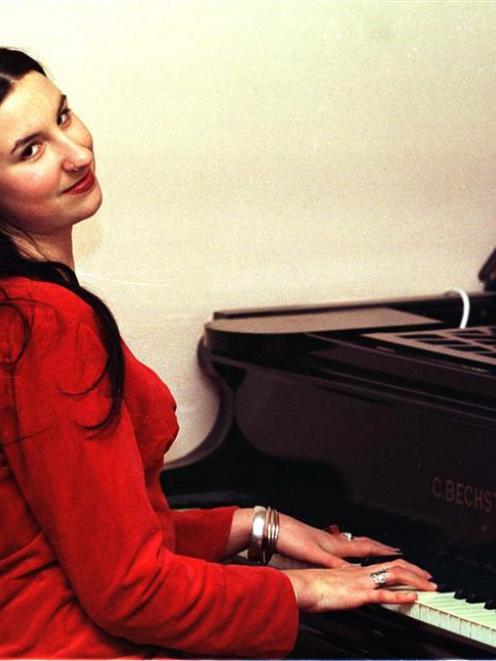 Emmanuelle Gomez
Tonight, Circadian Rhythm is going to be alive from 8pm with the sound of poetry and music, in that order.

Taking the stage for the music team is AJ Sharma, The New Self and Emmanuelle Gomez.

I caught up with Emmanuelle Gomez earlier in the week between nappy changes for her daughter. As a new mother, it's been a while since Gomez has played live, although she has kept her hand in.

"I've mostly been playing at weddings and wakes," she said.

She says motherhood has definitely changed her music.

"It's definitely improved the process. Writing and rehearsing have to be done far more efficiently and there's no time to agonize over the details anymore."

Gomez says she does find the time to write music around whanau duties, and it can turn into a family affair.

"I've got a notebook on the piano and generally have a few works in progress at once. I try to grab the inspiration when it hits, although it isn't always possible. I wonder how many great tunes have ended up in the nachos or the laundry instead of the notebook.

"Sometimes my daughter bangs away on the piano beside me, like I did with my mum, which is beautifully nostalgic. I try not to think consciously about whether or not a song is finished anymore. When it comes to gig time I'll play it anyway, so it sort of gets work-shopped and improvised into completion."

Being a piano-based songwriter can have its downfalls, such as having to lug a large electric keyboard to and from venues, but it's still not motivation enough for her to take up the guitar.

Gomez has a couple of recording projects on the go.

"Songs for your daughter to listen to is a selection of positive-themed messages targeted towards `tweenage' girls growing up in today's society and focusing on self-esteem and inner strength.

"I'm also working on 11 songs for an album but this is a medium- to long-term project as I want to select from 20 and I've only written six so far."